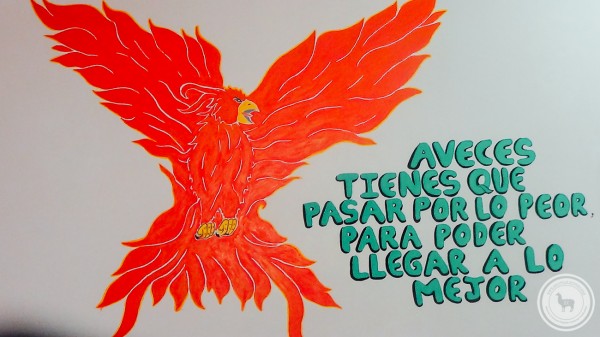 A Detention Centre for Adolescents Tries the Restorative-Justice Route

I am sitting in Café Urbano in Sopocachi listening to ‘El Fénix’, a song by paceño rapper-songwriter Fercho. The lyrics, set to hip-hop beats with Latin flavour, tell a story of redemption – Fercho’s own.

‘I'm gonna get out of this hole that I stuck myself into,’ Fercho raps in Spanish. ‘I'll live again / like a phoenix, I'll be reborn / Run like the times, fly with the wind / Free and unimpeded.’

Fercho, the stage name of Luis Fernando Gutiérrez Eyzaguirre, is short and athletic with light brown skin and a shy smile. He was orphaned at 12 years old and subsequently got involved with petty crime, including robbery. In 2012, when he was 20, he was convicted of aggravated assault. As an adult, he could have been sent to the San Pedro prison in central La Paz, but instead he was sent to Qalauma, the first juvenile social-rehabilitation centre of its kind in Bolivia. He served a 20 month sentence and was then released on probation for good behaviour.

Since opening in 2012, Qalauma, which is located about 20 kilometres south of La Paz on the altiplano, has housed approximately 600 teenagers and adolescents between the ages of 15 and 25. The centre’s approach to social rehabilitation is based on the idea of ‘restorative justice’, which takes a more human and holistic approach in working with inmates than other detention centres. Qalauma tries to change the punitive essence of the penitentiary system towards a more humane treatment of the incarcerated.

Qalauma is an Aymara word meaning ‘the drop of water that carves the stone’. The name itself is full of symbolism and serves as a metaphor for both the judicial and penitentiary systems and attempts towards the reform of these systems. The ‘stone’ symbolises the hard and rigid nature of the judicial system and its punitive approach. It also represents the existing prejudice towards inmates in Bolivia. The ‘drop of water’ symbolises the notion that change can happen through perseverance and conviction.

In more traditional penitentiary systems, the aim is to punish offenders with no reconciliation for the victim or community. However, the restorative-justice approach at Qalauma turns the idea around by focusing on the needs of both the victim and the offender, as well as involving the community. The center’s restorative justice process involves three stages of rehabilitation. First, a personalized diagnosis of each offender is created to identify what factors and conditions led him to commit a crime and an individualized strategy is identified to help mitigate past traumas. Second, education and training is provided to the offenders, in the form of professional workshops. Third, the center offers therapy sessions in which family members and victims can confront the offender.

Around half of the inmates in Qalauma had dropped out of school before being incarcerated, so the training and workshops are particularly valuable to the young offenders. For Fercho, the education and musical workshops he received at the centre provided the opportunity to record an album called La Misión. Because of prejudice that society has towards inmates, he’s had difficulty finding work. ‘I couldn't find a steady job and I was often overworked and underpaid,’ Fernando says. ‘It's a stigma you carry.’ He currently works part-time, selling mail-order items – clothes, perfumes, jewellery – door to door.

Despite obvious challenges, the experiences of the inmates at Qalauma have had significant positive effects. Since it opened less than five years ago, the rate of all all former inmates that have relapsed back into criminal activity remains less than 7 percent. Qalauma's successful model has paved the way for reform of the juvenile judicial and penitentiary systems. It now serves as an example that is being copied throughout Bolivia.

Although he doesn't recall his time locked up as a pleasant experience, Fercho is thankful for the help he received there. ‘If it weren't for Qalauma, I don't know where I'd be right now,’ he admits. ‘It helped me realize that I'd need a change in life.’