From Bhutan to Bolivia 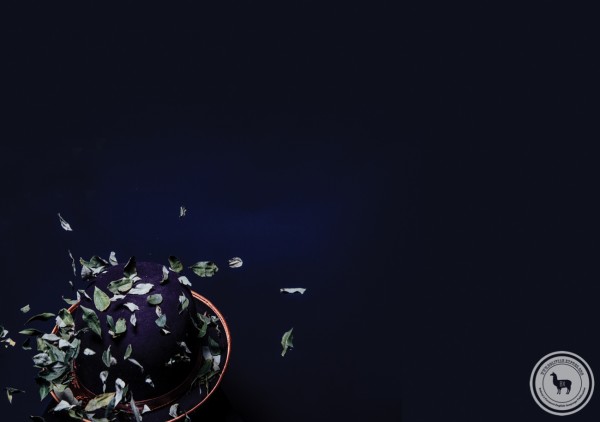 The Challenges of Measuring Living Well

‘This is the challenge of our generation,’ states Simon Yampara, a leading Aymara sociologist, speaking at the presentation of his new book Suma Qama Qamaña. And yet, as I listen to Yampara and his fellow academics discuss Suma Qama Qamaña and Vivir Bien (Living Well) at the Universidad Mayor de San Andrés (UMSA) in central La Paz, I look around and notice that I, a young Englishman who has spent all but two weeks in Bolivia, am the only person under the age of 30 in the room, aside from Ecuadorian thinker Atawallpa Oviedo’s infant child.

When Javier Medina comes to the podium, he begins by saying that he had prepared a talk to explain the concept to university students, but there are none in the room. It comes as both a surprise and a monumental disappointment to the panel. Plenty of engaged listeners, yes, but an entire generation, the generation who are to take this challenge forward, absent.

‘Living Well’ is the guiding principle and the ultimate goal of the Plurinational State of Bolivia since its symbolic foundation in 2009. The recognition of Bolivia’s plurinational status, of its diverse cultural, linguistic and folkloric traditions, has prompted a rediscovery of a worldview lost under the rubble of five hundred years of colonization. Like the complex mosaic of Bolivian identity, Suma Qama Qamaña is a complex network of Aymara-Quechua thought, translated to Vivir Bien.

That translation, however, is no simple process. Medina, who has been a key figure in the construction of ‘Living Well’, underlines the difficulty of applying this philosophy to State policies. ‘Suma Qama Qamaña is a world view which cannot be expressed in Spanish [...] The West does not have the capacity to express its complex ideas, its semantic networks,’ Medina says.

So in the transition from Suma Qama Qamaña to ‘Living Well’, we are sure to lose something. In its most basic terms, Suma Qama Qamaña is a system of dualities, balance and reciprocity with Pachamama. But what does Pachamama really mean? Pa – two, cha – energy, ma – one, ma - one. Not simply ‘Mother Earth’, but the world conceived as a dual-plane of energies. On one side, Japhalla Siqi, the spiritual plane. On the other, Yänaka Siqi, the material plane. ‘Living well,’ Medina claims, ‘is what results when these energies meet and find balance.’

Colonization, capitalism, globalization and Western thought have unsettled the balance, accentuating the material plane and all but casting aside the spiritual plane. ‘We need to restore the balance between these two energies,’ Medina says. ‘This is the challenge of humanity.’ This is not just about ‘Living Well’. It’s about decolonizing thought on a national scale. ‘Living Well,’ he adds, ‘is not absolute, but changes according to context; it’s relative to each individual.’

Ethereal, abstract and entirely subjective, what does all this mean in concrete terms? Can it mean anything in concrete terms? ‘Living Well’ is defined by the state as ‘a philosophy that values life, seeks a balance with oneself and others, an individual and collective well-being, promoting respect and the harmonious coexistence between mankind and nature’. It is intended to offer an alternative model to economic development, precisely encouraging ‘living well’, as opposed to ‘living better’, the individual pursuit of prosperity and success – the model of capitalism, the model of the ‘American Dream’.

This vision, though firmly entrenched in Andean ideology, is not an entirely novel concept. In the small Eastern state of Bhutan, traditional measures of national development have been rejected in the belief that ‘Gross National Happiness (GNH) is more important than GDP’. This famous quote from Bhutan’s former king, Jigme Singye Wangchuck, has served as the country’s guiding principle since 1972. In 2005, it became a new metric to measure national development.

Conceived as a model to promote Bhutan’s culture and spiritual values, GNH has called into question the very role of the State. What’s more important, moral and ethical guidance or economic development? The broad narrative paints a pretty picture: rejecting traditional economic measures of development and prioritizing environmental, cultural and even spiritual concerns. But is it realistic in practice? Can concepts like human happiness, self-worth and emotional stability truly be measured in any meaningful way?

Concrete statistics from Bhutan only add to our doubts. In a 2012 UN study of global happiness, Bhutan ranked 84th out of 157. Additionally, Bhutan is among the top 20 countries with the highest suicide rates in the world. But does this totally discredit the metrics of happiness, or rather suggest an injudicious application of those metrics in its policies? That’s up for debate.

Fast forward to 2016 in Bolivia. Seven years on from the establishment of the plurinational state, it is clear that the implementation of ‘Living Well’ has yet to be successfully realized. What now then? Follow Bhutan.

The National Institute of Statistics (INE), together with the Ministry of Foreign Affairs and the World Bank, is in the process of creating indicators to measure ‘Living Well’. It feels like a step in the right direction, from a vague idealist discourse to a metric used to guide policy. But can ‘Living Well’, the balance of the two planes of energy of Pachamama, really be measured? ‘Yes, we think so,’ answers Ana Maria Durán of INE. What about broader ideas of happiness or spirituality? ‘Yes,’ she says.

Durán explains that Bolivia has learned from the Ecuadorian ‘Buen Vivir’, which she deems unconvincing. ‘Their model seems to me to be based largely on an individual’s use of time. I think we are on the right path, we have advanced the idea.’ Rather than just time use, the Bolivian ‘Living Well’ encompasses ‘knowing’, ‘feeling’, ‘being’ and ‘doing’. But isn’t that even harder to measure?

Perhaps sensing my enduring scepticism, she hands me a booklet outlining the process of the construction of the ‘Living Well’ metric. Almost immediately some of my reservations dissipate. Models developed from Aymara-Quechua numerical systems define and categorize – according to dual-energy plane of Pachamama – the nine qualities of ‘Living Well’: being, learning, relationships, nourishment, working, enjoyment and rest, loving and being loved, dreams and aspiration, communicating.

Each of these nine qualities come with a set of ‘demands’, 49 in total. Next February, a nationwide survey will ask questions based on these demands. The results of these questions will create a collective score for each quality, each of which has a relative weight in the aggregate metric of ‘Vivir Bien’. The metric, Durán assures me, will be used to guide social, economic and environmental policies.

While the metric is undoubtedly well-planned, no degree of preparation can ever overcome its restrictions. Since ‘Living Well’ is relative to each individual, its qualities cannot be objectively quantified with accuracy, especially once we recognize its spiritual and intangible elements.

Will the inherent limitations of the metric render it completely useless, or will it be able to provide meaningful results? It is difficult to know at this stage. Regardless, the State’s aims of decolonization and social harmony will not only depend on the metric itself, but also on the engagement of the people, on instilling the principles that underpin this philosophy. The challenge of a generation, of humanity...

‘What legacy do we want to leave our children, our grandchildren?’ asks Yampara, as a final thought at the presentation. At that moment, Atawallpa Oviedo’s son noisily bounds on to the stage with youthful exuberance and goes to sit on his father’s lap. A poignant moment. Tragic or heartening? Only time will tell.