Forest Fires in Chiquitanía and the Aftermath 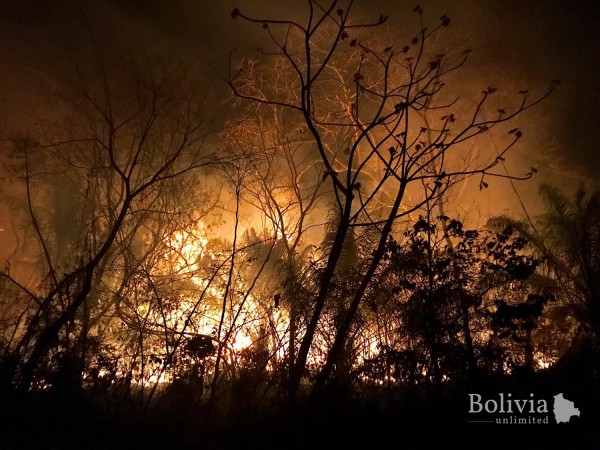 Bolivia has this year witnessed an astonishing number of forest fires, with over 4 million hectares of woodland having been burnt across the country, 2.9 million of which were concentrated in the Chiquitanía region. Starting in May and escalating at an alarming rate from the beginning of August, the fires in Chiquitanía have ceased for the time being, owing to torrential rain. Despite the welcome downpours, one thing they cannot do is wash away the impact of deforestation on the rapidly expanding agribusiness in eastern Bolivia.

Various volunteer organisations offered to help bring the fires under control, thereby providing a short-term solution to this human-made disaster. One such example is a student-run volunteer firefighter group called ‘Los Mirmidones.’ Mainly comprised of biology students from Universidad Mayor de San Andrés in La Paz, the group set about tackling the fires first-hand, with few resources at their disposal. At an event that sought to recruit new volunteers, the students were made fully aware of the potential risks involved, and it was made clear that individuals had previously lost their lives, highlighting the very real dangers of the situation. Most, however, returned with a sense of pride in the knowledge that they had fought for the rights of Pachamama.

When asked what Pachamama means to him, Bruno Parada, a student from the Biology faculty and volunteer in the Bolognia forest, said, ‘Pachamama is Mother Earth, the creator of life. It’s a way of conserving nature and culture.’ He goes on to say that this is a belief shared among many Bolivians, but that attitudes can vary across urban and rural areas. ‘Bolivia lacks environmental awareness. It’s a topic that is not very well known or understood. People are more interested in other things. They don’t really understand what it means to look after trees or wildlife or why you shouldn’t hunt animals, because they don’t understand how they could be affected. In urban areas, there is a greater awareness, but that’s because there is more information available.’ 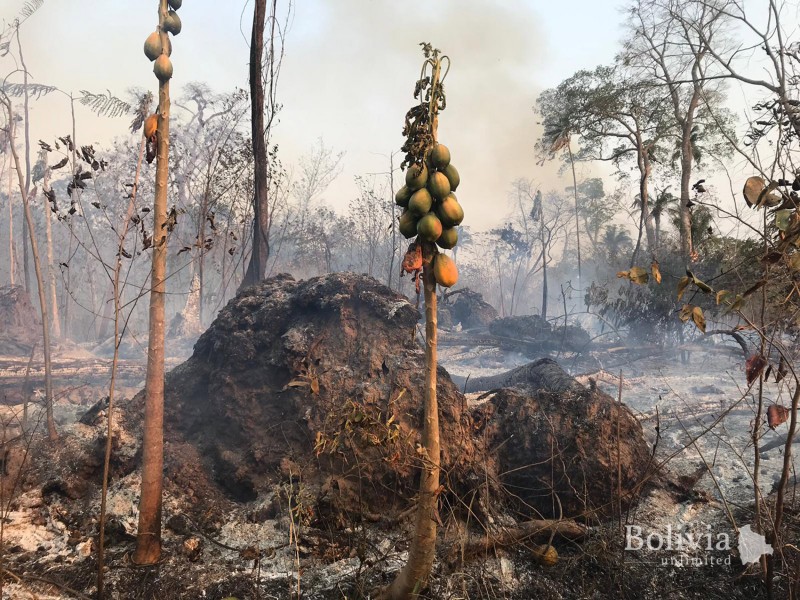 The smoky aftermath of the blaze. Ph: Raquel Izquierdo Jacoste

That sentiment is shared by Milli Spence, Director of Communications for the Bolivian organisation Inti Wara Yassi, which has three wildlife sanctuaries across Bolivia. ‘There's still a huge amount of education that still needs to happen, not just in Bolivia but around the world, but it takes a long time. When there is a multitude of other issues going on, environmental concerns can fall down on the list, even though they should be given a lot more priority, when other needs aren't being met or there are other issues going on in society.’

One of the organisation’s wildlife sanctuaries, Ambue Ari, located in Santa Cruz department, was one of the many areas affected by this year’s fires, causing thousands of animal and plant species to be lost. The park was affected by several fires in mid-September, resulting in a 10-day stint to combat them. Staff and volunteers were pushed to their limits, taking it in turns to stay up during the night and keep a watchful eye on burning logs for fear of the fire spreading. ‘One particular member of staff was out there for two and a half days straight. I could not believe his stamina, and we reached a point where everyone was so physically drained that we desperately needed sleep to regain energy to then continue fighting.’ Workers at the park teamed up with firefighters from the local municipality and volunteers from Cochabamba and the neighbouring town of San Pedro to combat the ferocious flames. Spence confirmed that Ambue Ari used to be connected to the surrounding forest, but the park now resembles an island of protected species, gradually decreasing in size.

The fires are almost always caused by unmonitored chaqueos spiralling out of control, having been started by neighbouring landowners seeking to clear their land. While it cannot be denied that chaqueo is an efficient means of clearing land, much more needs to be done to control how and when it is carried out. Spence says, ‘Ideally, people would refrain from burning land when it's 38 degrees Celsius and there are 20 kilometre per hour winds, or even when there are lower wind speeds but very high temperatures. If the conditions weren't so severe, the fires could be controlled more easily. But if you light a match on exceptionally dry land on a hot day with high wind speeds, it's going to burn very quickly.’ She adds, ‘At the moment it's being allowed, and there are no real restrictions as to how and when or if every farm wants to burn on exactly the same day there is no rule saying you can't or you need to coordinate. Having more guidance, more awareness and more education about when you should and shouldn't be burning should help reduce the risk.’ 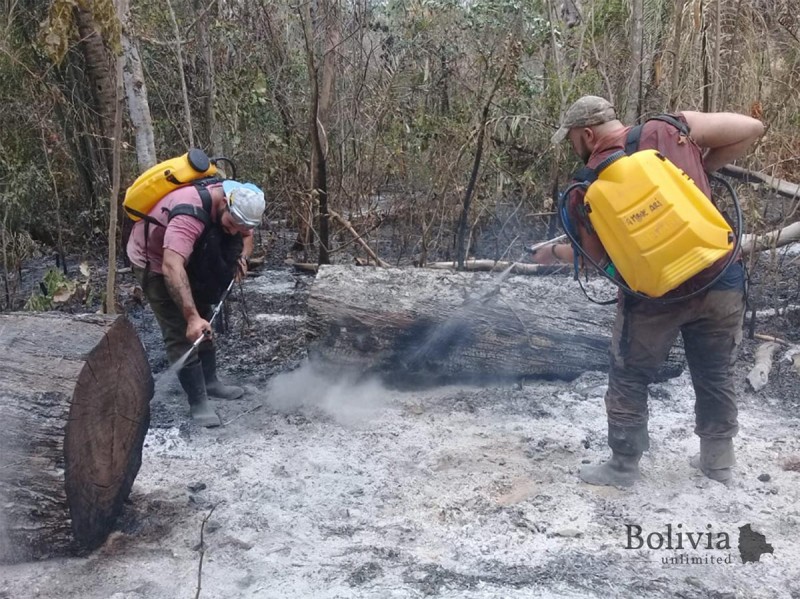 Chaqueo is a technique that has been used for centuries by farmers across the world. It is naturally carbon-neutral when used in moderation. But international influence, the increased pressures of fast-paced production and the adoption of a new law allowing slash-and-burn practices have all contributed to the method being overused. Sadly, Bolivia’s deforestation rate more than doubled between 2002-2017. Despite the country tackling illegal deforestation, the legalisation of slash-and-burn agriculture has meant that the overall rate of deforestation continues to rise.

The biggest driver of deforestation in Bolivia is agribusiness, particularly the development of soya and sugar cane plantations. Between 40 and 50 percent of Bolivian forests are owned by foreign powers, who burn large areas of land in the production of biofuels. Pablo Solón,  Executive Director of Fundación Solón, comments that there are currently three main drivers behind the use of chaqueo: the increased development of biofuels, Bolivia’s desire to export meat to China and legislation that facilitates the burning of forestland. For example, if a company illegally burns one hectare of land, it must pay a fine of US$46, which is negligible enough to incentivise investment in the Bolivian dry forests. According to Solón, ‘Chaqueo is not traditionally practiced until the arrival of the rainy season.’ But now, forests are being burnt on a mass scale during the dry season, which some are calling ‘el mal-chaqueo.’

Measures have been put in place to control the fires, and parks such as Ambue Ari are becoming better equipped to tackle the flames thanks to donations of equipment, improved fire training and the development of water systems to make it easier to extinguish the fires. One of the most effective ways of combating the fires is to improve communication among local farmers, making it easier to pre-empt potential fires and thereby manage the risk. Climate change is aggravating the scale of the fires year on year, and if attitudes and methods do not change soon, the incidence of uncontrollable forest fires will continue to rise, ultimately destroying the habitat of species endemic to Bolivia. 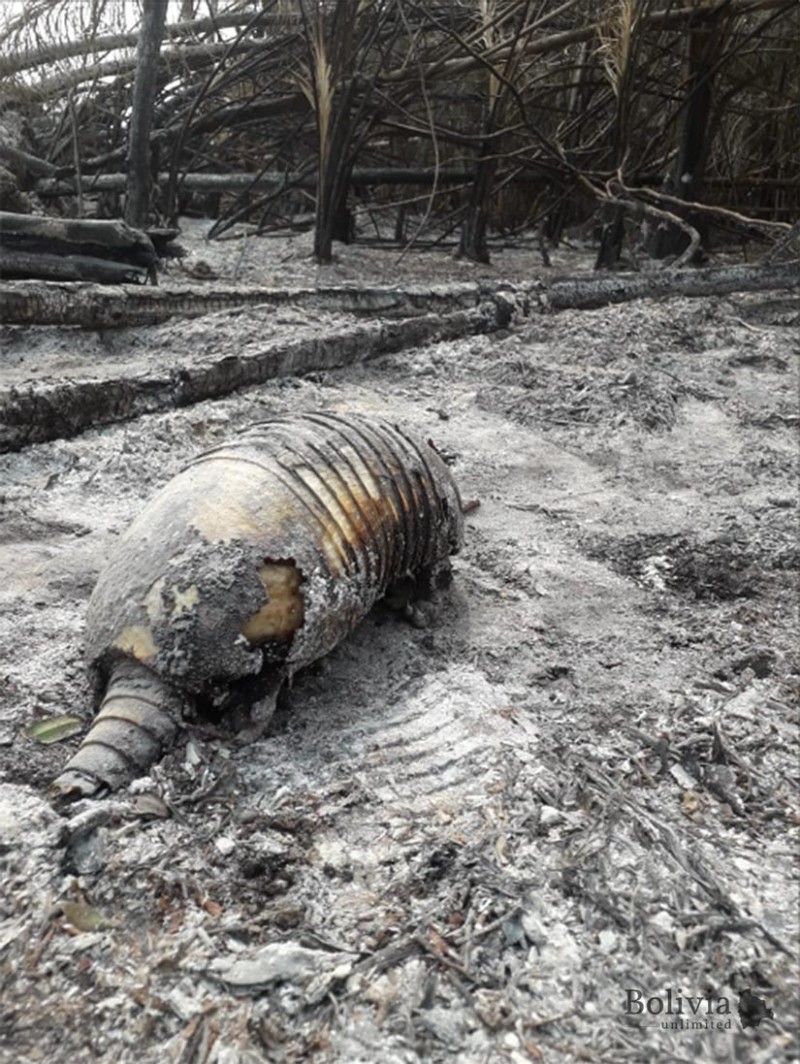 Solón believes there are alternatives. ‘Bolivia needs to move towards an Amazon free from forest fires. There are other methods we could opt for. Instead of burning, we could cut down trees and clear the forest floor. That would require more work and greater effort, but it runs less of a long-term risk. Not all countries use slash-and-burn to clear land.’ He also stresses that a human kind without nature would be condemning itself and that in order to resolve the issue, we should move away from the anthropocentric society we currently live in and replace agribusiness with agroforestry, a form of farming that complements rather than exploits nature.

Society is only now coming to terms with the damage caused by slash-and-burn techniques and the unsustainable growth of agribusiness. By threatening biodiversity and several plant and animal species found only in the region, the burning of the dry forest is a human-made disaster with drastic consequences for human life. Using nature for our economic gain is having an effect on the number of wildfires in Bolivia. It is now time for the country to find alternatives to chaqueo, or learn how to manage and prevent the risks associated with wildfires through adopting adequate laws and regulations.