Forecasting the Future—Bolivian Politics in the Decades Ahead 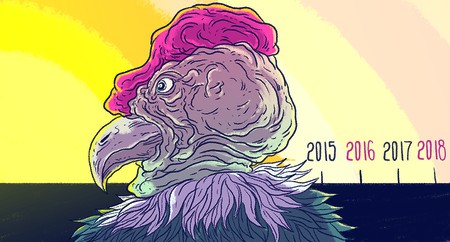 Evo Morales is currently on track to become Bolivia’s longest-serving leader since the country gained independence in 1825. This unprecedented feat is telling of the lack of stability that has defined the country’s political landscape for almost two centuries. Considering this tendency toward political flux, it is very difficult to predict the direction the country will take in 10 to 20 years, but I have asked two political minds what they think.

In the past 20 years, Bolivia has seen seven presidents leading the country, a series of protests that rocked the political landscape, and the rise and fall of many political parties, some of whose members are now in exile. Just 11 years ago, Gonzalo “Goni” Sánchez de Lozada was forced to resign from the presidency and flee the country after dozens of people were killed in what is known as the ‘Gas War’. So when Evo Morales, an indigenous coca farmer, gained the presidency in 2006, no one could have imagined how much Bolivia would change in just a few years.

According to Ana María Solares, economist and specialist in commerce and international negotiations at her own enterprise Calidad Total, ‘the country has changed’, with a more empowered lower and middle indigenous class emerging thanks to the policies introduced by MAS (Movimiento al Socialismo—Movement Toward Socialism) and setting itself as one of the pillars of Bolivian society. This class is here to stay, and since it owes its political clout in part to Morales’s rise to power, it is likely that the current president will see widespread support for many years to come.

Back in 2006 and in the run-up to his election, Evo Morales presented himself as a staunch defender of the right to grow coca, the importance of agriculture, and the preservation of Madre Tierra. Today, leading into 2014 election, the discourse has changed to focus on major development projects for the country, such as the the reactivation of the Karachipampa smelter plant, the enormous project of bringing natural gas to Bolivian homes, and the more controversial plans like the TIPNIS highway and the discussion over the possibility of a nuclear power plant. 'But,' said Solares, ‘the defense of Mother Nature is just political discourse.’ According to her, Morales’s commitment to the environmental is just a façade.

Marcelo Arequipa, a political scientist at the Social Investigations Center of the Vice Presidency, said that Bolivia will continue to industrialize and develop, and as long as the populace sees results, they will support whoever is leading the most productive developmentalist agenda. “Above all, MAS has always been a party that is very involved with unions”, he added. He says that Morales is unable to escape globalization, and his government has been a very active solicitor of foreign investment in the country. Arequipa said that Bolivians don’t give much importance to the political ideology of the country and that they are very pragmatic regarding politics. What’s likely, according to Arequipa, is that Bolivians will continue voting for whichever party continues the development of the country, whether that means supporting a socialist or a liberal ideology.

Looking to the future, it may be hard for any opposition parties to gain the needed support because of that pragmatism that permeates Bolivian society. So if Bolivians aren’t fixated on ideology, then why is the opposition so intent on evicting MAS from power and moving away from its professed socialist agenda? Arequipa said that the current opposition used to be the richer elite prior to Morales’ rise to power. They were businessmen that were hurt by the government’s intense dedication to the lower and middle class, and they would like the tide to turn once again to their favor.

But can the opposition unite? Solares said this is unlikely because of the current behavior of opposition leaders. ‘Democracy is more viable when there is a strong opposition . . . but politicians in general are just too egocentric.’ Solares said that politicians have blocked themselves out of anything other than their internal, personal political agendas, which is not a viable way to govern.

Is there a possibility that the environmentalist Bolivian Green Party could rise to the fore? Despite strong opposition against the TIPNIS highway project that cuts across protected indigenous lands, the Green Party has found scant support. Arequipa attributed this to the major difficulty of getting citizens to become concerned about the environment. ‘The only way to change that is to make it a state policy’, he said. Solares added that on the international stage, Bolivia has taken a very environmentalist stance. However, within the country, not much has been accomplished regarding environmental protection, and it will likely remain that way for some time to come.

After analyzing the possible future of the Bolivian political landscape, Marcelo Arequipa takes some time to share his ideal vision of the country’s government 20 years from now: ‘A female president leading a pluralist government’ would be a dream come true, he said. Will that dream materialize? Only time will tell.