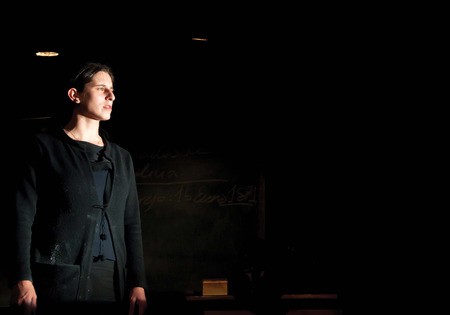 A true phenomenon for Bolivian theatre

Once every two years, theatre companies from around the world, including Brazil, Argentina, Chile, France and Spain, join Bolivian theatre groups to present the two-week-long International Festival of Theatre in La Paz, FITAZ. Everyone involved works with the common purpose of providing entertainment as well as creating a nurturing environment for discovery, development and advancement of the global art form of theatre. This year, the popularity of the festival was evident from the packed venues and queues of people waiting for rush tickets, in hope that some people wouldn't turn up for their reserved tickets. Without a doubt, this event holds significant importance for the essence of theatre in Bolivia.

So how exactly did FITAZ begin? The brain behind the initiative is Maritza Wilde, an actress and theatre director whose elegant gestures and body language reveal her past as a ballerina. Although originally seeking to become a professional dancer, theatre has been her love and passion for the majority of her years. Having studied in France and Spain and visited almost all of Latin America, she has formed many contacts and established many connections throughout the European and Latin American theatre communities. Whilst living in Spain in 1996, her colleagues inspired her to organize an international theatre festival in Bolivia, justifying the idea through her experience and how well networked she is. Despite being unsure of the idea to begin with, she decided only a few days later to put the idea into action and host a festival in Santa Cruz de la Sierra, in the lowlands of eastern Bolivia. Little did Wilde know that this was to be the first of many festivals to follow and a significant step in the development of contemporary theatre in Bolivia.

After the success of the first FITAZ festival in Santa Cruz in 1997, Wilde was called upon to produce another in La Paz in 1999, as it seemed appropriate that Bolivia's cultural and historical capital have its own theatre festival – as well as the fact that Wilde lives here. This first year was difficult, especially on economic terms, but after a rocky start, FITAZ has gained a following, allowing it to be produced every two years. FITAZ has obtained the support of an increasing number of municipal institutions over the years, and, along with the positive reactions from the public and media, this has enabled the festival to become the success that it is today.

This year, the festival has seen more Bolivian plays than ever before, which has lent it a much more Bolivian focus. Over 30 national groups performed, attracting an even larger Bolivian crowd. It's worth noting that this year was the first that the festival actually opened with a Bolivian play. According to Wilde, there's no real reason behind this apart from it being worthwhile. However, the play has particular significance as it's from La Paz, and its playwright, Jaime Saenz, worked in theatre for many years and is one of the best known novelists, poets and short story writers amongst Paceños, with his most famous piece of work being a poem called 'The Night,' written just before his death in 1986.

So is FITAZ simply about entertaining the people of Bolivia? When asked about the purpose of the festival, Wilde replied with her thoughts that it holds the same objective that she believes the majority of other festivals have. She adds, 'It is a festival that I have created to contribute to, collaborate with, and develop Bolivian theatre.' At the same time, she believes that it is important that a cultural exchange takes place and that the Bolivian artists and young creators can have an interrelation with the others that come from other countries. However, according to Wilde, the most important part of theatre is the link between people and their culture, and it's essential that this connection be established. Ultimately, it is a means to reflect upon society and is therefore a learning curve and a process of discovery for everyone who participates.

For the eighth time running, FITAZ has proved to be a success, selling out the majority of performances; one wonders what more we can expect from the festival in the years that follow. Wilde enlightens us, stating that her aspirations for the future of FITAZ are to add many new creative and valuable features from other groups to the programme as well as expanding it to allow more performances from groups that currently cannot be accommodated. At the end of the day, she believes that the festival has to continue not only for La Paz but for the rest of the world. In the words of Maritza Wilde, it's all about 'continuing the path' of the festival and theatre in general so that both survive for centuries to come.