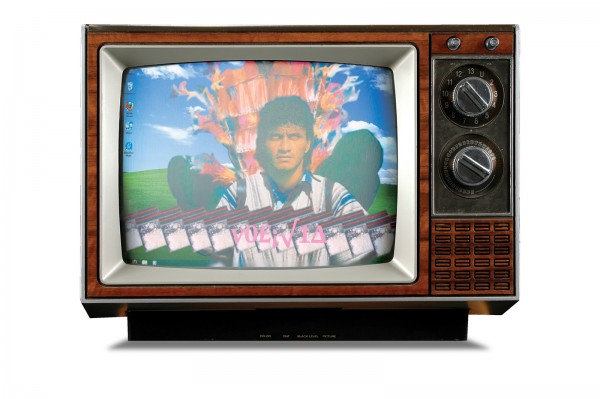 Foreign and local films about a surreal country

“Bolivia, a country in itself very surreal, has no formal surrealist film movement to speak of.”

Four friends hang out, laugh, fool around. They travel to a desert. They visit farms. They get drunk and take drugs. They go out, party, dance. They throw up. They suffer from a hangover. They procrastinate.

Procrastinacion is a film by Bolivian director Sergio Pinedo. It was shot in a span of about five years, but it was assembled in 2015. It is Pinedo’s first feature-length film, composed of videos of friends hanging out together, almost like a family VHS collection. It might sound quite normal, but the composition and technique of the film shocks and surprises the viewer. It can only be described as ‘surreal’.

Surrealism usually makes people think of Salvador Dali, and surrealist films bring David Lynch to mind. Bolivia, a country in itself very surreal, has no formal surrealist film movement to speak of. One would think that a country with hundreds of ethnic groups and thousands of local traditions, would inspire experimental motion pictures. But perhaps this diversity is normal and evident in everyday life for Bolivians and they simply do not see anything surreal about it.

Even though there is not a surrealist film movement in the country, there certainly are surreal filmmakers in Bolivia. Film students here like to experiment, but they rarely get a chance to screen and distribute their films. Only independently funded filmmakers get their shot at screenings.

Volivia is Pinedo’s short film, made completely of found footage. The film is quite difficult to understand. The images are pixelated and lack a meaningful order. The mesmerizing imagery and the arbitrary shots in irrational order (football match, naked woman, tarot TV ad) create a parallel ‘reality’ that is a at times more real than what is usually perceived as such. Through the use of pixels and very bright colours, Pinedo creates a psychedelic dream world. The viewers remain in a sense of mystery and suspense throughout the whole 6 minutes, which is what surreal films tend to do to their audience.

Even in Bolivia, surrealism is used as humour. The music video Bolivia te espera Papa Francisco, by Saxoman y Los Casanovas, is a perfect example. The Pope appears repeatedly on different parts of the screen (sometimes even floating) either by himself or with President Evo Morales, as the main singer, Saxoman, flies through Bolivia and outer space. Badly edited, this video creates a hilarious effect with the use of the sky and clouds on which the band appears to be singing. Perhaps it is illustrates the band’s dream to fly in the sky or to sing to the Pope.

Bolivia’s surreal landscape is very attractive for foreign filmmakers, especially the Salar de Uyuni, which is one of the most surreal places on Earth. El Regalo de la Pachamama, a film by Japanese director Toshifumi Matsushita, tells the story of a 13-year-old boy named Kunturi, who lives in Uyuni, where his family works at the salt flats. His family cuts the salt with their bare hands and he travels with his father to exchange it for other goods. In the film, normal Bolivian life becomes surreal because of a location. Wide-angle shots of the salt desert create a dreamy atmosphere in true Dali-style.

Uyuni is also a location for the music video La la la, by Naughty Boy, which features the British singer Sam Smith. The video in itself is surreal. It is about a boy who travels to Uyuni with an old dusty man, like in the story of ‘The Wizard of Oz’. The dusty man is handed a real, beating heart from an ice cream man. Then there is a man dressed as a puppet, dancing in the middle of the street, looking like a scarecrow. There is a chow-chow dog that resembles a lion. The Salar and the characters make the video look like a bedtime story. There are imitations of a dream world; disorientating, irrational and juxtaposed images that make the film surreal and are inspired by Sigmund Freud’s psychoanalysis and his theory of the unconscious mind.

Even though Bolivia does not have a formal surrealist film movement, there are films that certainly fall into this category. Unless the local film industry is supported by the government, there will hardly be enough resources for young, talented filmmakers to create a cinematic work for global audiences, like the foreign films that have been made in Bolivia. At this point, one can only imagine how Bolivians would capture this surreal and beautiful location.