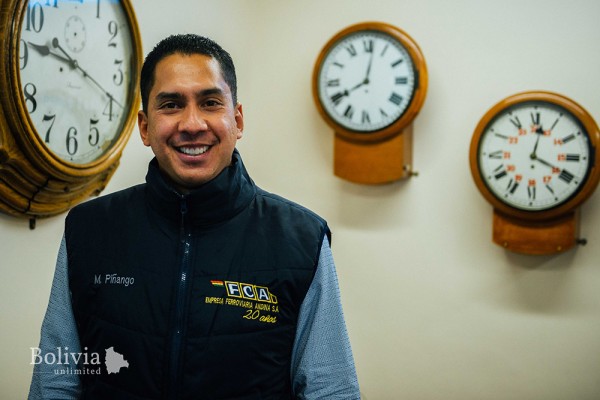 As South American railways fall into disuse and disrepair, Bolivia looks to expand its network.

Back in 2011, I decided I wanted to know my country, Bolivia, better. I begun my journey by embarking on an Expreso del Sur train going from Oruro to Uyuni. I was 21 at the time, and this experience meant something special to me because of one fundamental element: I had never taken a train before. Furthermore, until recently I had never realised the historical importance behind these locomotives and carriages and their contribution to the Bolivian national economy. Not only were trains instrumental in carrying silver and other riches from the mines to the Pacific ports, they used to be the preferred method of transportation, connecting Bolivia to the rest of South America. But today, railways in South America have largely disappeared. But Bolivia, with 1,834 kilometres of track, has the longest network on the continent.

As I remember this journey, I also realise that my generation and the ones that follow don’t have any knowledge about these railways and what they represent for Bolivia. They were like living veins traversing the country’s five departments, and they are still used to this day to transport a large amount of the country’s external trade to its neighbours. Maichol Piñango, inter-institutional manager of Ferroviaria Andina S.A. (FCA) tells me, ‘In 2016, more than 1,300,000 tonnes of cargo were carried across the country.’ And, he adds, ‘in the communities of western Bolivia, a high number of passengers are still taking the train.’

In the current economic and political context, Piñango also thinks that FCA, considering all its technical capabilities and desire to invest in Bolivia, could play a major role in the Bioceanic Train line in which Bolivia is involved. The Bioceanic Train is a mega-project that will connect the port of Ilo in Peru, cross the whole of Bolivia’s territory via El Alto, La Paz and Puerto Suárez, and terminate in Corumbá, Brazil. From Corumbá, there will be a connection to Santos, a large railway port near São Paulo.

The Bioceanic Train is a mega-project that will connect the port of Ilo in Peru, cross the whole of Bolivia’s territory via El Alto, La Paz and Puerto Suárez, and terminate in Corumbá, Brazil.

With this project, it becomes tempting to envision a second railroad age in South America. This could become a reality in a near future since the Bioceanic Train involves the governments of Peru, Brazil and Bolivia signing a tripartite treaty. This would give Bolivia a very strong negotiating position. For the first time in a long time, Bolivia would gain (indirect) access to the Atlantic and Pacific oceans, and would become the heart of the continent’s commercial and touristic networks. This central position upon which the other South American economies would depend could play a huge role for Bolivia, both economically and politically.

Another one of FCA’s priorities is tourism. Piñango explains that one of his company’s priorities is to develop an online presence on Facebook, Instagram, Twitter and YouTube while also maintaining a website in Spanish and English where tourists and travelers can directly purchase train tickets. The marketing strategies the company is currently implementing promote popular destinations like Lake Titicaca, Tiwanaku and Salar of Uyuni. But FCA also wants to the raise the profile of lesser-known places like Tupiza, where Butch Cassidy and the Sundance Kid met their end; Guaqui and its locomotives museum; and Machacamarca, near Oruro. By opening up these new routes, FCA wants to give more options to the traveller who wants to learn more about Bolivia.

FCA is also focusing on developing strategic alliances with the Bolivian Ministry of Culture and Tourism. Last year, for instance, FCA represented Bolivia at the International Tourism Fair of Latin America in Buenos Aires. The company also works closely with local tourism agencies. Because of these collaborations, FCA has become one of Bolivia’s major ambassadors abroad by promoting its projects and offering alternative South American travel itineraries. Instead of buses, travellers will be able to travel along the Inca Trail by train. They will ride the rails from Cuzco in Peru to Argentina, with stops along the way in La Paz, Uyuni, Potosí and Villazón.

Piñango says that the majority of foreigners traveling in Bolivia by train are from Argentina. But French, American, Korean and Chinese tourists can also be frequently seen travelling by train. Piñango hopes for the train to become part of the Bolivian culture, for more tourists to experience this way of travelling, something he views as much more ‘emotional’ than travelling by bus. ‘It’s also more comfortable,’ he adds. ‘In our Expreso del Sur line, we have a restaurant coach where you can have lunch and dinner.’ Piñango also counts on charter trains in which groups up to 80 people can rent carriages.

It’s a much more ‘emotional’ way of travelling than by bus.

When I first took the train to Uyuni, I had no idea of this potential, and talking with Piñango made me realise and understand why travelling in train is so special. That journey I took was indubitably one of the best of my life, not only because of the breathtaking scenery, but also due to the train itself. The experience brought back feelings of nostalgia and happiness, emotions I didn’t expect to encounter at that time. Maybe it was because it was my first time travelling in train, or maybe it was the histories, memories, anecdotes and characters of my country that were resonating through that train.

By developing freight and passenger services, FCA may be about to revive one of Bolivia’s most important mode of transportation: the train.