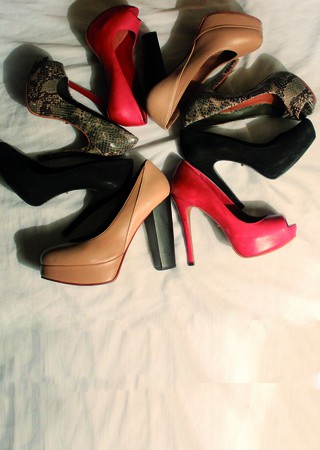 My fashion journey took me from the heights of El Alto in La Paz to the lively and hot city of Santa Cruz. Bolivia has many resources in alpaca and leather that make designs of great quality and seduce an increasing crowd in the country and abroad. Alpaca, a Bolivian national treasure, is famous for being lightweight but warm. Alpaca clothes are available all over the world, and it all originates on the backs of the sturdy little animals here in the Andes. To Bolivia and neighbouring Andean nations, Alpaca is as precious as gold, in particular for one of the most famous Bolivian designers, Beatriz Canedo Patiño, who created her fashion house in 1987. Beatriz was born and raised in Bolivia and studied in America, later living in Paris for a while. Her designs for men and women are famous among Bolivian people: the last time I went to a friend’s party, almost two thirds of the guests had coats or accessories from her. Beatriz is a leader in the Bolivian fashion scene, and through prioritising a Bolivian natural resource in her use of alpaca, she creates clothes that are truly Bolivian.

Similarly, Liliana Castellanos has been a key figure in fomenting an interest in fashion in the country. From Tarija, Liliana studied Fashion Design and Haute Couture in Buenos Aires then worked for the French fashion house Nina Ricci. She makes luxury alpaca clothes and is recognized as one of the most established Bolivian designers.

On the other hand, many aspiring designers here believe in home-grown Bolivian fashion. Many of them are happy to talk about their career and share their views on the fashion industry. Mariana Carranza is a passionate 29-year-old designer who in October of last year, brought the brand Narcisa to life. The Narcisa style is essentially urban fashion but flavoured with a strong sense of personal identity.. Mariana has a shop in La Paz but is about to open her newest boutique in Santa Cruz in mid-August. The style is in the details: shoulder patches made with studs, stars appliqued on the collar, and often some hearts. Mariana’s primary inspiration is photography, for which the attention to detail is indeed crucial. The work she has done so far to make her business a success has been tiring but rewarding. Narcisa is a brand that links fashion, art, poetry and photography all together. The clients are all from completely different backgrounds: from 16-year-old teenagers to the 50-year-old women. Mariana explains that Narcisa touches diverse people that want to play with clothes and fashion.

When describing the reasons for her brand’s success, Mariana insists on the importance of the role of Facebook: the ‘likes’ and ‘tags’ of the fans helped Narcisa spread to more people. The brand is not impersonal, it relates to the clients and that is why they feel attached to it. Whereas Europeans have grown up with famous fashion designers whose name defines their brand (Think Alexander Mcqueen or Karl Lagerfeld), a clothes line with an identity spearheaded by a fashion personality is entirely new to Bolivia, and the way is being led by designers like Mariana and Liliana.

Indeed Mariana’s fashion inspiration is Alexa Chung, a British model and TV presenter who is famous for her unique sense of style and details. The role of Europe in changing fashion in Bolivia is very evident. The latest example was Bolivia Moda, a solo fashion week that took place in Santa Cruz. Organized by fashion photographer Pablo Manzoni, the last edition in May welcomed famous Bolivian designers, such as Liliana Castellanos, and growing independent designers, one of which was Mariana. The show was highly attended and is becoming an important social event in Bolivia.

It has been ten years now since Luis Arce began to design clothes. His brand, PVA, is part of the 826 CFshLP house, a multibrand shop at the heart of La Paz, just behind the San Francisco church. CFshLP means Casual Fashion La Paz and the idea is to promote small Bolivian designers to provide clients with a full range of clothes and accessories. It is like a concept store where you can find different brands. They tend to have a real identity and a story behind them. Luis first started by creating clothes for music bands and then expanded development to the public. Luis explained that a lot of enterprises here had to close because they expected too much of the market and thought an open market like in the US would bring more opportunities. The reality is very different. Working with Christian Lara, from LK- 100% Alpaca, Luis tries to offer the best of Bolivian textile resources but it is not so easy when manufacturing in China is cheaper and often faster. “We are both young, so we have a lot of ideas and we don’t want to make formal designs”, said Christian. However, they did not rely on any help from the government. Instead they are working with other designers because it is difficult to provide a full collection with different pieces and accessories when the market is so unstable. When one designer takes the risk to be competitive, they have to drop prices, which is not possible now if one or the other was working on his own. That is why 826 CFshLP is at the heart of the image behind the various designer clothing that is on the racks: multicultural and urban.

826 CFshLP is a nineteenth century house that has a particular spirit, just like the brands it hosts. “It has catacombs and a convent, this house has so much potential that I want to exploit”, Luis told me. In fact, the place is becoming increasingly well-known among tourists and both Christian and Luis want to make it a must-see among other tourist attractions. Their dream is to expand to other cities in neighbouring countries, such as Lima in Peru, because “the house has such a strong identity that we believe it touches the clients.”

Despite some drawbacks, many designers have found it possible to run a fashion business in Bolivia. And the future looks promising: the country is still in the process of improving its market, giving designers more opportunities to reach their clients and to provide an original and personal service. The proximity with a target audience makes fashion in Bolivia more compelling, and Bolivia is not left on the roadside in the race for creative originality. I was surprised and amazed by the motivation shown by designers, and by their belief in their country, a place with so much potential.