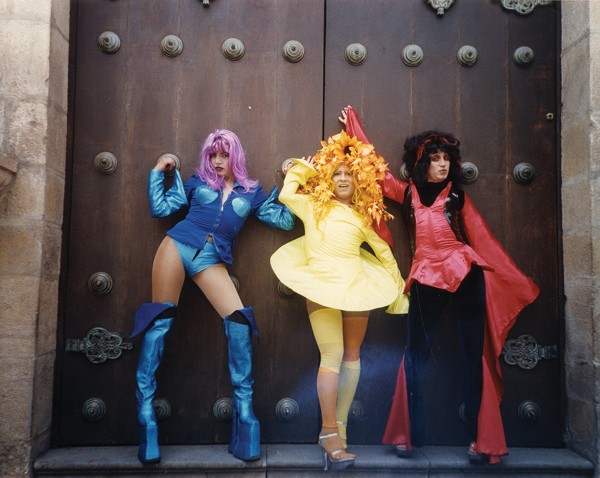 With the twirling skirts of the Kulluwada dancers, the booming backdrop of constant live music and the mile-long water fights along El Prado, Carnival in La Paz is always a vibrant affair. From this traditional celebration of indigeneity, a surprising new Carnival feature has emerged: La Familia Galán.

Dwarfing the crowds in their towering heels, their multicoloured wigs swaying as they throw their heads back in laughter, this family of drag queens is a bona fide Carnival superstar. While each year they wow the crowds with their extravagant drag performances, the family's activity extends far beyond the world of entertainment. La Familia Galán is Bolivia's undisputed pioneer in LGBTQ activism.

Formed in 2001, this cross-dressing collective has spent the past decade challenging the unabashed machismo that still dominates Bolivia's political and public spheres. In a country where discussion of sexual diversity remains largely taboo, La Familia Galán refuses to be silenced. Its members abandon the fringes of mainstream society and penetrate pop culture. The family has its very own television show, called "Transformando". And although it’s not exactly Bolivia's answer to RuPaul's Drag Race, the show provides a platform for open and frank discussion on LGBTQ issues. Their small screen debut, took the trans community out of the closet and into the spotlight.