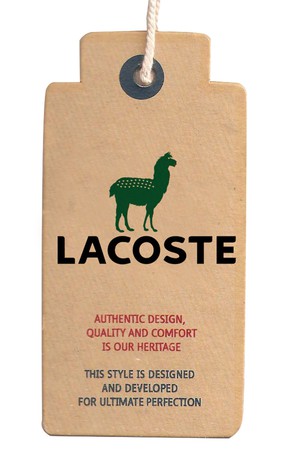 The fact that Bolivia has a word to describe anything fake or knock-off ('trucho' or 'trucha') goes some way towards explaining the prevalence and ubiquity, and even acceptance, of counterfeit clothing in the country.

The widespread tolerance surrounding the sale of counterfeit clothing is likely a result of the country's laissez-faire attitude to its production and sale. The unrestricted and abundant sale of fake, synthetic football jerseys directly outside Estadio Hernando Siles on match day is a point in case—such uncontrolled activity would be considered highly unusual in the UK.

Paul Brown of The Guardian believes, ‘The production of fake designer clothing and trainers in developing countries (such as Bolivia) has overtaken the legitimate manufacture of the same goods for multinational corporations such as Nike, Adidas, Wrangler and Levi's’.

Counterfeit clothes produced locally are actually manufactured to a reputable quality. In fact, calling them 'replicas' in the first place seems unfair. It seems more befitting to think of them as originals produced for the local market, with designer labels sewn on to boost their marketability. Indeed, during a visit to Calle Tumusla I came across a pair of unoriginal Levi's trousers whose quality was comparable to that achieved by the original designers, and for only a fraction of the price.

In Bolivia, replica logos are either downloaded from the internet, traced and reproduced in local factories, or ripped off of genuine branded clothes to later copy and mass produce. Such is the Bolivian retail sector's indifference to appeasing designer firms, that shops have even opened using the names of these brands, perhaps most notably, 'The North Face Adventure Store' on the touristy Calle Sagárnaga. Despite selling no authentic North Face products, the store originally opened in an attempt to lure in travellers seeking new backpacking goodies.

Two of the dominant trends in Bolivia's contemporary clothing market, are the increase of American and European second-hand imports, alongside the growing dominance of the Chinese and Korean manufacturers who entered the market roughly ten years ago.

Ramiro Villca predominantly sells second-hand American clothes near La Feria 16 De Julio. The clothes he receives originally get sent to Iquique in Chile and then to Oruro before they reach his home in El Alto.

Although illegal, Ramiro's type of business is fairly common in Bolivia. For retailers, importing clothes legally would mean they have to pay higher taxes. However, in the everyday hustle of a market such as El Alto’s, with narrowing profit margins due to competition, very few follow de jure procedures. At the start of his tenure, President Evo Morales tried hard to end the Bolivian trade in used, imported American clothes which he believed to be undercutting Bolivian clothing manufacturers and the livelihood of domestic producers. Ultimately the industry proved too large—and its practices too widespread—to quash.

Ramiro’s clothes, which he calls 'ropa semi-nueva', are evidently genuine as they are imported from North America. He believes that most people prefer American clothes even though they are second hand —only very few, particularly in the wealthier areas of the city, such as the affluent Zona Sur of La Paz— look for new branded goods.

Though he acknowledges that people buy the items he stocks because they are a cheaper alternative to first-hand originals, he believes these logos are important but not essential. For him, the superior quality of materials and design are his most important selling points. Ramiro also points out that his customers are more inclined to buy his clothes as they are slower to discolour and have longer-lasting stitching due to the superior standards of manufacturing procedures in the United States.

Indeed, not even 'Evo Fashion' could prevent Bolivians craving the superior fabrics of their American cousins. Between 2005 and 2006, local clothing company Punto Blanco helped begin a jumper craze in Bolivia inspired by the casual dress sense of then President-elect Evo Morales. 'Evo Fashion' was designed to appeal to young people but was only successful for a short period before normality was reinstated.

According to Ramiro, the contraband (yet original) American clothes which he sells appeal to young Bolivians who want to dress like rappers and ‘copy guys from the West’. Ramiro believes that Korean and Chinese fake clothing, which comes tagged with brands such as Adidas and Nike, resembles the real product more than the counterfeit clothes made in Bolivia.

Martha Canedo, a clothing merchant and manufacturer, also shares this sentiment. Martha embarked on a humble family enterprise with her husband 24 years ago, making clothes from one sewing machine, and selling them on Calle Tumusla and Calle Buenos Aires. She then grew her business and less than a decade later had 20 people working for her. She quickly began exporting some of her clothes to Argentina and other places. However, following the closure of a border at Yacuiba, she could no longer export goods south to Argentina, so was forced to devote herself fully to the local market.

The story is remarkable but not atypical, and exemplifies some of the shortcomings of the local clothing industry. Over the past three decades, people who work in clothes manufacturing have been migrating en masse to Argentina and Brazil. By some estimations, there are currently over 1.5 million Bolivian migrants in Argentina alone. It’s not surprising there are fewer skilled labourers left to employ in the local market.

To add insult to injury, Chinese manufacturers swamped the market just over a decade ago. As these clothes are sold at such a cheap price, it is very hard for Martha's business to compete. Martha told me that these Chinese producers manufacture to a variety of quality standards, and the quality that comes to Bolivia is the lowest because it's the cheapest. Although the Chinese clothes do not last as long as Bolivian products such as Martha's, they are cheaper due to their synthetic material. This makes it difficult for Martha to compete with the Asian producers and, faced with rapidly closing market, she may be forced to abandon her business.

Martha's understands that placing international brands on her clothes would not work, as by doing so she would be entering into competition with Chinese manufactures. Competing with the counterfeit clothes from China would be ‘ridiculous’, considering the low pricing and mass-production capabilities for which the Asian countries have become renowned. She also believes local producers should develop their own brands but, in such a competitive market, the fake clothes imported from China —combined with the stock of second-hand sellers like Ramiro— are likely to dissuade anyone attempting to create their own brand. Currently, she is thinking of closing down her company because it is struggling in the current market climate.

Martha laments the passing of the time when brands such as hers boasted such a high quality that they had nothing to envy from foreign brands. However, in 2013 there is a very different outlook; as a formerly successful manufacturer, Martha is now considering travelling to sell her clothes. She believes it is an easier and more profitable prospect than competing in the local market saturated with cheap fake imports and high-quality second-hand clothes.

While the Bolivian authorities remain seemingly indifferent in the face of the proliferation of fake clothes from abroad, the country is doing so at the expense of locally produced items which may be of a higher standard. For better or worse, what both Ramiro and Martha's stories make apparent is the Bolivian market’s insatiable appetite for foreign brands, and merchants’ willingness to supply them. Fake clothes thus play an essential role in satisfying that need, and are very much an intrinsic part of Bolivian moda.