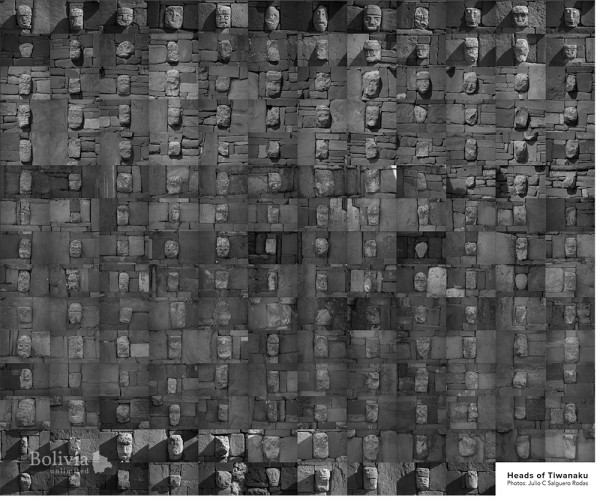 More than a millennium after its demise, Tiwanaku has become a Unesco world heritage site.

I ask our guide Hugo Tarqui Blanco what is the one thing that made Tiwanaku so successful:

‘It’s the extraordinary construction. The precision, the great architects, hydraulics engineers, metal workers behind it. The precision is tremendous, this is why for some time, it was said that probably they could make the stones’.

He tells me, ‘Architecturally, they based it not only on what we call the Andean cosmovisión, but also on the three levels: Sky, Earth and Underworld.’

It’s these four elements fused with the three Sky, Earth and Underworld levels which gives us the number seven. This is reflected in their architecture: seven structures with seven platforms, and seven steps in each stair.

As I leave, I look on the ground to see the many footprints of people who come every day to visit the site. I can’t help but think that another century may pass before we fully understand and discover in its entirety what made Tiwanaku so exceptional. A wait all the more exciting.