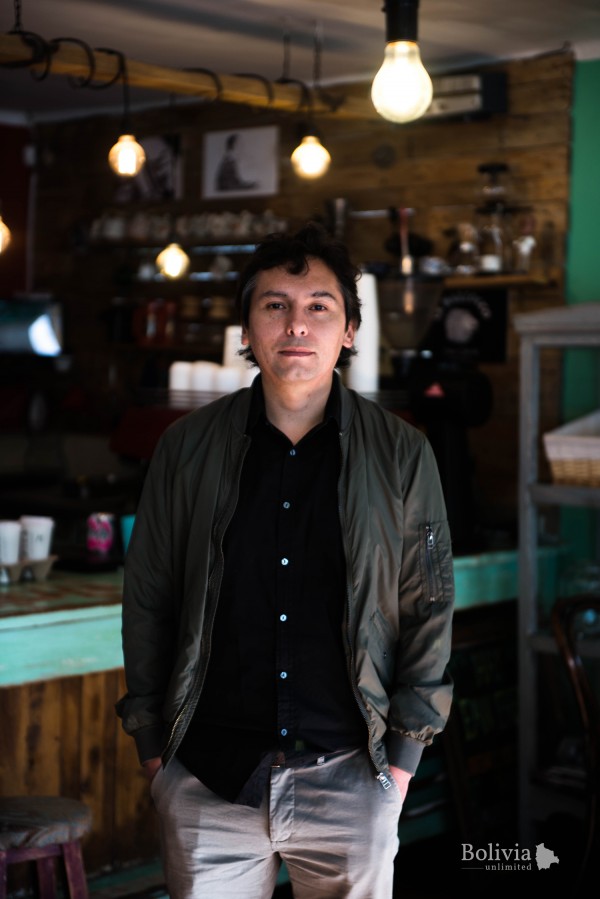 Before Typica opened its first locale in Calacoto, coffee enthusiasts had limited options for specialty coffee. Since its inception in 2013, 7 more shops have opened across Bolivia, with branches in Cochabamba, Oruro, Santa Cruz, Sucre and two more in La Paz. Where caffeine connoisseurs once lacked the access to local coffee of incredible quality, they are now increasingly catered for. Fabio Arandia Loayza is the man behind Typica’s founding and is one of the key partners of the franchise. His love for coffee and the shrewd analysis which drew him to this gap in the market has paved the way for Bolivia’s coffee revolution.

Arandia has always been drawn to the world of coffee. This attraction led him to the art of coffee making, soon taking up the mantle himself and becoming a barista. His passion for coffee, extended to the coffee of his homeland. ‘Bolivia is one of the best coffee producers in the world,’ he says. Early on, he saw the potential and the unique qualities of Bolivian coffee. ‘The geological and environmental conditions that we have in the coffee growing regions of Bolivia are very favourable. This is why we are among the best growers of specialty coffee in the world,’ he explained.

To better understand the great strides made by coffee culture in Bolivia since Typica’s opening, Arandia laid out the coffee basics. Arandia explained the growing success specialty coffee experienced worldwide, stating that ‘since 2000, a movement emerged prioritising the traceability of coffee and the quality of coffee beans. Its origin, processing, roasting and preparation methods were taken into account, as well the ability to provide an excellent service as part of the experience.’

Coffee fever hit Bolivia shortly after with the opening of Typica adding to this frenzy. Instead of reaching far and wide for coveted beans, Arandia looked no further than his own backyard. ‘We already produced specialty coffee but most of it was exported to markets in North America, Europe and Asia.’  As the success of Typica shows, the demand for specialty coffee in Bolivia is ever growing. In part this is because of the opening of spaces like Typica and a new generation of entrepreneurs like Arandia himself.

Typica was unique for Bolivia at the time. Environmentalism laid at the foundation of their ethos, Arandia stated that they ‘use biodegradable packaging that has less impact on the environment and our products are fresh and natural’. Arandia took this concept further and for Typica it meant more than just providing biodegradable packaging. Their concern for recycling even extended to their furniture with restored antiques furnishing their branches across the country, making their shops instantly recognisable. ‘Bohemian’ is a word often attributed to this chain, one only needs to see it for themselves to get a sense of the tasteful atmosphere created by this eclectic mix.

In the midst of this global pandemic, the service industry has suffered massively and Typica is not exempt. It forced Typica to adapt overnight, Arandia earmarked their main challenge ‘this is to provide the same experience that we gave customers in our coffee shops but now in their homes.’ As far as Arandia is concerned post-pandemic, he remains optimistic, ‘coffee is one of the most consumed beverages in the world, I believe that this will not change and that the situation we are going through now will be an opportunity for learning.’ While it’s hard to plan for the future now, there is one absolute and as Arandia put it ‘I doubt there are people who don't want a good cup of coffee.’