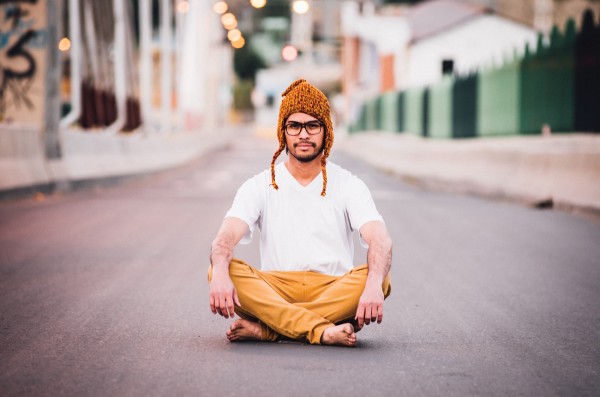 Finding home across the border

According to the National Institute of Statistics of Bolivia, the country had 562,461 immigrants living inside its borders in 2012. Yet, in an increasingly complex and intertwined world, what does it mean to be from one country versus another? Bolivian Express decided to investigate why an increasing number of extranjeros are not only visiting Bolivia, but learning to call the country home.

Efrain Maestre is not tall, but he stands out in an average crowd of Bolivians. In just the same way, his accent stands out because it is speckled by yeísmo. It instantly labels him as one of the many extranjeros who have recently moved to the eje central of Santa Cruz, Cochabamba and La Paz. Although he was born and educated in Venezuela, Maestre moved to Bolivia when a fellow Venezuelan offered him a graphic design job in La Paz he simply couldn’t refuse.

According to UNICEF, the top five countries represented by immigrants in Bolivia as of 2013 do not include Maestre’s beloved Venezuela. Rather, immigrants namely come from Argentina, Brazil, México, Perú and Chile. Within La Paz, there exist pocket populations of foreigners, like the Peruvian immigrant community concentrated in El Alto. In other parts of the city, like Zona Sur and Sopocachi, there are many international organisations and even more foreigners. One Chilean Sopocachi resident, Ignacio Saavedra, declared that ‘It is not unusual to hear many Colombians and Mexicans in the streets,’ who are exposed, like Maestre, by their distinctive accents.

In 1976, extranjeros made up 1.3% of Bolivia’s population. Forty years later, they make up 2% of the country. Although Bolivian immigration levels have remained relatively low and stable over time, the demographics of its immigrants has changed noticeably in the past few years. Instead of Arab, Jewish, and Japanese immigrants, Bolivia now receives foreigners mostly from other Latin American countries.

According to Daniel Bordas, the Programme Director of the International Organisation for Migration, Latin American foreigners choose Bolivia as their home because ‘The cost of living here is cheap, especially for people like students coming from Brazil.’ Simply, more foreigners from Latin America are moving here for the economic opportunities, especially from countries currently plagued by economic crises like Venezuela and Argentina. Even so, Maestre solemnly reflects, ‘Regrettably, there is a crisis in Venezuela, but that is not why I’m still here.’

So why is Maestre still in Bolivia, if not for economic reasons? Undeniably, the economic opportunities and low living costs in Bolivia are favourable for people looking to move. However, when you ask immigrants why they choose to remain in Bolivia, many do not initially reflect on this fact. Interestingly, extranjeros in La Paz mention paceños as the primary reason they enjoy living in Bolivia. ‘Paceños are well educated,’ Maestre explains, ‘they respect me. They are nicer and more caring people. When you go somewhere and you are received well, you can make it your home.’

More frequently than not, Latin American foreigners come to Bolivia and stay longer than they initially planned. Maestre thought he would stay for a maximum of one year, but he sits across from me 16 months later and asks, ‘Do you like salteñas?’  He sips on his instant coffee, takes a substantial bite into his mid-morning snack and says, ‘They’re a bit too sweet for me.’