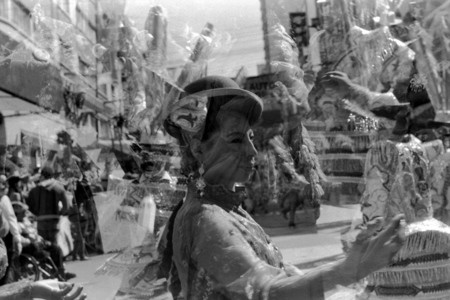 The European Union (EU) consists of 28 countries with 24 official languages and it has struggled since its inception to shape a cohesive European identity. In many of the 28 countries that are part of the EU, anti-EU parties are on the rise as people have become afraid of losing their national identity. According to a study by Lauren M. McLaren in 2004, between 40% and 60% of the people in many European countries are worried about losing their national identity dueto their country’s EU membership.

In the middle of South-America, there is a country in which 30 different indigenous nations live together and 38 officially registered languages can be heard. The country’s plurality got underlined by its government on the 7th of February 2009, when Evo Morales’ administration changed the country’s name from República de Bolivia to Estado Plurinacional de Bolivia. This constitutional name change reflects Bolivia’s project aimed at establishing a national identity based on the diverse indigenous roots of the people. But how can Bolivia shape a unified national identity while preserving the various indigenous iden- tities? The situation in the EU makes this project seem troubling.

There are several reasons for the importance of having a strong national identity. Firstly, national pride tends to unite a given population behind the common goal of developing their country. Secondly, a shared sense of belonging can also help prevent conflicts between different ethnic groups inside a country. Given that Bolivia has many different ethnic groups, it is clear that in Bolivia’s case finding unity in a collective identity is not only desirable, it is crucial. If the country manages to do so, Bolivians will have an increased interest in the pro- gress of their country and feel strongly connected to their national soil.

Cancio Mamani López, head of the anthropology and ancestral knowledge and skills unit at the Ministry of De-ccolonisation, says that there is, in fact, a Bolivian identity. According to him, the identity is based on mutual respect for each others’ cultures and on a common philosophy that involves the belief in pachamama.

In his book Identidad Boliviana: nación, mestizaje y plurinacionalidad, Bolivian Vice-President Álvaro García Linera also points out that Bolivia’s identity is closely tied to its people’s indigenous identities: ‘We, the more than 10 million people that live in this country, are Bolivian and this is the fundamental principle of our unity and the way we choose to live in community, but some of us are Bolivian Aymara, others Bolivian Quechua, Bolivian Guaraní, Bolivian Moxeños, Trinidadians, Urus, etc., and others simply Bolivian. That is the principle of plurality and internal diversity that strengthens and maintains our country’. However, has the project to incorporate Bolivia’s indigenous roots into its national identity been successfully completed? Is changing the name of the country all that it takes?

Surely, there are notable differences between Bolivia and the EU that make Bolivia’s project more probable to succe- ed. The main problem in the EU is that the different European national iden- tities are not a significant part of the European identity. The feeling of being both European and, for instance, Dutch is not as strongly advocated as, in Bolivia, being both indigenous and Bolivian is. Also, the EU is lacking a firm common language. Spanish is spoken by more than 80% of Bolivians, while barely a third of Europeans speak English.
So, what if the EU starts focusing on the plurality of the European identity united under a communal language? Will the EU then, over time, successfully form a European identity? The EU may just get answers to these questions by keeping an eye on how Bolivia’s identity will take shape in Estado Plurinacional de Bolivia