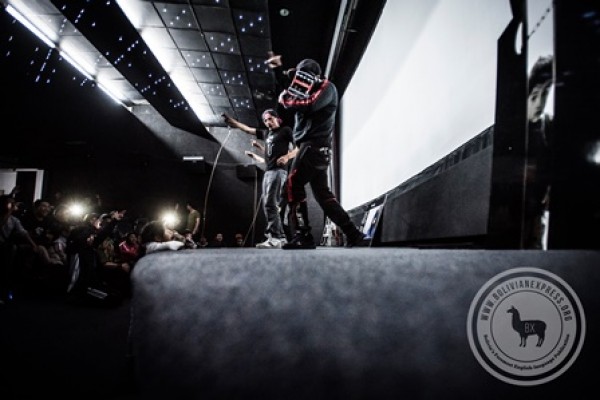 Going Out and Urban living

Essence of the Street

It’s a Thursday afternoon on the Prado. A group of young men with microphones linked up to a portable speaker are in full swing, rapping about everything from domestic abuse to Bolivia’s water shortage. And people are listening to them, for perhaps the first time in their lives.

This is Esencia de Lleca (‘Essence of the Street’), a project set up to give homeless young people a voice through hip-hop music. They not only perform live on the Prado every Thursday and Friday afternoon, but have also just released their first album.

And what stories they have to tell. With an age range of 18-28, the majority of the performers are long-term street survivors. They suffer doubly in that they are too old to receive the kind of assistance accessible to minors, and are at ages that are frequently mistrusted by the public. They are here for a variety of reasons. Some have been abandoned by their families, other have lost their parents and have been left vulnerable to extreme poverty and drug abuse.

In Bolivia, just as all over the world, homeless people are ignored and isolated. ‘It’s like they are invisible’ explains Anke Snauwaert, the 24-year-old force behind the project. ‘When you see them on the Prado in La Paz, it’s like they don't exist. People don’t notice them, they don’t want to talk with them, they see them as crap, like people without an identity, as rovers and thieves. They see them in a negative way or they simply don’t see them.’

Anke, a psychology student, came to Bolivia last year to study at the Universidad Católica Boliviana. Having previously played in an orchestra for people in vulnerable situations in her native Belgium, she had seen the beneficial effects of music first hand. In September, with the support of her mentor at the university, she decided to set up something similar here in Bolivia. ‘I think in this way the project was really nice and really beautiful,’ she says. ‘They could express themselves through their music and a whole other dynamic was created on the streets of La Paz. People who usually wouldn’t talk, wouldn't see them, wouldn’t listen to them were standing still, talking with me to know more about them. They were listening to their lives.’ 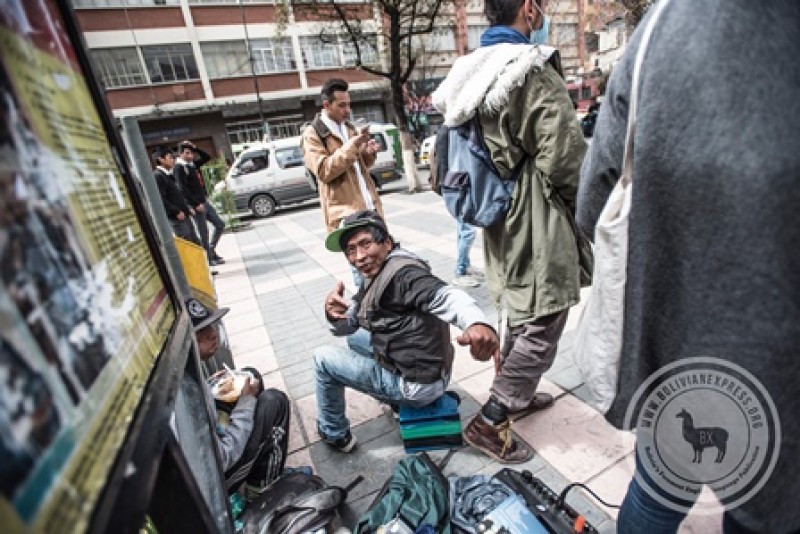 After bringing together a number of kids for the project, Anke drew on some friends who had a small recording studio. They gave her a special price and she was able to fund the studio time with the help of sponsors. She fondly recalls the recording experience and how much it meant to the performers.

These young artists had never had access to this kind of professional set-up before. She noticed that some of the girls were nervous about performing, so she took them for their own special recording session, making a girly day out. It is this kind of sensitivity, attention to detail, and warm-heartedness that characterises Anke and has been integral to the success of the programme. She has created an environment in which these young people feel comfortable enough to tell their stories.

One of the most powerful tales is that of 17-year-old América. In her song ‘Madres Solteras’ (‘Single Mothers’) she tells of her pregnancy at 15, and how she dealt with the discrimination as such a young mother, how she was judged and ignored. She goes on to say how this has not held her back, she kept positive, kept moving forward and ‘her mistakes turned into love’.

Esencia de Lleca not only offers its stars a chance to write and perform, but also the opportunity to make friends, earn money through the sale of the CD, and break away from drug use. ‘This was one of the aims we had,’ Anke says. ‘One of the rules is that whilst you are participating in the project, you can’t be high. One of the goals of the project is to give them another perspective on life, outside of drug use and living on the streets.’

Setting up a project of this type was far from plain sailing for Anke and her team. The original plan was to rehearse in different locations around La Paz, including the Teatro al Aire Libre, a large outdoor venue in La Paz. ‘I kept thinking this could be better because not a lot of them were coming to the project and I knew that a lot of them were interested,’ Anke explains. ‘I think it’s an obligation for them to go out of their comfort zone. They didn’t feel comfortable coming to the Teatro, so I changed the whole idea in January, moving the project to the streets. That changed the project a lot because on the one hand we had more trouble with other people and with the police, but we had a lot more young people that were interested, curious’.

Another problem was dealing with the police, who at first could not tell the difference between  the participants of Anke’s programme and other homeless people on the street. Although not all of the homeless people on the Prado use drugs, at times some drug users gathered around the performance and the police assumed Anke was responsible for them. As such, she found that she was being criticised by the local authority for condoning drug use. Fortunately, this struggle was only temporary. As Anke explains, ‘It changed during the first month because they got to know us. We were there every week and they saw that we didn’t make trouble.’

Anke and the boys and girls have come a long way since Esencia de Lleca was founded in September. Integral to its success has been the fact that it is completely different to any other project acting for this demographic. A few organisations are keen to give food and shelter to the homeless, but even these projects can ignore the personalities and stories of the people they are helping. They were nameless figures in the shadows of society, now they’re in the spotlight, and their names are Choko, Chuki, Lustra MC, Adrian, Alan, América, Anahi, Ariel, Bengie, Daniel, Diego, Felman, Jorda, Jorge, Karla, Luis, Mayumi, Poncho, Rolando, Tony and Vlady, and they’ve got a message you ought to listen to.