Energy and Natural Resources in Bolivia. 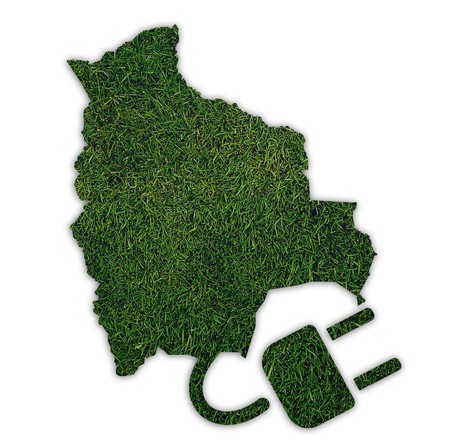 On hearing that this issue of the Bolivian Express focuses on “visions” of the future in Bolivia, many ideas passed through my mind – but it was natural resources that surfaced as the most defining force in Bolivia’s past and future. The fate of Bolivia has always been linked to natural resources, which make up the central pillar of its economy, but are also as determining a factor of its political and social life. Hydrocarbons, minerals, water resources and lithium are just a few examples of the kindness that nature has bestowed upon Bolivia. It is precisely because of these resources, and Bolivia’s location in the heart of South America, that the country has a chance to consolidate itself, over the next few years, as the energy centre of the region.

If we take a look back at the historical influence of these natural resources, we at first come across mining. Throughout the history of this region (even before it was known as “Bolivia”) mineral extraction has been ever present and of chief importance. For a large part of the 19th and 20th centuries, large mining families built up economic and political power to the point where various presidents of this period were closely involved in the mining world, first of silver and then of tin. Simón Patiño provides us with an indicative example of this economic power. He was one of the “tin barons” who, in the thirties, was one of the five richest men in the world, coming to control tin extraction in Bolivia much as he controlled the processing and smelting of it in England. Today, mining maintains economic importance. There are several different types of mining that range from the state-led, to cooperative, to mining by international corporations. Amongst the internationals, it is the Japanese Sumitomo Corporation, operating the San Cristóbal mine, that stands out as the biggest. The importance of mining is reflected by the exportation figures; in 2013 17% of all exports came from mining and even though the price of minerals has suffered a large decrease in the last few years, the demand is still there. All the signs point to the fact that Bolivia’s historical relationship with mining is not going to change over the next few years.

Another natural resource that, since the second half of the twentieth century, has been moulding itself into one of the principal drivers of the Bolivian economy is natural gas. Stored in the underground regions of southern Bolivia, this resource provides energy for the two largest countries in South America: Brazil and Argentina. Currently, natural gas exportation represents the main source of income for the Bolivian State and 56% of exports. Its importance is also seen in the internal distribution of gas and its weight in terms of foreign policy. In the long term, gas reserves have turned out not to be as plentiful as was initially thought. Furthermore, exploration activities have been reduced which could become a problem over the next few years, especially since demand, particularly in Brazil, is set to increase.

Both resources (gas and mineral) collectively form 73% of the country’s exports and are the principal pillar of the national economy. Nevertheless, this country has large stores of other natural resources which are gaining more significance on an international level.

Bolivia has immense water resources, as much subterranean as surface based. However, they have not been adequately taken advantage of. Two of the main basins (Del Plata and Amazonas) form part of the largest hydrographical systems on the continent. The Altiplanic basin (Lake Titicaca, River Desaguadero, etc…) hold enormous potential. Bolivia anticipates the exportation of energy from 2015 onwards by means of the construction of various hydro-electric power stations in Santa Cruz, Cochabamba, Tarija and La Paz which will produce energy for export to countries such as Argentina, Brazil and Peru, who have already expressed interest in buying Bolivia’s energy. The exportation of this energy could bring about great economic benefits for the country, however, questioning comes from environmental sectors reminding us that dams greatly affect their surroundings.

The worldwide demand for lithium is constantly increasing since batteries for devices including mobile phones and laptops need this material. Salar de Uyuni, located in the department of Potosi, represents the largest reserve of lithium on a global level and there are currently state-led industrialisation projects in progress. However, these projects have not yet been fully activated since there is a lack of technology and know-how to do so.

With regards to atomic energy, President Evo Morales says this energy source will be developed peacefully and will be used purely for medical and production purposes. A nuclear plant is expected to be constructed in the La Paz region within the next 10 years. This plan has provoked worries amongst many sectors since recent incidents (Fukushima) and not so recent ones (Chernobyl) show the enormous environmental risk that this type of energy can pose. Neighbouring countries have reacted cautiously to this idea and so the future of this type of energy, and the possibility of exporting it, remains uncertain.

As you can see, Bolivia is a country blessed with large amounts of natural wealth, and converting the country into an energy hub and regional driver has been portrayed as a national interest for decades. It’s an achievement that would confirm Bolivia, as the diplomat Alberto Ostria Gutiérrez dreamt, as “country of contacts not of hostility.” Nowadays, President Evo Morales (who will most likely be re-elected in October, 2014) has announced his government’s interest in consolidating Bolivia as the heart of energy in South America, utilizing the natural and energy resources already mentioned. There is no doubt that the potential held by these resources offers the chance to establish Bolivia as the centre of energy and chief provider of natural resources for the entire South American area, as well as for other parts of the world. However, this process must involve an appreciation of the importance of taking precautions not to exploit natural resources to the detriment of the environment.

The opportunities to develop that are presented to Bolivia because of its natural resources can be followed up in a sustainable and balanced manner, prioritising the introduction of “clean” sources of energy. At the same time, the fact that natural resources are finite must be taken into account, making it is important to invest in resources from areas which generate a larger number of jobs in the long term. Without a doubt: the vision of Bolivia becoming the centre of energy in South America is a real possibility over the coming years.