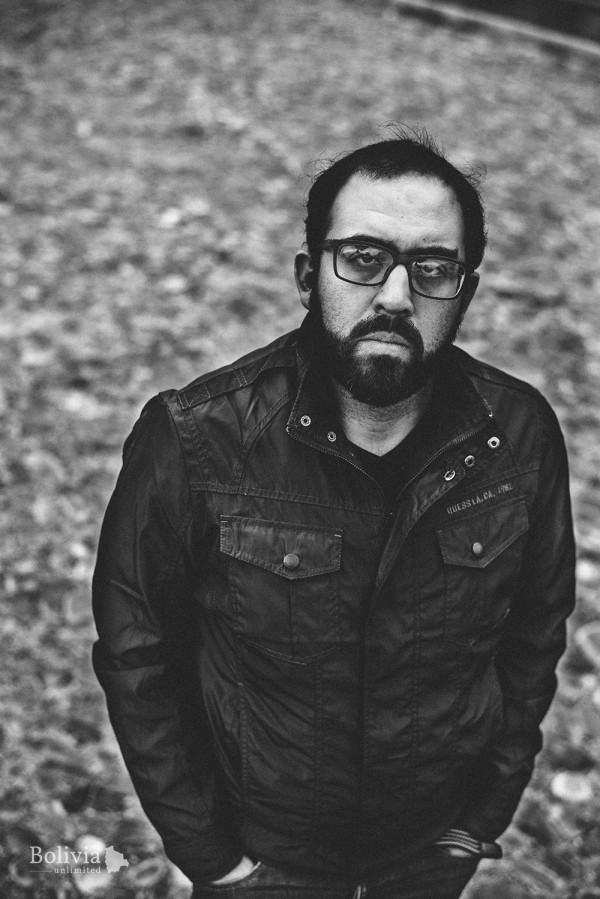 A film on toxic masculinity in Bolivia’s farmlands

Set in the Beni, in the Northeastern lowlands of Bolivia, Juan Pablo Richter’s feature film, El Río, tackles rocky family relationships, toxic masculinity and the emerging identity of 16 year-old Sebastian, played by Santiago Rozo. Richter’s debut film follows the teenager as he struggles to fit into the traditional conservative world in which he finds himself after being sent from the city to his father’s logging ranch. Tensions rise when Sebastian fails to conform to his father’s vision of the macho boss’ son, but Sebastian is not immune to the pressures of this hyper-masculine world either. Pensive shots of the breathtaking countryside are juxtaposed with images of intense violence, which allows El Río to deliver a prime example of Bolivia’s artistic potential and its political disposition.

When I met Richter to talk over coffee, he seemed far too cheerful to be the director of a thematically dark piece of filmmaking. As Richter delved into his creative process, however, he revealed some of the motivations behind the film, reminiscing about the moment in which he decided to make El Río.

‘It was 2012,’ he said, ‘and I was a producer for a kids news network. We covered the news of a young girl who was kidnapped downtown and, in that moment, I don’t know how, but the story came to me. I’ve very much inherited machismo because I live in a machista country and I have a very machista family. It’s like a generational chain.You inherit, you learn and you live surrounded by this. So in that moment I decided I needed to explore this subject. I needed to put my masculinity on the edge and try to defy it. That’s why I started to write El Río,’ he explained.

Although Richter grew up in La Paz, he is originally from El Beni. The story’s deep personal resonance comes across in the treatment of its characters, each of which develop into a complex, three-dimensional role. Although it is generally the case that rural areas tend to be conservative, El Río confirms this phenomenon in El Beni. ‘It was hard to face my family, to see our ghosts, and to see that we’re doing something wrong,’ Richter said. ‘So I wanted to make this film in El Beni because of that and I also wanted to explore a new environment. I wanted to discover the visual imagery that comes from that side of the country.’

Richter’s debut film follows a teenager who struggles to fit into the traditional conservative world in which he finds himself.

According to Richter, one of the film’s most important artistic choices was to draw a comparison between the violence of nature and naturalised violence in people. Nature is beautiful and awe-inspiring, but also an irrepressible force. In the film, Richter repeatedly returns to wide, expansive shots of the river, which make the audience suspect that there is an ominous presence lurking beneath the water.

After talking about El Río’s upcoming release, Richter shared his impressions on the overall condition of Bolivian cinema. Despite the difficulty of securing funding and government support for independent projects, Richter was very humble about his efforts, emphasising the importance of relying on a trusted team. He specifically stressed the input of Paola Gosalvez, his producer, in bringing the six-year project to completion.

To illustrate the intimacy of his relationship with filmmaking in Bolivia, Richter compared it to something that is almost equally as close to his heart: the national Bolivian football team. Even if they lose, he said, you have to show up and put on the jersey to support your team. He also spoke about the inherently political nature of filmmaking, arguing that any film, be it artistic or purely commercial, takes a political stance. Despite his view on the matter, Richter admits that El Río’s political dimension took him by surprise. ‘The things I want to do right now,’ he explained, ‘I think they’re very political. For many years I was denying that, but I think I now need to assume that I make political films… There’s nothing more valuable than someone who talks to you from the heart, and not from the mind, the body or from the pocket,’ he said.

Richter’s first inroad into the world of Bolivian feature films was released on the 2nd of August, and it will be interesting to see how the film performs in the long run. It is a bold, opinionated work that is likely to cause controversy. ‘It is a very dark and tense movie because violence is dark and tense,’ he said. ‘As David Lynch once said,’ he continued, “if you’re looking for light, you need to go to the darkest places to find it.” Maybe my generation is lost, but we need to guarantee that the next generation will not deal with violence and toxic masculinity, with inequality and all those things. We need to recover lost time. We’re facing it and we’re making things change.’ Richter’s passion and conviction in his work suggest he will succeed in this mission. It certainly seems that he is not slowing down for anything.