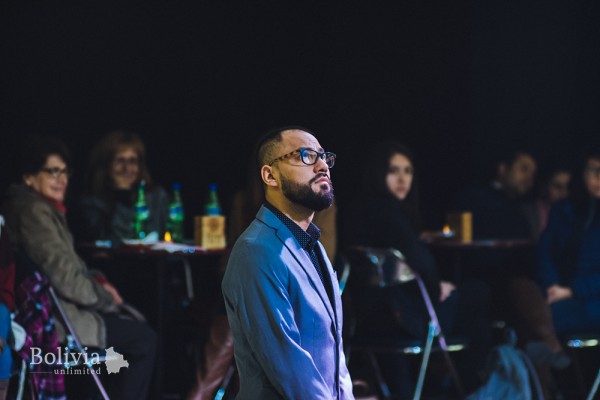 El Método Grönholm, the highly anticipated show featuring some of the most talented figures in Bolivian theatre, opened in August at the Teatro Nuna in La Paz’s Zona Sur. When the audience walks into the show the stage is bare except for a bizarre assortment of props, including office chairs, a motorcycle helmet, priest vestments and a red clown nose. What ensues after the public is seated is a dark comedy about four candidates vying for an executive position at a major multinational corporation. The selection process takes the form of psychological trials that force the candidates into unscrupulous power plays of manipulation and deceit.

Bringing to life a sharp and engaging script adapted from a text by Catalan playwright Jordi Galcerán, the four actors (Winner Zeballos, Javicho Soria, Natalia Peña and Mauricio Toledo) deliver a strong physical performance with an energy that captivates the audience as the play moves between a witty satirical comedy and a gripping human drama. The story reflects on human relationships, on the way people present themselves and treat one another, and on the masks people use to get what they want. The interaction between characters and the movement of the ensemble play an essential role in conveying the development of these power dynamics. This is what the actors do so brilliantly. Not only do they effectively use their voices and bodies to stake the claim of their individual characters, but they also work with and against each other to vividly evoke the human conflicts of the story.

The play moves between a witty satirical comedy and a gripping human drama. 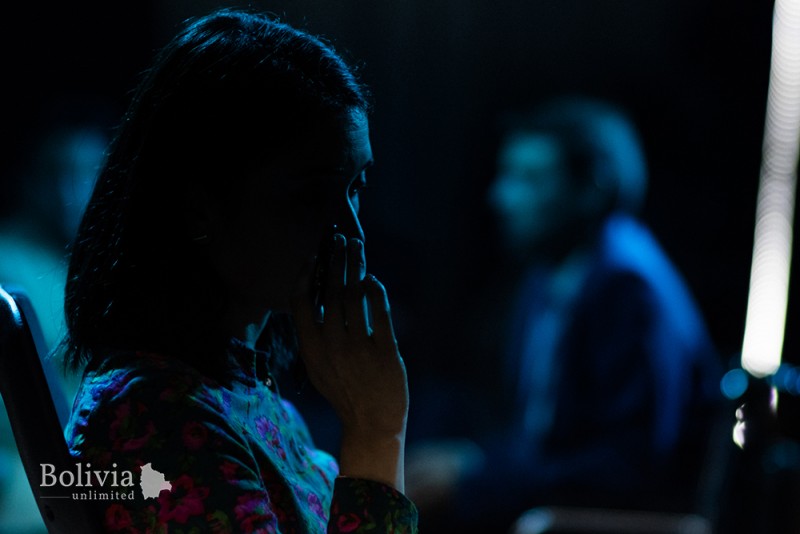 In addition to the cast’s performance, virtually every aspect of the play is well executed. From the writer’s sharp dialogue to the lighting and tech design, every step of the process provides a strong platform for the actors to keep us laughing and thinking on the edge of our seats. El Método Grönholm is a genuine testament to the incredible raw talent Bolivian theatre has to offer.

This is the fifth play put on this year by Teatro Punto Bo. Eduardo Calla, the executive producer of the initiative, describes the project as a ‘platform of sustainability, producing and distributing theatre in Bolivia.’ The aim is to ‘create a regular series of theatre productions in La Paz as a starting point. Shows of high quality, theatre that is artistically and technically well done, to reach new audiences and foster a theatre-going public.’

If creating a regular, sustainable theatre scene in Bolivia is the main objective, money is going to be a prime concern. With limited state funding, Bolivian theatre productions tend to have smaller budgets, and theatre companies cannot put on shows as frequently as they would like. This reduces the engagement of the theatre-going public and restricts the activities of the theatre community in the country. According to Calla, who is an accomplished theatre director in his own right and has trained and worked in theatre outside of Bolivia, ‘this is a very Latin American reality.’

The sheer scale of the theatre industry beyond the region, in cities like New York, London, or Berlin, is tremendous when put into perspective. ‘It is incomparable,’ Calla says. ‘In those countries, there is funding, there are systems and infrastructure for theatre.’ Although Bolivia also has a theatre system, it is not in the same condition as the theatre industries in the United States or Europe. Without legal, political, or economic support artists must make do with what they have. Fortunately, what Bolivian artists do have in abundance is creativity and talent and projects like Teatro Punto Bo have made it their mission to refine this advantage.

The shows put on by Teatro Punto Bo also aim to incorporate talent from outside the world of theatre. The cast of El Método Grönholm, for example, features four actors with different backgrounds. Natalia Peña and Mauricio Toledo have spent years working in theatre in a traditional sense, whereas Winner Zeballos is better known for his work in an underground experimental performance circuit, and Javicho Soria is a stand-up comedian by trade. Mauricio Toledo frequently works in film and has also worked as a TV presenter. Even the director, Álvaro Manzano, is primarily a filmmaker and El Método Grönholm marks his debut as a theatre director. The diversity of the talent involved has made his theatre debut an exciting and successful experience.

‘At first it was quite difficult to coordinate a rehearsal schedule that worked for everyone,’ says Manzano, adding that the final product was worth the effort. ‘Having a cast that is too uniform or similar would have made it a bit drab and stale,’ he explains, ‘the performance would have been restricted.’ A crossover of talents and performance styles helps to invigorate a theatre scene and ensure Teatro Punto Bo’s objective of delivering shows of a high standard. The decision to assemble a cast of diverse backgrounds was also useful for the play because the different performance styles complemented the personalities of the characters who clash in the story. With the audience circling the square stage on all sides, ‘The actors are like four lab rats in a box whose words and actions are being observed, judged and interpreted by us, the audience’, Manzano says.

‘The actors are like four lab rats in a box whose words and actions are being observed, judged and interpreted by us, the audience.’ 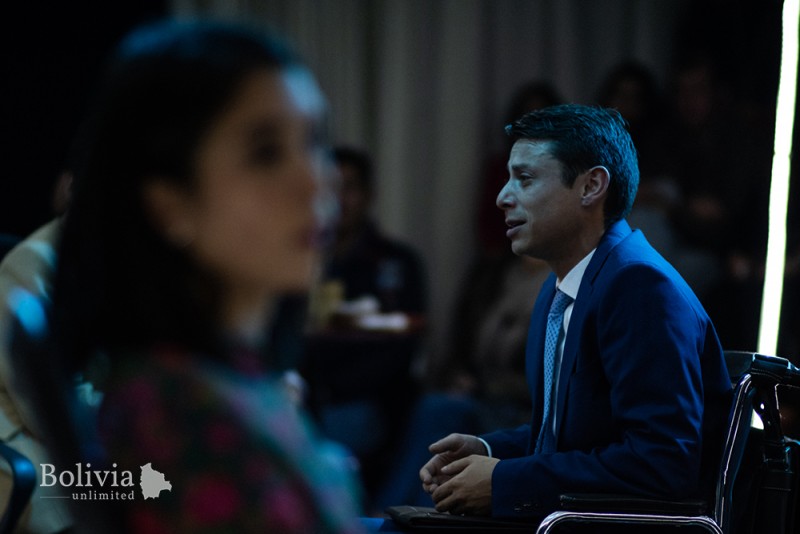 Given the raw talent of the acting ensemble, the show is entertaining regardless of which side of the stage you sit on. With shows like this, one should be optimistic about the future of theatre in Bolivia. Initiatives like Teatro Punto Bo are slowly building a theatrical ecosystem to deliver more high-quality plays and do justice to the creative potential of Bolivian artists.