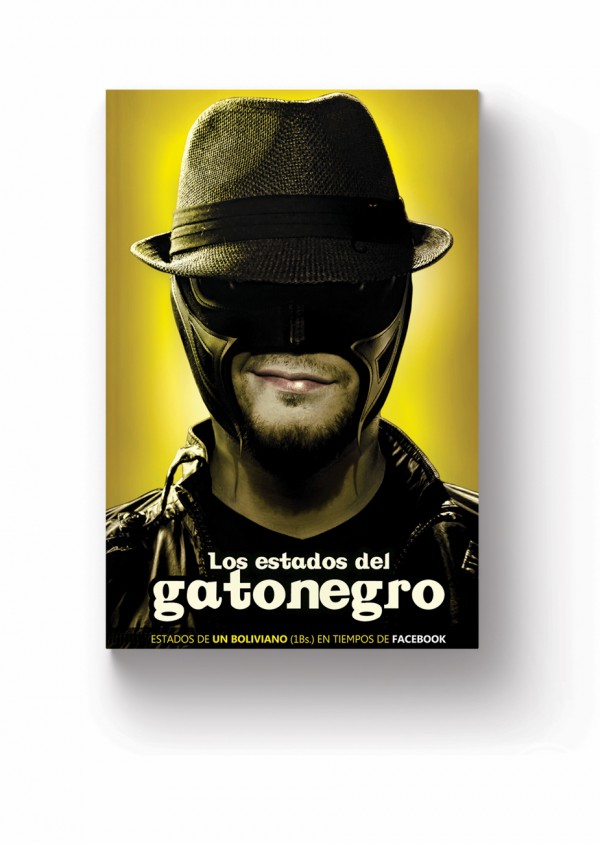 The caretaker of civil society

He is an ordinary guy who wears a hat and a black mask to express his critiques of the government and society. When he speaks, his words are heavy with irony. Nightly surveillance through social networks has allowed him to denounce abuses of power by politicians, bad social behavior, corruption, or simply promote a good attitude. In one post, he writes, ‘The horn, the world's fastest and cheapest intelligence test,’ in reference to the chaos and traffic of the streets of Santa Cruz. He informs people of what is happening in the city through funny photos and memes instead of traditional reporting.

Here, Fede Morón shares his story and tells us about his transformation into the Black Cat.

Fede was born in Santa Cruz. He studied advertising and currently works as an independent publicist in a creative laboratory and is responsible for educational campaigns on social networks. He is also the creative director of Revolución Jigote and the Black Cat Workshop, where he produces his books and other personal projects.

‘It took me several years to realize that I'm not a fan of advertising... I hate advertising,’ Fede admits. ‘But I use that hatred as a creative resource in my work. Basically everything that is unfair or or disrespectful bothers me. When I see things that other people overlook or do not want to see, it makes me say critical things.’

Fede found his voice through the personification of the Black Cat. ‘I learned to use the black cat to play, to have fun, to hide or amuse myself, to be semi-hidden,’ Fede explains. ‘As a boy, I gave myself this nickname because I had a fascination with cats, in particular with black cats.’

His personification of the black cat is accompanied by a hat and a mask. For many people, he has become an opinion leader. His posts are very popular and his faithful followers constantly share and re-tweet the messages of this character. ‘Somehow you can say I am an opinion leader in social networks, although I do not like the title,’ Fede says. ‘Basically, I say things that many people have thought or have been close to thinking.’ In this way, he presents hilarious images by twisting and playing with words.

‘I do not consider myself a writer. I consider myself a loquito with two books,’ Fede laughs. ‘In these books are the statuses or comments that I’ve made on social networks. What I basically did was take different pieces of news or events and publish about them, using black or absurd humor and sarcasm. I think that humor is the concrete way to talk about serious things, and that's why I use it a lot.’

The Black Cat intends to spread courage to the people so they can become socially conscience of their city and its authorities. He complements Fede Morón not only as an alter ego, but also a vigilante.