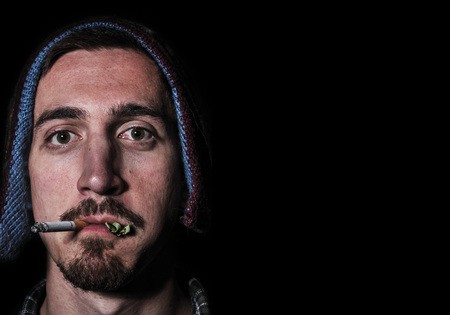 With the historical exceptions of Coca-Cola and the heavily regulated pharmaceutical industry, the use and consumption of coca outside of South America is generally illegal. This is due to an alkaloid which can be obtained from the plant: cocaine. But, after seeing the huge cultural significance of coca in Bolivia, I set out to explore the benefits of the indigenous plant when used in food and drink, and to discover what, exactly, the rest of the world is missing out on.

Eduardo Garcos sits behind a large desk in his office in El Alto, its walls lined with fat bags stuffed with coca leaves. He is the administrative manager of the Pukara restaurant group, which has branches in La Paz and El Alto (the El Alto location is vegetarian, and features many coca products). Eduardo tells me that most of his customers buy coca for its health benefits. The coca products sold here include biscuits, bread, pasta, and pastries.

Garcos is a member of a coca producer’s association in charge of creating coca products for the Bolivian coca industry. ‘We buy the coca leaves from the market, but Pukara has its own miller, so we can grind it ourselves. We don’t trust much of the ground coca that is sold on the market’. He then shows me an enormous Swiss roll made from nearly 1 kilogram of ground coca mixed with wheat flour and sweet chocolate.

I ask him whether he thinks that coca could become popular outside of South America. ‘The coca leaf could be popular. Coca is not cocaine’, Garcos says. ‘Coca tea is used to treat stomach pains, the pijcheo calms hunger, and it’s also a household remedy—it’s a very old medicine’.

Garcos does admit that it’s not for everyone: ‘Not everybody likes the taste—a lot of people don’t. But coca is used far more now in cities such as Santa Cruz, which is not a region where people traditionally use coca. It’s in the valleys and rural areas of the altiplano where the use and knowledge of coca is a tradition passed through generations’. So, perhaps, this shows that a foreign market can be receptive to coca’s culinary potential.

My quest brings me to a back street in the Sopocachi neighborhood of La Paz. A nondescript door opens into ‘La Costilla de Adan’, ‘Adam’s Rib’, a bar covered from wall to wall and ceiling to floor in trinkets and memorabilia—electric and manual typewriters, toy soldiers, soda adverts are arranged artfully. I flop down onto a large old leather armchair and am given an ‘Evaristo’, an elegant drink made from coca liqueur. It’s sweet, like coca mate mixed with syrup, but it’s got a strong after-kick from the alcohol. It’s not to my liking, though, so I leave the bar to try to find a more appealing coca treat.

Even though I didn’t like the taste of my Evaristo drink, I hope that I at least absorbed some of the coca’s health benefits. From my research, I learn that 100 grams of coca leaves can fulfil the recommended daily dietary requirement for calcium, iron, phosphorous, and vitamins A, B, and E. In fact, the Incas put so much faith in the leaf that two of their emperors’ wives were named after it.

Two posters of President Morales watch over Roberto Ramirez as he sits in his underground office and proudly tells me, ‘I have been regularly consuming coca for the last two or three years; I didn't catch the flu this year’. Ramirez is chief of the Industrialisation Department at the Ministry for the Coca Leaf. The department aims to promote the coca leaf by finding new uses for it.

Ramirez believes that the political classes in countries outside of South America are aware of the beneficial properties of the coca leaf. ‘They will not decriminalise it because it is not in their interests, or the interests of industry in their country, as coca is only produced here in South America’, he says. He believes that it is for this reason that the public is not told of the plant’s beneficial effects, and that governments use the bogeyman of cocaine to tip the scales of public opinion against the plant.

The Industrialisation Department has been responsible for the development of a soft drink, painkillers and even a sweetener, all made from coca. Ramirez says that while the department’s budget is limited, it has big plans. ‘We want to bring back Cocadent [a toothpaste]. We also want to develop bottled coca tea, aphrodisiacs and condoms’.

While talking to people, I heard of a coca myth in which God told the Andean people, ‘When you feel the sting of pain in your heart, hunger in your body, and darkness in your mind, take coca leaves to your mouth and softly draw up its spirit, which is a part of mine. You will find love for your pain, food for your body, and light for your mind’.

I heard of similar effects from almost every Bolivian I talked to, that the coca plant brings many health benefits such as quelling hunger, alleviating pain, and curbing general sickness. These days, one might think that the global market is ripe for another natural healing remedy. But cocaine—made from the alkaloid comprising only .25 to .8 percent of the unprocessed plant—continues to be the only thing associated with the plant outside of South America.

The legend continues, and rings true: ‘But if your torturer, who comes from the North—the white conqueror, the gold seeker—should touch it, he will find in it only poison for his body and madness for his mind. For his heart is so callous and his steel and iron garment. And when the coca—which is how you will call it—attempts to soften his feelings it will only shatter him as the icy crystals born in the clouds crack the rocks and demolish mountains’.