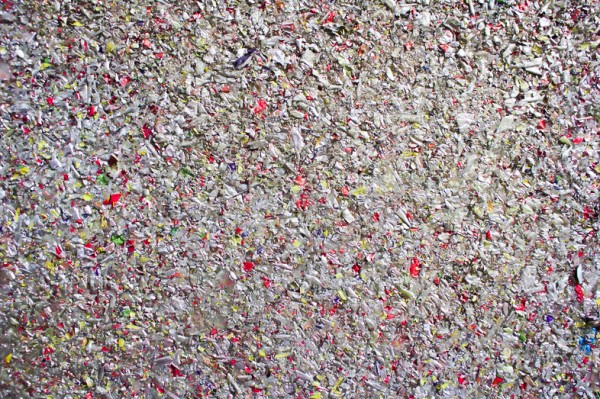 Putting recycling on the school desk

‘La basura mata’ – litter kills – is one of the most frequent slogans plastered on the walls of La Paz. For a city that is rapidly expanding, management of waste is a serious issue. Paceños produce approximately 560 tonnes of litter every year, all of which end up in the landfill of Alpacoma, the only dumpsite in the area. Experts predict the landfill site will reach full capacity in 20 years, hence the pressing need to find new ways to manage solid waste disposal.


In the last couple of years, management of litter – its recollection, disposal and recycling – as well as the safeguarding of the environment, have become priorities on the city council’s agenda. In order to address these issues, the council is implementing an eco-friendly programme in La Paz in collaboration with Emaverde (Empresa Municipal de Areas Verdes), a local office in charge of managing parks and green areas in the city. The programme began with the construction of two factories that opened in 2014. One of them classifies waste and is located near the landfill of Alpacoma. The other is near the offices of Emaverde and produces an innovative recycled material, plastimadera, from the plastic waste collected at Alpacoma.

Plastimadera – or, ‘plasticwood’ – is recycled plastic (obtained from polyethylene and polypropylene) turned into boards measuring 2.55m by 1.25m. Its properties resemble those of wood, specifically its flexibility and resistance. Unlike wood, however, plastimadera is impermeable and inflammable, ecological and less expensive, making it a worthwhile investment. The plastimadera project is designed to reuse non-renewable resources consumed in the city, and reduce the amount of waste stored at the landfill.

At present, the plasticwood factory has not yet reached industrial scale, but it manufactures 100 boards daily. Engineer Nelson Nina Perez, head of plastimadera production, knows that the project only minimizes the problem of waste management in La Paz. However, ‘in 10 years time,’ he tells me, ‘citizens in La Paz will lead a sustainable life only if recycling projects such as this one continue to develop.’

Nelson can barely hide his enthusiasm for his job as he shows me the different stages of the recycling process at the factory. After speaking to him, it’s clear that the prime concern of the city council and Emaverde is establishing a culture of recycling among the population, something that’s currently absent.

Only a few years ago, there was no specific treatment of litter in the city. This is still the dominant trend across Bolivia. Citizens are sceptical about recycling in general, as well as about the ways in which it could solve the problems of an expanding community. Some have doubts about the process of recollection. They see dustmen collect trash and they wonder how it could ever be useful to separate plastic from paper or organic waste. Despite these recurring questions, students in La Paz are taught to recycle at school. They are given snacks on a daily basis, the waste of which is placed in appropriate bins.

Last year, the plastimadera factory produced 525 pieces of furniture, distributed to different schools in various districts. It’s no accident that the chosen beneficiaries of the programme are the local schools of La Paz. The point is to show students that they are making a meaningful contribution to the recycling chain when they divide their rubbish at school. The cycle starts and ends with them.

‘Citizens realise that something useful can be made out of their waste,’ Nelson says, highlighting the role of the project in changing the mindset of the population. For Daniel Gustavo Cartagena, who works for the Department of Education in the city, local authorities must provide schools with furniture anyway, which is why the plastimadera initiative helps the council fulfill one of its primary tasks. They hope students will bring this lesson home so their parents will learn about the advantages of recycling with them.

Amanda Villca Beltrán works for the Municipal Secretary of Environmental Management, and  confirms that the citizen response to the recycling project has been satisfactory thus far. Almost 35 tonnes of waste have already been collected this year. Throughout the week, locals can take their rubbish to 99 different recollection spots where plastic, nylon, paper, cardboard and batteries are collected separately. On Sunday mornings, 23 recollection points operate around the city. The goal is to reach 40 tonnes of plastic by the end of this year to produce furniture for more schools in the city.

The work done so far covers only a small part of the waste generated in the city, but the local council is working hard to promote similar recycling projects with other disposable materials. Everyone involved in the plastimadera project (from the city council to Emaverde’s employees) strongly believes in what they are doing for La Paz.

I was expecting to see the same excitement for the project in the schools where plastimadera furniture has been sent. However, I was disillusioned when I learnt that one school was not actually implementing the program of recycling. The most challenging aspect of the project remains its implementation, which depends exclusively on the community’s participation. The city council may develop methods of supervision, or put forward incentives to promote the recycling programme, but the main responsibility continues to be that of the citizens. 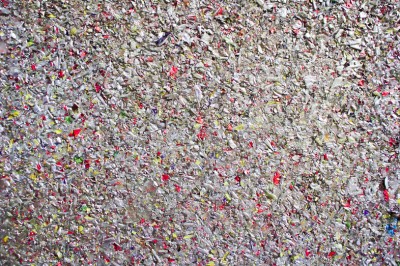