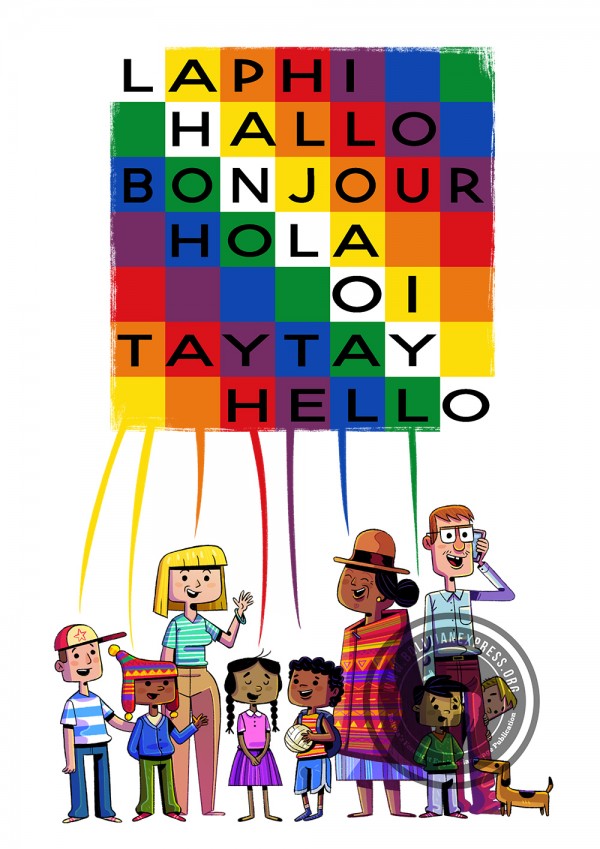 The challenges of reform in a diverse Bolivia

Bolivia, or the Plurinational State of Bolivia, has 37 official languages. Roughly 70% of the population identifies as indigenous and 68% has mestizo ethnic ancestry. Against this complex background, the task of defining one’s identity is not a simple matter. How language learning fits into this vast web of linguistic and identity politics is undoubtedly equally complex. What I want to know is how educational reforms have been received and whether they are perceived as being successful or even relevant.

Recent educational reform began with the Law 1565, which introduced ‘intercultural bilingual education’ in 1994. The first article of the law states that ‘Bolivian education is intercultural and bilingual, because it assumes the cultural diversity of the country in an atmosphere of respect among all Bolivians, men and women.’ Historically, however, Bolivian society has been deeply stratified along ethnic lines. Colonialism still weighs heavily. Efforts to construct a Nation state and shape a unifying national identity have naturally problematised cultural diversity.

Aiming to see policy in action, I visited a school in Miraflores, La Paz. I was largely disappointed however, as the teacher seemed unprepared for her class and after making the children recite some English and Aymara, admittedly quite enthusiastically, she informed me that there was no plan for the class. The director of the school clarified later that there was not a dedicated teacher of Aymara, which explained what happened to a certain extent. Although I may not have had a representative experience, my visit raises questions about large scale implementation.

To find out more, I spoke with Carlos Macusaya Cruz, a social communicator and educational activist. In his opinion, ASEP is ‘poetic, rhetorical, literary’ but in practical terms he believes that both rural and urban populations are more preoccupied with handling ‘modern’ technical knowledge, i.e. computers, mobile phones, cars. When asked about language teaching, Macusaya said, ‘I think that the practical sense has to do with people learning more than one language. It’s going to allow them locally, in Bolivia, to link to certain populations. If I speak Aymara I can communicate with the people for whom that language is more common, but it is also important to learn English because it’s a language that is handled in a globalising world.’

His viewpoint is one of practicality and not a romantic recuperation of ‘lost culture’. In his opinion, discourse on identity politics doesn’t seem to chime with people outside the government bubble. As he says, ‘It was never a problem of “I am Aymara, I am Guaraní, I don’t know.” It has always been linked to other topics such as: I am Aymara and because of this I am marginalised from work spaces, I have less agreements with the State, the State neglects my neighbourhood.’

There is a concern surrounding the essentialisation of indigenous cultures. That is, reducing them to stereotypes promoted by language teaching and attempting to recover a past that never really existed. ‘I remember saying somewhere several years ago that I was Aymara and people asked: “Where are your boat and your poncho?”,’ Macusaya says. ‘Looking for an essence in Andean cultures is like taking them from history’, he continues. ‘At the time of colonisation, the indigenous were portrayed as subhuman, as savages, as if that was their nature. In other discourses, promoted by the United Nations, the indigenous are no longer subhuman. Instead they speak with the cosmos, with animals, they are above others. In the end, it always reduces them, it denies their humanity.’

Pedro Apala Flores, Director General of the Plurinational Institute of Languages and Cultures in Santa Cruz, begs to differ, illustrating the other side of the debate regarding language education. ‘Already less shame is felt,’ he says, ‘already there is more openness in wanting to express things in their native languages. 10 or 15 years ago, that would have been very difficult. We hear people conversing in their language in public transport, in markets. Indigenous languages used to be family languages. A certain fear was felt because it categorised people as indigenous. So, there is that evolution, that empowerment.’

This matches a 2006 audit which claims that 71% of Bolivians identify as indigenous, whereas the 1992 census shows few Bolivians doing so. Getting back to the practical reality, however, I asked Apala Flores about the implementation of teaching and he was obfuscatory at best: ‘There are advances that we qualify as very positive and other things that are moving more slowly. In the topic of languages, we are moving with a firm but slow pace, because the linguistic complexity of this country is really alarming. For example: there are some teachers that speak indigenous languages but don’t write them.’ The teacher I met in Miraflores told me that she had to learn Aymara to teach it. Although a 2004 study suggests that reform has been better implemented in rural areas than in the cities, another study made in 2000, points out that only 25% of the indigenous population live in rural areas. It seems there are both practical and structural challenges for reform in a country where the process is only beginning.

There are practical and structural challenges for reform in a country where the process is only beginning.

If there is to be hope for a future generation in touch with indigenous culture and languages, the romantic and practical need to be balanced, with stereotyping and essentialising deftly navigated. Linguistic complexity aside, the teacher I spoke with told me, ‘The children find it difficult, but really interesting.’ Children, however, offered a different perspective. Urban children admitted they found language education boring and rural children seemed more enthusiastic. People want to be empowered, not forced into a prescriptive box. Whatever the way forward, people need to be respected, not reduced to essentialised images of cultures that ignore the complexities of reality.