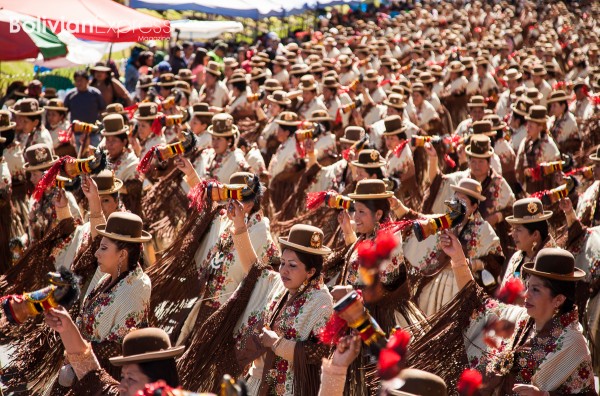 An Exploration of the Various Cultural Identities Showcased at Gran Poder

La Fiesta de Señor Jesús de Gran Poder, often called Gran Poder for short, is the largest citywide festival in La Paz, taking place on the six-kilometer route where the historical neighborhood of Ch’ijini once stood. Through colorful and highly ornate costumes, lively music and choreographed dances, this parade works to blend Christian themes and beliefs with the folkloric Aymara traditions of the city’s indigenous past.

I was able to enjoy all the festivities from the elevated vantage point of the Gran Palco Turístico Municipal, sponsored by La Paz Maravillosa, the tourism department responsible for La Paz’s being named one of the top seven cities in the world by the New 7 Wonders Foundation. So, with the added advantage of comfortable plush seating, bilingual guides and authentic Bolivian cuisine, I watched as nearly 35,000 dancers belonging to over 60 fraternities marched along the crowded streets of La Paz. 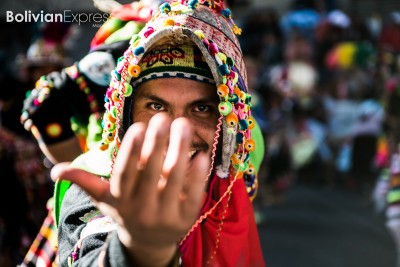 Some of the dances, such as the Tinku, are inspired by specific traditions that transpire within the various indigenous populations of Bolivia. The Tinku pays homage to an Aymara ritualistic combat of the same name which takes place in Potosí each year. During this time, members of neighboring communities come together to dance and symbolically sacrifice one another as offerings to Pachamama in the hopes of increasing their crops’ yield for the coming season.

Others utilize their dances and costumes to comment directly on the current state of cultural mestizaje in Bolivia. An example of this is seen in the large congregations of marching cholitas, who collectively represent the coming together of both indigenous and European colonial influences 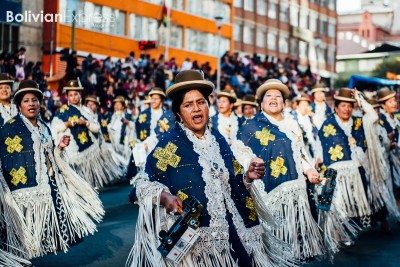 The dance of the cholitas is especially important not only because it celebrates a common cultural identity shared by many Bolivians, but also because it shines light on the cultural marginalization and racism of Bolivia’s past and explores the progress that has been made since.

Gran Poder attracts people from all walks of life: families with young children covered in sticky confections, boisterous and considerably intoxicated partiers, wide-eyed tourists and of course the ever-stoic security officers struggling to rein in everyone’s antics. Yet perhaps the born-and-raised paceños and newly arrived gringos alike have something to learn from this festive exploration of history, culture and social difference.