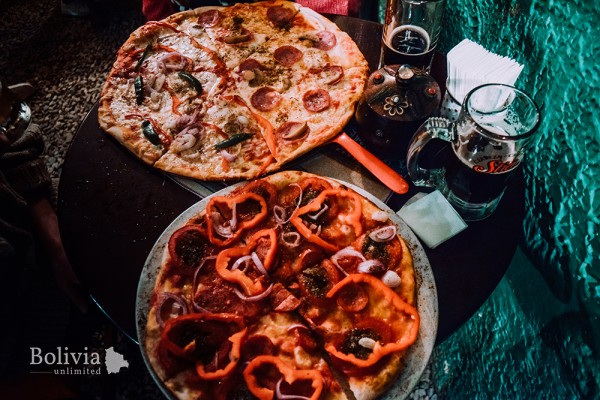 Food, Going Out and Reviews

A small but very edgy space in Sopocachi

It’s more than just the food that makes this restaurant so special - it’s also the decorations and the attention placed in each detail. Outside, a sign warns, ‘We do not have a doorbell, so yell and let it out.’ There is no mirror in the bathroom, but instead there’s a message reminding the customer that ‘You look good.’ A wall is decorated with messages from customers, the floor is covered with gravel, and the tables and wooden chairs are made from colourful aguayos. All of this is accompanied with good music, which the staff insist ‘is a 100 percent free of reggaeton.’

Cruzze’s owner, José Antonio Callisaya Rada, opened the restaurant in January of last year after three  previous failed attempts. The fourth try, though, is proving successful, as Callisaya has managed to create a welcoming pizzeria reflecting his own style and personality. ‘I worked in a pizzeria when I was 15 years old, and I liked the idea of doing something like this after finishing high school,’ Callisaya, 26, says. ‘So when I was 18 years old, I borrowed money to open my own pizzeria, but it didn’t go well, because I did not understand where I was.’ After this earlier failure, Callisaya attended culinary school and worked in a well-known café in order to gain experience. Only then did he once again begin looking into opening his own restaurant. He researched by taking different ideas and advice from friends, relatives and acquaintances, and little by little he created a concept for his own business.

‘The 2016 phrase “La Paz Ciudad Maravilla” inspired me,’ he says, ‘and I thought, Why not have a place that is at the level of the city? Why not make a pizzeria that represents the city? And that's where these details come from.’ Recently, La Paz has experienced a boom in local enterprises, and restaurants and chefs have been rediscovering traditional gastronomic values and incorporating them into modern cuisine.

Many of these new entrepreneurs are young people, who highlight Bolivia’s rich culture by combining traditional and contemporary ingredients. ‘We are trying to change the game,’ Callisaya says. ‘We do not want to copy the style of large corporations or want to impose anything—we want to explore our own culture.’ Now, together with his partners Martha Flores and Gustavo Rodríguez, Callisaya is working with discipline and perseverance, providing his clientele with a friendly place where they feel at home and can choose their own ingredients and design their own pie. Callisaya and his team are also eyeing the future, exploring the possibilities of expanding and opening locations across Bolivia, while always respecting the style and the spirit of each locale. 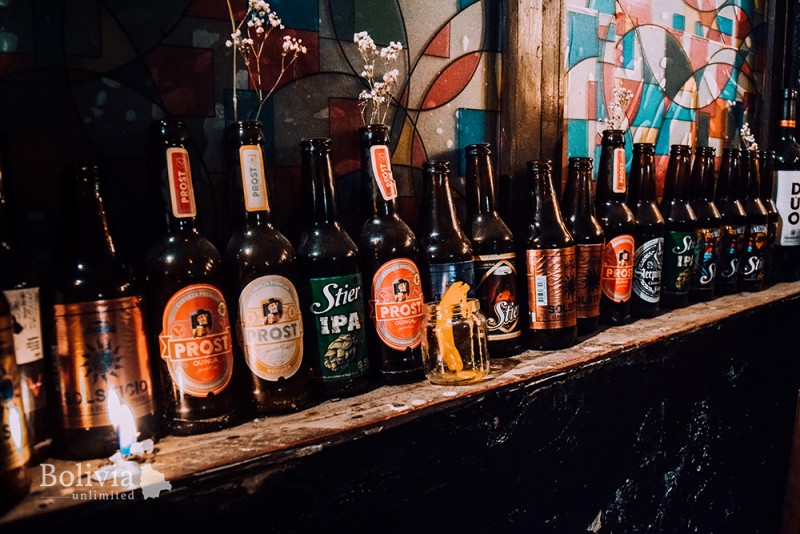