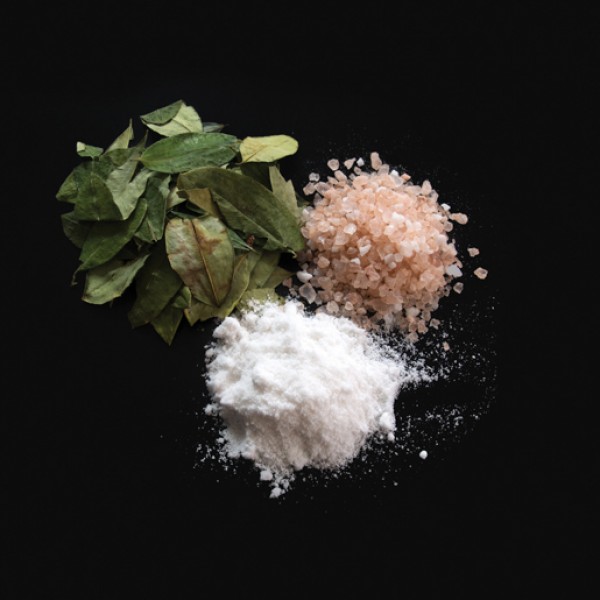 Two drugs that challenge the country

‘From coca leaves to lithium, Bolivia is rich in beautiful and dangerous resources.’

Coca leaves are deeply rooted in Bolivian history and tradition. There is evidence that suggests they’ve been used for centuries. Miners use it to boost their energy and it helps with altitude sickness, headaches and hangovers. The leaves contain more than 10 different vitamins and minerals, such as calcium and protein. They can be drunk as mate, chewed or made into sweets. Beyond its health benefits, coca leaves are also used in different rituals while praying to Pachamama. It also used to be an ingredient in Coca-Cola.

Coca leaves are also the main ingredient of the hard drug cocaine. Bolivia was and still is involved in the production of the drug, especially after the cocaine boom in the United States in the 1980s. It is responsible for many deaths around the world, not just through overdoses but also through the violence of drugs cartels.

Just over a century ago, cocaine was considered medicine. In 1884, just before Sigmund Freud became famous, he wrote a book, “Über Coca”, in which he described his experiments on the effects of cocaine. It started with his willingness to treat his friend’s morphine addiction using cocaine. The friend unfortunately died, yet Freud continued this method with other patients who were struggling with addiction. He tested effects of cocaine on himself, completely unaware of its addictive properties. He sent it to his sister and father as something ‘to cheer them up’ in low moments. He also worked with doctors at his local hospital, where they injected cocaine into the patient’s body to numb it before the operation. After two years of experimenting, Freud completely cut his drug use and hardly ever mentioned it again.

‘Bolivia was and still is involved in the production of the drug, especially after the cocaine boom in the United States in the 1980s.’

After that, Freud became famous for his psychoanalytic theory and for his discovery of the unconscious mind, which inspired the surrealist movement across all art platforms, including Salvador Dalí. According to Freud, human attitude, behaviour, thoughts and manners are all deeply rooted in the unconscious mind. We discover them through free associations, fantasies and dreams, which Freud considers ‘the royal road to the unconscious’. Today, many psychologists argue that Freud’s psychoanalysis is hardly influenced by cocaine, but his book, Interpretation of Dreams, suggests the contrary. His invention of ‘the talking cure’, which is a form of talking therapy, stems from the cocaine effect of wanting to talk about feelings and thoughts that we normally don’t share. His famous Freudian slips are also an example of that, as they represent thoughts of the unconscious mind that we usually don’t think about. Furthermore, Freud’s theory on dreams, in which he argues they are a mirror to the unconscious, is also influenced by cocaine which ends to gives its users unusual, or even surreal, dreams.

Of course, today cocaine is not considered medicine anymore but lithium is, and Bolivia has more than 50% of the world’s lithium resources stored in the Salar de Uyuni. The country is sometimes called ‘the Saudi Arabia of lithium’. This chemical element is used as psychiatric medication to treat bipolar disorder and depression. It prevents suicide and allows ill people to live normal lives without mania or psychosis. Since its long term use is damaging to the health of its users, lithium is used less and less to treat psychiatric disorders. However, lithium is found in tiny amounts in drinkable tap water. Studies show that these small concentrations can affect human behaviour. High lithium concentration in an area’s water supply, leads to lower rates of crime, suicide and rape. Many studies suggest that small amounts of lithium are actually beneficial for humans, as it creates new neurons in the brain and helps prevent dementia. Lithium was even an ingredient in the drink 7-up until the 1950s. The number seven referred to element’s mass number.

“‘Bolivians still do not trust Western medicine,’ she told me. ‘They prefer to talk to their family and friends about their problems and deal with them themselves.’”

However mental health is still a taboo subject in Bolivia. According to Geraldine O’Brien Sáenz, a former psychoanalyst in La Paz, psychiatric medication is unpopular in the country. ‘Bolivians still do not trust Western medicine,’ she told me. ‘They prefer to talk to their family and friends about their problems and deal with them themselves.’

Although the use of lithium to treat mental disorders is declining, the metal remains quite lucrative today. The element is being used to manufacture batteries for electric cars as well as smartphones and laptop computers. The global need for more eco-friendly means of transport has helped Bolivia become the number one interest of many international companies. Consequently the prices of lithium have increased, giving Bolivia a big economic opportunity that could raise the standard of living for Bolivians and therefore improve their mental health. However, the Bolivian government is concerned about the extraction of the resource and what it could mean for the country’s economy. Still, many scientists worry that given the growing demand for the resource, Bolivia might not have any lithium left by 2050.

From coca leaves to lithium, Bolivia is rich in beautiful and dangerous resources. It is one of the poorest countries in the region, but it paradoxically sits on a golden trove of natural resources. The government is trying to monitor the production of coca leaves in order to curtail the cocaine business and improve the lives of common farmers. It is also trying to exploit its lithium reserve with little or no help from foreign corporations. Both of these endeavors might seem surreal because they are very hard to accomplish, but these difficult roads to success could help change the future of the country.