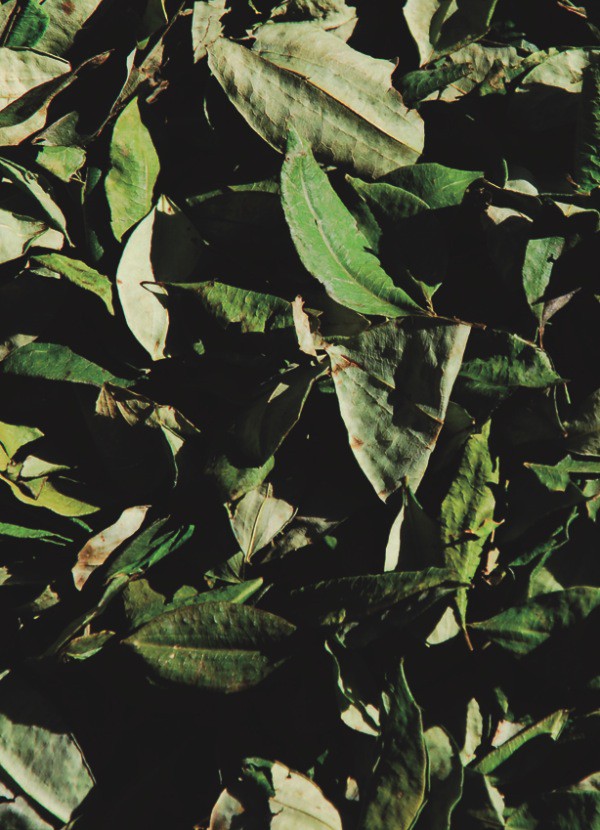 About 70 km from La Paz, a field of coca plants clings to the steep slopes of Las Yungas. This transitional zone between dry highlands and humid lowlands provides the ideal climate for the most stigmatized of plants. Many of the leaves harvested in the field will be sold in Bolivian markets to be chewed or made into tea. The majority will be taken to clandestine labs where one of their alkaloids will be extracted and purified to make cocaine. Some of the leaves will go into toothpaste and shampoo, and a tiny, select proportion will be shipped to a chemical plant in Maywood, New Jersey, working for The Coca-Cola Company.

Coca-Cola was first formulated in 1886 by an American pharmacist, who described the product as a “brain tonic and intellectual beverage”. At the time, its two key ingredients were pure cocaine and caffeine. The name comes from the coca plant and the kola nut, a caffeine-rich plant native to the tropical rainforests of Africa. Today, the basic taste of “cola” products comes mainly from vanilla and cinnamon; distinctive tastes among various brands are the result of trace flavorings such as orange, lime and lemon and spices such as nutmeg. // However, Coca-Cola’s formula is still a closely kept secret, known only to a few executives. According to the Bolivian newspaper Los Tiempos, there may be a good reason for this secrecy. Every year, the Stepan Company imports about 100 metric tons of coca leaf from Bolivia and Peru. At their plant in New Jersey, they supposedly remove the cocaine alkaloid from the leaves and sell the cocaine-free leaf to Coca-Cola for use as a flavouring. This is all “legit”: in fact, Stepan Company’s plant is the only one authorized by the US Federal Government to import and process the coca plant.  But Los Tiempos raises three interesting points:

1. Coca-Cola specifically uses Erythroxylum truxillense, or coca de Trujillo, the variety of coca leaf that contains the highest levels of cocaine alkaloid.
2. According to research done in Bolivia, it’s almost impossible to recover flavour from the coca leaf once it has gone through the cocaine-removal process.
3. Access to Stepan Company’s plant in New Jersey is said to be more difficult than the Federal Gold Reserve at Fort Knox.

Coca-Cola is everywhere: present in more than 200 countries, its banners can even be found in small African settlements that don’t have access to water. But, Coca-Cola is not actually bottled on the production site, the company only sells the
concentrate. This potent mixture is shipped to plants around the world, where water is added and the solution is bottled. Buy a bottle of Coke in Bolivia and you will notice it tastes slightly different: it is bottled in La Paz, using Bolivian water. The most recognised brand in the world, Coca-Cola has become a symbol of America and Western values. For some, it represents American imperialism and threatens cultural identity. //To defend themselves, certain communities have produced alternative cola: Mecca Cola, Corsica Cola, Cola Turka, Qibla Cola, Virgin Cola, Parsi Cola, Breizh Cola, Afria Cola and Kitty Cola are but a few in a long list of brands that are challenging their dominant parent.

Here in Latin America, , the Peruvian drink Inca Kola seems to be the most successful alternative to Coca-Cola. Its main flavouring is lemon verbena, a plant native to the Andes. Inca Kola is the most popular drink in Peru; its slogan is “El Sabor del Perú”. But in reality it’s not a true alternative cola: it’s 50% owned by The Coca-Cola Company. Bolivia has three brands of alternative Cola: Coka Quina, Mendocina and the most recent, Coca-Colla. The latter is also the most controversial. Produced by Ospicoca (Organización Social Para la Industrialización de la Coca), it is meant to restore the coca leaf to the position of honour it held in Andean culture, a cause championed by Evo Morales. But Bolivian newspaper El Deber notes that it has never been confirmed whether the leaves used will be cocaine-free. If not, the drink could be lethal if mixed with alcohol, and we may have another variant to add to our list: Coca Killer. 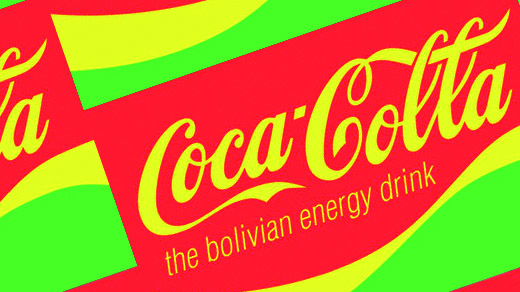 AN INTERVIEW WITH LA CASCADA....
How was Coka Quina born?

La Cascada is a family enterprise started in El Alto by José and Angelina de Eid 45 years ago. They developed Coka Quina’s secret recipe and came up with the name. Quina refers to a root used for centuries by Andean people to fight malaria – one of its alkaloids is quinine. At the time, everything was done manually by La Cascada’s 23 employees…

The original bottling plant in El Alto employs 150 people and output is much greater thanks to mechanisation: each production line outputs 50 bottles per minute!

Our mission is to make Coka Quina the drink of Bolivia thanks to its incredible affordability: glass bottles are returned to the factory to be refilled (after having been cleaned, naturally), so when you buy a bottle of Coka Quina, you only pay for the liquid! What’s more, we don’t waste a single drop: instead of throwing away bottles with skew labels or faulty caps, we save the liquid and donate it to orphanages.

I forgot to mention it but thought it was worth adding...

We’re committed to quality too: we use pure sugar from Santa Cruz and no colourants. Coka Quina is sampled and tested every 8 minutes during the production process and the mixing room is sterilised every 20 minutes.

Certainly! Coka Quina is the most popular drink in El Alto and can be found as far as Colombia, even though it’s not officially exported. The emblematic deer printed on the bottles enables the real Coka Quina to be recognised by all. The drink is so popular that some people drink it warm for breakfast!