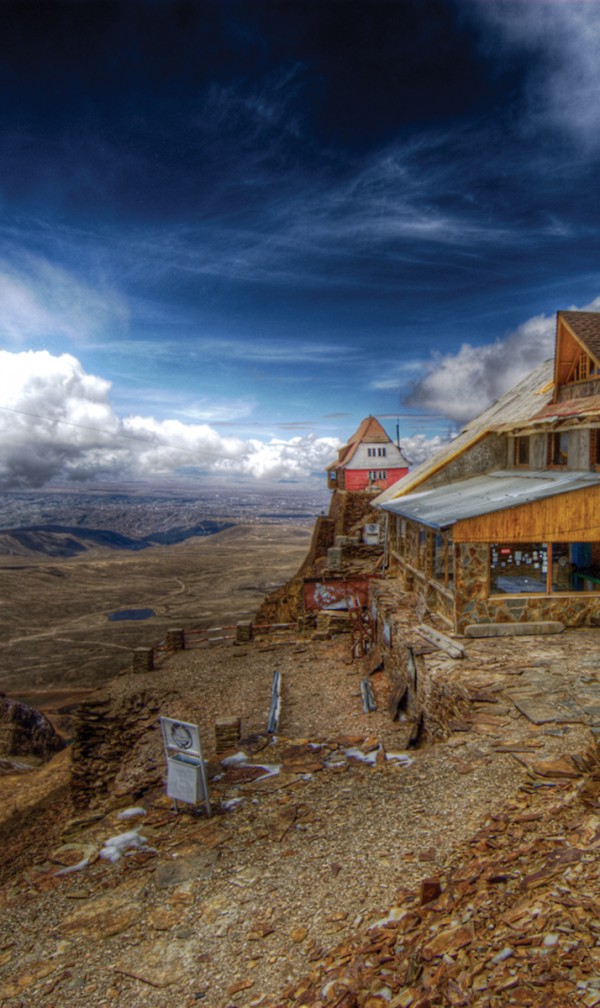 Today, climate change presents itself in many ways: photos of polar bears clinging to floating ice caps and cities being encroached upon by the desert are abundant on the web. But why are some places being affected more seriously and rapidly than others? Andean glaciers are receding at speeds much more quickly than the rest of the world, due to their high altitude and proximity to the equator.

The glacier of Huayna Potosi is receding at an exceptional rate. Where there is now simply a glimmering lake, not long ago the glacier was 20 metres high. On the Chacaltaya glacier, a wooden building stands surrounded by rocks—once the highest ski resort in the world. It shut down a few years ago because it simply become too warm for skiing to be viable.

La Paz relies on glacial water for 15 to 30 percent of its drinking water supply, depending on the time of year. Other Latin American cities, like Quito and Bogotá, have also been affected, as well as small rural communities high up in the Andes—on the slopes of lllimani, for example, where the watershed is the surrounding communities’ main source of water. According to the BBC, Andean glaciers have lost 30 to 50 percent of their original size since the 1970s. If they continue to melt at this rate, in 30 years time, many will have disappeared. What will this mean for the countries who depend so heavily on them?