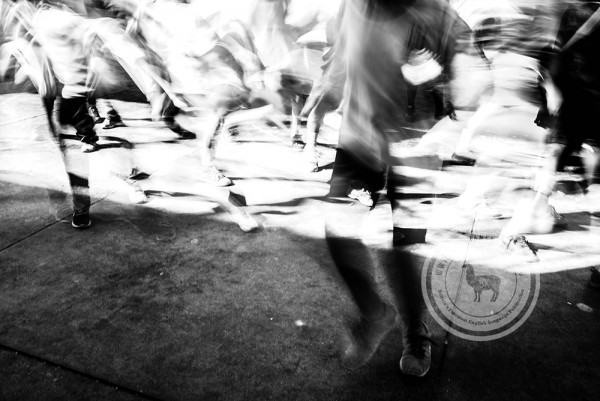 The role of traditional dance in Bolivian education

When visiting the Unidad Educativa Piloto Adhemar Gehain in La Paz, I stand on the sidelines watching a Physical Education class take place. I explain to the teacher that I am learning about traditional dance in schools and she turns to the children to ask if they would like to do some dancing. The group of 30 children suddenly erupts in cheers and gleeful giggles.

The teacher then conducts the dances by varying rhythmic clapping. Each time, the children respond and recite different styles of dance, including the Diablada, Morenada and Caporales. I imagine them practicing their steps in front of the mirror at home in preparation for their end-of-year evaluation—a parade through the streets of the city.

In 2010, a new education law was passed in Bolivia with the aim to promote a greater sense of cultural identity in the young. As traditional dance has always been a significant characteristic of Bolivian culture, it begs the question as to whether the new law has had any effect on the role of dance in Bolivian society in general, or within the classroom in particular. Children grow up feeling an immense connection to their identity, cultivated through activities such as dance.

Children grow up feeling an immense connection to their identity.

In Bolivia, children are taught dance throughout their primary education in public schools, starting at age five. From a western perspective, the idea that dance is taught in schools is unusual, as it isn’t in the United Kingdom. Although the director of the Unidad Educativa Piloto Adhemar Gehain is surprised to hear, it is only in recent years that the activity has been advocated from a governmental level in the country.

Indeed, under President Evo Morales, Bolivia’s public education system has seen a dramatic reform. With the passing of the Law Avelino Siñani-Elizardo Pérez (ASEP) in 2010, it is now necessary for children to speak Spanish, at least one indigenous language and one foreign, usually English. One of the main objectives of the ASEP law is to ‘provide historical and cultural elements to consolidate their own cultural identity and develop attitudes of intercultural relationship.’

Therefore, traditional dance can be seen as a vital part of this reform, ensuring the children of Bolivia grow up conscious of their cultural identity. In his book, Customs and Culture of Bolivia, author Javier A. Galván notes that ‘to promote this recent cultural pride, the Ministry of Education actually developed a folklore department.’

Although many will argue that the education reform has helped to reaffirm the importance of indigenous culture, some disagree. Carlos Macusaya Cruz, a social communicator whose focus is on decolonisation, tells me that it is ‘not necessary to make a dedicated Department of Folklore because Bolivian culture is not dying; therefore, it does not need to be rescued.’ Macusaya believes that folkloric traditions were ‘never under any threat’, as they are rooted deep in the identity of the Bolivian people.

Decolonisation is one aspect of the ASEP law that aims to recuperate the past and return to more authentic roots devoid of Western influence. For instance, at the last Gran Poder, which is a celebration of traditional Bolivian dances, outfits that were too revealing were prohibited in the name of respecting the past. However, this authenticity can seem slightly forced. As Macusaya explains, ‘the Morenada used to be played with a siku, which was a typical native wooden instrument. Today it is played with metal instruments. Also, fifty years ago women did not participate in the dance and today participate.’ These changes are arguably the result of a natural social progression in Bolivia and of inevitable global influences.

With or without the law, the joy that traditional dance in education brings to the children and those who teach it, suggests it will always have a place in the Bolivian education system. According to Lourdes Catorceno, a teacher at the Unidad Educativa Piloto Adhemar Gehain, ‘the law doesn’t make much of a difference, as the children always love the dancing lessons. They would take part regardless.’

‘The law doesn’t make much of a difference, as the children love the dancing lessons.’ —Lourdes Catorceno

In La Paz, specialist dance schools such as Artistik teach traditional dance to children who want to learn different styles beyond what they are taught in school. ‘Sometimes children come here simply to improve their technique’, the director, Karem Terrazas, tells me. When I ask Terrazas why she thinks traditional dance is so important, she places her hand on her chest and says it is simply because of the love for it.

Some argue it is not necessary to dedicate time and money to preserve Bolivian folklore. However, I believe there is no harm in promoting something that brings positivity and happiness to children across the country. Many teachers teach traditional dance not because it is in the curriculum, but because children love it.