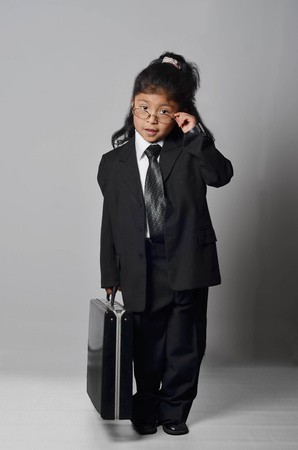 A different sort of reality?

On Tuesday the 15th of July, surrounded by hundreds of children, Vice President Álvaro García Linera signed new legislation making Bolivia the nation with the world’s youngest legal working age. Children as young as 12 can now be legally employed, and those as young as 10 can be self-employed, as long as they are enrolled in school and have parental permission.
This new law has sparked international outrage and widespread criticisms of the Bolivian government—human rights groups are up in arms and the International Labour Organisation’s minimum age convention has been quite brazenly disregarded.
The new law comes as a shock to most of the Western world—it seems backwards, plunging Bolivia into some morbid Dickensian era where child labour is normalized and wide-eyed Bolivian children are exploited and abused, the entire cast occasionally breaking into heartfelt songs about la vida maldita.
From within Bolivia, however, there is a very different argument to be heard and understood before a chorus of shoe shiners can-can across centre stage. When signing the bill, the vice president announced that ‘this is a law that has the right balance between reality, rights, and international conventions’. This word ‘reality’ has been thrown about a lot over the past couple of weeks; it encapsulates a belief in the ‘Bolivian reality’, separate from the West and global policies, and this ‘reality’ is at the heart of the new law.

I asked 15-year-old bricklayer Eddy to explain this reality. ‘Bolivia is different’, he says. ‘It is a necessity for children to work at a lower age. Children are working all the time’. UNICEF estimates that between 500,000 and 800,000 children are currently working in Bolivia, and in a country where rural families earn an average of US$0.60 a day (as of 2011), there is logic in Eddy’s argument. But still, this seems to me a slightly fatalistic view on things, and Reid Maki, the child labour coordinator at the Child Labour Coalition (CLC), agrees. ‘The rationale that we should legalize child labour at young ages because a lot of children are working and will continue to work in Bolivia is a horrible idea’, Maki argues. ‘Bolivia should continue the difficult struggle to reduce child labour instead of waving a white flag and surrendering’.
Jenny Miranda, the former head of the Bolivian Union of Child and Adolescent Workers (UNATSBO), explains that ‘society is always against children working because [society] is so far from the reality’. For Miranda, and many of her peers, child labour is seen as a necessity for the children to sustain themselves and their families. It is a choice between working or slipping further into poverty. At least by legalising child labour, children will (in theory) have the rights and legal support they need.

Jo Becker, the advocacy director of the Children’s Rights Division at Human Rights Watch, spoke to me about the potential normalisation of child labour. She coins the new code as ‘legalising exploitation’ and argues that it ‘sends a strong message that child labour is acceptable’. She believes children who have refrained from doing so in the past will now work and this will ‘continue the cycle of poverty’. However, from what I learned about child labour, it’s about as normalised as it’s ever going to be. If you were to approach the average shoe shine boy on the street and ask him his opinion on the new law, in all likelihood you would be met with a blank stare followed by an enthusiastic offer to polish your unpolishable trainers. The very concept of child labour being detrimental to society is a nonstarter, and the legality of it is neither here nor there.

The question that remains is that of the future. Becker sympathises with the current situation of working children, yet she describes the new law as a ‘short-term solution’ which ‘in the long term is unsustainable’. Maki of the CLC takes a similar stance, arguing that working children will ‘lose more than they gain’ and that work ‘must be restricted to protect the education and development of teen workers’. The argument that resounded between both of them was about the long-term effects on working children and Bolivia as a country. The new law does mandate that children must be enrolled in school before they can work, but it is unclear how this will actually be enforced. ‘Studies show that children who work are less likely to do well in school’, Becker says.
I asked Miranda, formerly of UNATSBO, about how she thinks working from such a young age affected her education. Her answer shocked me.
‘If I didn’t sell as much as I was supposed to, I wasn’t paid’, she said of her experience as a child labourer. ‘I would get no breakfast, no money for transport; they wouldn’t let me go to school’. With the new law, employers have to ensure that children are going to school, and if not, those children will have legal support and the right to complain. ‘We are giving kids a voice’, Miranda explains. By working at such a young age, she says, children have a better understanding of the value of money and that of hard work. If anything, it is motivation to work harder, to provide a better future for themselves and generations to come. ‘It is a painful reality’, Miranda says, ‘but now with the new law our rights will be respected’.

It has to be kept in mind though that UNATSBO and its members, numbering around 15,000, comprise a minority within the child labour field. A homeless child who lives on the street is in all likelihood going to be more concerned about getting by day to day than going to school. However, according to a study by Human Rights Watch, one in seven children in Bolivia will not complete primary school, and in rural areas there is an average of only 4.2 years of education, so maybe the new law (if properly enforced) requiring children to be enrolled in school will prove to be beneficial.
It was an odd process talking to all of these people, as each of their arguments is so powerful and makes much sense. I spent the entire process swinging back and forth between the morality and rationality of Maki and Becker and the practicality of Eddy and Miranda’s harsh realism.

Only time will tell how effective the new law will be, as the Bolivian legal system is not known for its efficiency and it is still unclear exactly how enforcement will be carried out. But the new law signifies a change. Miranda says that ‘before we were invisible’, but now the new law at least recognizes child labourers and will give them legal standing and a support network within the framework of society. It is not necessarily a long-term, viable solution, but there is a bitter practicality to the law. Within Bolivia there is a hard reality of children working and this new law marks a change and a recognition of that reality, making the issue of child labour visible and real.