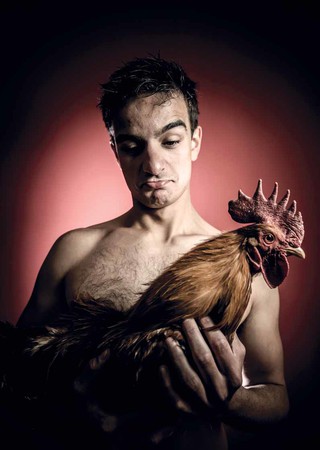 Bolivian Express talks to Nutritionist Veronica Cortez and Veterinarian Dr. Gina Muñoz Reyes to try and dispel some popular myths about chicken production, and find out what really goes into our food…

It should be obvious to anyone who has spent even the briefest time in Bolivia that chicken is probably the nation’s favourite food. It is the centerpiece of the majority of dishes served in the country’s many pensiones, and the national fast food culture revolves almost exclusively around chicken. But in recent years the farming, processing and nutritional content of this feathered favourite have been shrouded in controversy and rumor. In a 2010 speech President Evo Morales himself famously accused North American and European poultry farmers of injecting their birds with growth-enhancing hormones, and linked excessive consumption to baldness and homosexuality in men, and premature breast growth in adolescent girls. So how is chicken produced here in Bolivia, and what exactly goes into what we eat?
The use of hormones in chicken farming has, in fact, been outlawed in the Europe, Canada and the US for decades. It is however, still used in other countries around the world – so is Bolivia one of them? Dr. Reyes, a Vet who performs consultations with Bolivian chicken farms, tells us that the use of certain synthetic non-sex hormones is also illegal here, but that these can be easily purchased and are frequently used to increase the potential for weight gain in poultry intended for human consumption. However, she points out that this practice is largely confined to individuals who keep animals, and is not carried out in the larger chicken farms which supply the nation’s shops and restaurants.

Nutritionist Veronica Cortez, however, tells us that the use of naturally occurring sex hormones, such as oestrogen and testosterone, is in fact legal up to a certain level. She also claims that the former —the female sex hormone— is frequently used in Bolivian poultry as it promotes the growth of more lean, tender tissue which is ideal for meat. So what could the potential effects of consuming this chicken be in humans? 'These legal levels of oestrogen', she tells us, 'can be tolerated by adults, but less so by children'. Excessive consumption can result in premature puberty, including acne and breast growth in young boys as well as girls—side effects which she frequently sees in her customers.This partial vindication of Mr Morales’ claims will likely be of little comfort to him, as these practices are in fact happening in his own country rather than in the US or Europe, but it does make one wonder what else El Presidente was right about.

'¡No es posible!'—is the chuckling response from both of our interviewees when we ask if there is any possibility that this chicken could cause homosexuality in men. Baldness would be a similarly unlikely result, they say. In fact, Licenciada Cortez points out that baldness in older men is the natural result of healthy testosterone levels—something that oestrogen would actually counteract—jokingly pointing to the president’s luscious mane as possible evidence of his overeating in the poultry department. So should our readers be concerned? No need for panic, it would seem, as long as one practices moderation in one’s eating habits. 'I advise all my customers to eat chicken no more than twice a week—not just for this reason but also to form part of a balanced diet.’

The use of hormones, however, is far from the only controversy surrounding poultry farming. In recent years the internet has been awash with rumors, claims and accusations—from chickens being kept in tiny cages from birth and being de-beaked and de-feathered alive on mechanized production lines, to KFC creating mutant hens without feet, beaks or bones for the sake of saving on production costs. So are these simply myths born out of the public’s general ignorance of what happens to our food before it reaches our dinner table? Or could there be some truth to some of these stories?

Dr. Muñoz Reyes tells us that on all the farms she works with the birds are free range, and are only kept in cages at night. The fact that they are 'running around' during the daytime suggests that they are Food For Thought
not boneless, footless mutants being kept alive by tubes pumping nutrients around their bodies. The doctor also points out that it is untrue that they are de-feathered by scalding (as one story goes), although this does happen after they are dead. Hens on egg farms, however, do in fact have their beaks clipped to prevent them from destroying each other’s eggs—something which they will instinctively do to increase their own chicks’ chances of survival. However, Dr. Muñoz Reyes assures us that this is not painful; 'it’s like trimming your nails, they feel nothing as it is done when they are babies, and we only cut the tip'.

Finally, with all this talk of hormones and other substances being injected intravenously, it is easy to forget about what may be entering the food we eat by more natural channels. To this day, arsenic-based food is still being given to chickens on US poultry farms to improve feed efficiency, with questionable effects when it enters the human food chain.

On this point, Dr. Muñoz Reyes is keen to assuage our fears. She points out that her job also involves advising farms on feeding, assuring us that nothing of this nature occurs here. 'The feed used for pollos parrilleros (chickens raised for their meat) is much healthier than those used for egg-laying hens, as the former are intended for human consumption. It’s just corn, soya and plenty of vitamins and calcium for healthy beaks and bones.' - Right, so they definitely do have beaks and bones then.

Overall, then; whether you’re concerned about genetically modified mutant animals or simply turning gay, bald and growing breasts; it seems that there is little cause for panic. The people of Bolivia can feel more or less free to keep enjoying their favorite food (as to whether the chickens themselves can feel safe, that’s a different matter). Just remember, 'all things in moderation' as the ancient Greeks would say; and don’t believe everything you read…