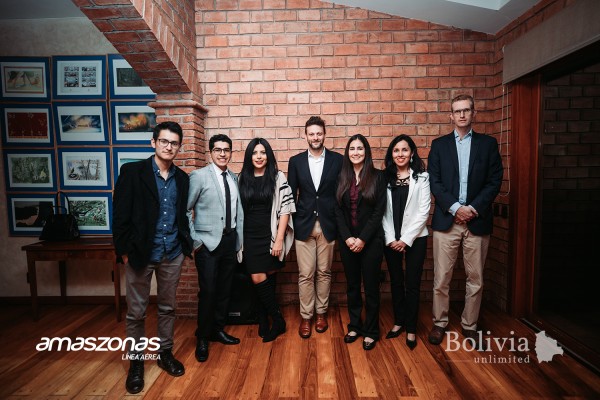 ‘Bring your ideas to life, study in the UK’ is the Chevening scholarship’s motto. Last year, for over 1500 professionals from approximately 160 different countries, this dream became a lived reality. Founded by the British government’s Foreign and Commonwealth Office in the year 1983, the Chevening scholarship programme continues to financially support postgraduate study in the UK of thousands of students from all corners of the Earth on a yearly basis.

After enduring a highly competitive application process, successful candidates for the programme are allowed to study a Master’s course at a British University, many of which are Russell Group universities, with all study and travel costs included before returning to their home countries to become valuable and skillful members of their respective societies.

This year, the Bolivian Express team had the pleasure of welcoming back some of Bolivia’s brightest young minds from their Chevening experiences in the UK at an event at the British ambassador’s residence. Following many conversations, and interviews with the past Chevening scholars, the team realised how inspiring, progressive and beneficial this scholarship programme is. All of the scholars had extremely positive experiences at different British universities, and were able to articulate their success stories with an impressively high and sophisticated level of English. Most importantly, the Chevening scholars did not see their return to Bolivia as the end of their scholarship experience. Instead, it is only the beginning. All of the interviewees expressed an eagerness and commitment to staying in Bolivia and channeling their influence, and newfound skills in their home environments.

‘Chevening, as a fully funded scholarship, gave me the opportunity to actually go and study in one of the best universities in the world. I also like the networking opportunities that you have and the focus that they have in you studying and being the best that you can. They really push you to be the best in your field and then come back home and be able to implement it here.’

‘My experience was great. I was in London, a huge city completely different from the cities we have here in Bolivia. And particularly the Masters I was in was very interesting because we didn’t have British people, we were all international so we had people from Africa, Asia and a lot of Latin American people, so it was a very diverse group from different paths of lives. So you had people that had studied biodiversity, business, marketing…all these different experiences that will come into one. Being able to actually work together as a team with people that are so multicultural, sometimes it was taught but it was a very nice growing experience.’

Achá had some advice for people interested in the programme: ‘Go for it, trust in yourself, and don’t fear rejection because if you really don’t go for it you’ll never know. Prepare for the process, take time to understand what you want and what your future is, think about it and think about how you are going to implement it back home. Be honest with yourself.’

‘The UK gives a lot of importance to education and culture in general. Chevening is one of the most prestigious scholarships, one of the few fully funded that allows you to choose any course that you want. They also give you a lot of networking and connections to develop your career.’

‘I discovered a lot about myself and my profession, it was an amazing experience in both aspects.’

‘The programme was very supportive, one of the things I liked the most is that Chevening is focused on leadership and networking. Now I would like to continue working in economics and research, and end up in a leadership position to help my country. We have a lot of challenges for the future.’

Forest had some advice for future applicants ‘Be honest with yourself. Sometimes you want to impress and show all the most interesting things that you have done. But everything works better when you have the honesty with since the beginning.’

The University of Warwick

‘Now, I’m working as a consultant and also teaching macroeconomics at the Universidad Católica Boliviana. I want to continue teaching because I think it is a very good way to pay back to my country after all the experience that I had abroad. So I want to change the mentality of students, telling them to try harder and have big aspirations.’

‘I’ve learned so much about many different things because I shared with people from all over the world, the experience with Chevening opens your mind. But I’m happy to be back in my country and work for my people to improve things here. We need a lot of human capital to build a new country.’