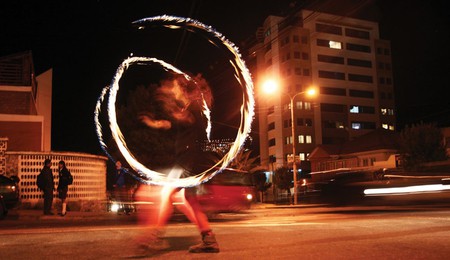 Travelling street performers, known locally as malabaristas, have recently become a familiar presence across the continent. Sophia Aitken & Kelly Keough have some myths to debunk about them.