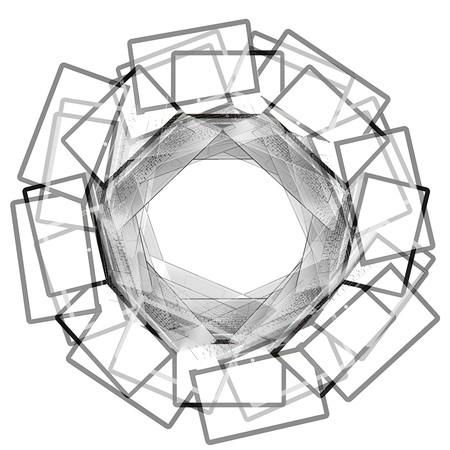 Engineers in white lab coats, students in crisp Quipus shirts and new laptops, fresh from the Quipus computing plant: this was the scene inside El Alto’s polideportivo the morning of the 31st of July. ‘We are in a new era’, President Evo Morales announced to thousands of young faces, and, looking around, I believed him.

The Quipus plant, estimated to cost a whopping $60 million, opened in May this year, just five months after Bolivia’s first satellite was launched. Churning out 800 laptops a day, it appears to be a modern, technological wonderland, plonked down amongst the adobe homes of El Alto against a backdrop of the Andean mountainscape. To dole out 116,000 laptops— and that’s just this year— to secondary school students in both rural and urban areas seems like an ideal political, educational, and economic vision to present just months before the next general election. But how does Evo’s computer Wonderland converge with the real world of Bolivia?

The detail of this technological dream is, to be fair, impressive. Each computer will be equipped with a camera; shock protection from drops of up to a metre; resistance to water damage if a child’s juice accidentally makes its way onto the laptop’s surface; safeguards against theft from schools; a temperature sensor; and both chemistry and physics apps to improve scientific literacy. It’s all put together by 60 technicians trained in China. My first thought: Where can I get one?

In fact, according to state news sources, Bolivians should be able to get their hands on similar laptops from the same plant this October for 30 percent cheaper than equivalent computers on the market. Meanwhile, the student laptops, which cost $410 each to produce, are being given out for free. Far from being a dry political promise that will shrivel and fade into the background with winning election ballots, the plant actually physically exists and has delivered— it is tangible proof that the government is taking this project seriously.

Verónica Orozco, a student from Colegio Ayacucho in La Paz who will benefit from the Quipus project, remarks that she and her fellow students can ‘find out more information about the topics they study in the classroom by having access to laptops in school’, especially as she doesn’t have a computer or the Internet at home. Her classmate, Daniel Aguilar, says the computer training the Quipus project will offer ‘will make it easier to get a place at university’.

Am I being sucked into Evo’s Wonderland, or is this project actually starting to sound viable and no longer a far-fetched political punt?

I remember Rafael Correa’s similar project in Ecuador, the revolución ciudadanía, that included donating computers to schools in rural communities. Having spent three months in an indigenous community near Otavalo last year, I witnessed some of the issues of implementation firsthand. Despite the Internet access being described as ‘un milagro’ by one member of the community, only one computer was in use. The other two lay untouched beneath a blue tarpaulin, awaiting repair.

Andy Creadore from the Phoenix Projects in Ecuador comments on these maintenance problems: ‘It was very difficult to maintain the computers in good condition with so much dust and wind where rural schools are situated’. According to community leaders, viruses, prevalent in the local Internet cafés, would also infect school computers via flash drives. Zoë O’Connor, head of the Phoenix Projects, vouches for the situation in two other communities in the north of Ecuador: ‘There were three providers of hardware (the government, the national Internet provider, and the electricity company) who would come independently to resolve issues. Rarely did all the parts work together’. Although in Ecuador Creadore hedges that there ‘might have been a way to contact the Ministry of Education and report a failure’, the support systems were scarce.

These testimonies start to reveal the diverse challenges the Quipus project will face. Whether the laptops are deep in the Amazon jungle, 4090 metres high up in Potosí, or in the urban environment of La Paz, the students’ needs and the maintenance demands will be varied.

The practicality of how to use the laptops also poses a problem for the project if it pans out anything like it did in Ecuador. Creadore says that ‘the majority of the community did not know how to use the Internet or the computers and required assistance to complete tasks’. The Bolivian Ministry of Education’s computer courses for teachers seems necessary then, reflecting O’Connor’s final words on the matter: ‘Training, training, and more training’. Although Mario Mamani, the headmaster of the Colegio de Ayacucho, describes the Quipus project as ‘a tremendous step forward’, he also attests that since 2012 there have only been three training days for their teachers: ‘The government has to continue intensifying the training programme for teachers… The project lacks greater implementation of the technology’. Anticipating my next interview question, he expresses some concerns over the students having access to social networks in the classroom. However, student Aguilar affirms that it is a matter of the students’ self-discipline: ‘If they want to play online games or educate themselves, it is their choice’.

I leave the building where the boss of Quipus resides, having been once again refused an interview. But as I emerge into the modern-traditional hybrid that is La Paz— cholitas jumping onto moving buses, high-tech security banks next to currency exchanges popping up on street corners— I start to think about the project again. Is the reality of its implementation even what I should be concerned with? Yes, its feasibility is important, but perhaps its symbolic worth is just as valuable. Alongside the heritage-preservation image sold to the gringo tourists that flock to La Paz, Evo’s plugging of a modern image that stands up to the Western world suddenly seems vital. An engineer from the Quipus plant, Frank Mizelada, stresses the importance of this dual image: ‘We don’t want to lose our culture; it is our identity, but we want to expand our horizons’. The Quipus project proclaims that ‘Bolivia is a modern country too’, and one that also has heaps of historic culture at that, not a combination every ‘modern’ country can boast of.

Tupac Katari, both the name of the Bolivian satellite and of an 18th century indigenous leader, combines Bolivia’s past and technological future. Just so, the name Quipus refers to both the ancient Andean written language that communicated concepts through a series of knots on strings, and the revolutionary computer company. Within their names, the satellite and the plant embody Evo’s creation of a new image of Bolivia that combines the country’s heritage with its forward-thinking future.