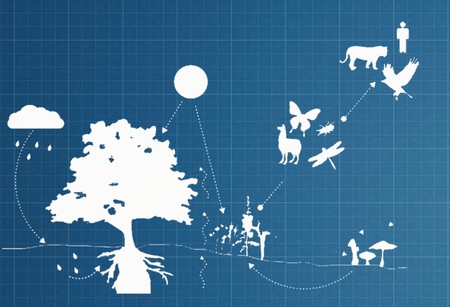 Bricks are being laid fast here in Bolivia. They are also being feasted upon. Just as fast by the Pachamama.

Their interiors, contrary to their gaudy exteriors have bare-naked walls devoid of pretty much anything aside from stucco. Visibly cemented, they appear naked with intestine-like uncovered pipes and septic tanks on display

Bricks are being laid fast here in Bolivia. But if they are not laid carefully, the Pachamama of La Paz's infamous laderas will quickly swallow them up with the summer rains. Recent landslides which left hundreds homeless (and thousands at risk) are evidence of the need for architecture to respect topographical constraints. But Bolivians are adapting to their environment in all manner of ways; faced with the reality of finite resources, more consideration is being given to ecological factors, by adapting architecture to produce buildings which are sustainable both socially and environmentally they are making conservation viable.

At a time when social movements to defend the TIPNIS are in full heat, the Uyuni Salt Flats are increasingly parceled off into various mining contracts, and Cerro Rico is verging of collapse due to over-mining, sustainability problems which impact the whole nation have come to the public's attention. This implies respect and coexistence with the social and natural environments in which we live. Taking the TIPNIS protests as an example, the local imagination has fused the plight to defend indigenous ancestral homelands with a nationwide movement to protect the natural resources of a National Park. These social movements are mirrored by a subtle ecological revolution that is unfolding on a micro-societal level, at its most evident in the winding urban streets of the cities laid bare in the open: architecture in Bolivia.

As a discipline, Architecture has become increasingly permeable to pleas for sustainability. Ranging from tourist attractions to the interior design within homes in the city, these changes speak volumes about contemporary social attitudes. A case in point are the glaring, brightly painted buildings along Calle 6 de Marzo in El Alto. Monstrously glorious maisonettes now line the slopes of Bolivia's fastest growing city. These symbols signal the rise of a new economic sub-stratum within what has traditionally been a low-income social class; the rich comerciantes.

Wealth is no longer a reserve of the upper classes of colonial European ancestry. While it's true that many of Morales' measures as President have acted as socioeconomic levelers, wealth has not so much trickled down as been amassed and carefully managed by many astute businessmen and women from the bottom up. Cholitas, for example, can no longer be assumed to be impoverished housemaids or smalltime street vendors. By mastering the secrets of local and international trade (in line with Bolivia's tradition of socialistically-flavored consumer capitalism), many second generation indigenous migrants have turned into a substratum of wealthy merchants who have been instrumental in pioneering an architectural trend with an ecological bent – large edifices several stories high are springing up like green shoots across El Alto.

These multifunctional buildings' floors, often referred to as 'edificios multifuncionales', are constructed in this order: the planta baja is typically rented out for businesses, the second story for restaurants, the third for bars, pubs or salons, while the topmost floor is rented out as residential penthouses. Their interiors, contrary to their gaudy exteriors have bare-naked walls devoid of pretty much anything aside from stucco. Visibly cemented, they appear naked with intestine-like uncovered pipes and septic tanks on display. The types of investments that comerciantes engage in are intended to get more buck out of their boliviano with relentless pragmatism, a peculiar minimalism and 6 a form of upward mobility that is very much different from what I am used to in New Zealand.

Common and stark in the daylight, most of them are located on the road to Oruro. What is evident here is a Bilbao effect of sorts which dictates that 'great architecture should be the centre of urban space and development'. "These fancy, grandiose edifices function as a status symbol among fellow comerciantes; to impress their peers with their wealth", says Mario Landivar, a local businessman and social entrepreneur from La Paz. However, it's as much about the flash as the substance: the structure of these buildings allows them to cut energy costs by communal usage of facilities such as septic tanks, as opposed to building one for each tenant (and thus creating a more energy-consuming infrastructures). Thus a communitarian approach to urban planning with an ecological tinge has been created, albeit accidentally.

On a different social plane we encounter architecture which seems worryingly oblivious to its surrounding natural environment. Taking a stroll down either Vino Tinto or Pampahasi you would be hardpressed not to decode it as a metaphor for the metropolis's wealth disparity. The bare, often incomplete brick-red houses are perched precariously along the laderas of La Paz. They grow exponentially with urbanization, and are often built on unstable soil: most of them face the danger of annual landslides. However, change is in sight. These mass migrations are also a sign of upward mobility within the village community, and NGOs have already begun laying the foundations for ecologically sustainable mobility. For the past decade CARE International has been supporting small-scale economic development throughout Bolivia and devising environmental sustainability education and landslide recovery strategies. One of the efforts involved the invitation of prominent Japanese architect Hiroshi Hara to La Paz last year to exhibit prototypes of his proposed houses of small, interconnected towers designed to withstand earthquakes and landslides.

Jesus Rodriguez, a local architect, tells me "These independent blocks work in a different, more balanced way when the earth moves in unstable areas. The house won't be affected as much by shifts in soil, not like what happens to homes built in one piece that is heavier. Made of lighter construction materials, Hara's design features 3 small towers, connected by bridges that are energy- efficient and easily constructed. Architecture students without extensive experience in construction built this in two months with the help of other people. That's part of Hiroshi Hara's idea, that normal people can build their own homes. Rodriguez and colleagues are working to bring down the cost of the home, which at around $25,000 is far more than most of the existing houses."

Regarding its reception, Michael Bumüller, a local architect, said that there was "little to apathetic acknowledgement" of his visit. Hara's efforts were not fated to be a permanent fixture along the city's skyline. He thinks that it is a combination of insufficient capital by the poor migrants along with a strong resistance to foreign influences that have hampered the adoption of these techniques. It is paradoxical that foreign influences of this sort are seen as an affront of indigenous identity and culture, as in any case local architecture is already heavily influenced by Spanish styles since the colonial era, Bumüller remarks.

Ayllu is a state-backed programme which seeks to persuade barrio residents to adopt sustainable building strategies by promoting a series of manifestos and proclamations that ensure respect for their own territorial organization. Through these documents, communities such as Jesus Machaqa have sought to take control of their surroundings by living in accordance with the 'suma qamaña', an Aymara metaethical principle of 'living well', by achieving a balance between the spiritual and material world, as well as coexisting with all life-forms.

More effort than ever before is put into sustainability due to raised awareness about the sensible use of resources. Worldwide trends including ethical consumerism and green fashion are also aiding in this process. Although the dizzying vortex of La Paz is separated by incongruent surprises from both the modern and ancient worlds, one must look, read, and pry deep past anachronistic brick buildings, outof- place-Moroccan medinas, pass over the romantic silhouettes of Gothic cathedrals (and of coursethe lingua franca of any burgeoning metropolis- the modern 'decons' that monopolize the city) and into these marginal barrios to pick out signs of burgeoning ecological revolution that is going on beneath the surface. Or should I say, within the Pachamama?