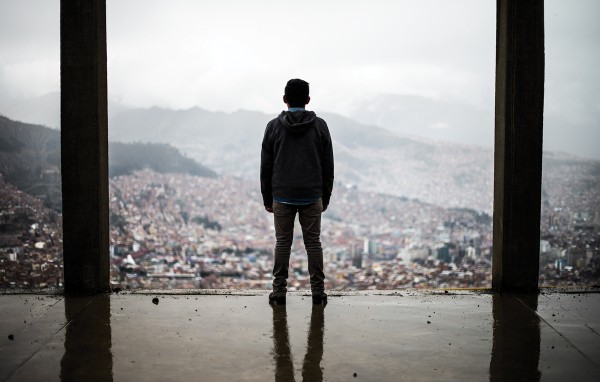 The topic of adoption in Bolivia holds a special place in the lives of two former BX interns: Catey and Christof. Both of them were adopted as infants from Bolivian orphanages and raised by non-Bolivian parents in foreign countries. Catey spent her childhood in the United States, and Christof, in Belgium. While both came to Bolivia to write for BX, they also came in search of answers about their birth parents and the country they lived in for the first few months of their lives. I read each intern’s powerful personal article that was published in BX and was intrigued by the issue. What is the adoption process like in Bolivia today?

In La Paz, there are several orphanages, including Hogar Carlos de Villegas, where Christof was adopted. Most of the one hundred children who live there arrived for similar reasons. They were either left by parents who had lost legal custody over them due to an unstable home life, or, more commonly, they were abandoned by desperate mothers who were unable to properly feed and raise them.

When adoptees like Catey and Christof return to Bolivia in search for answers about their birth parents, they are often unable to gather clues about them. Children generally enter orphanages without any personal documentation, making it almost impossible to track down their birth families.

That said, Catey and Christof are unique nowadays in that both of them were adopted by foreign couples. As of 2008, international adoptions have been effectively banned by the Bolivian government. This controversial decision is intended to ensure that Bolivian children will grow up within their own country, and to change Bolivia’s image as a poor country that needs to be saved by the international community. While the sentiments behind this decision are understandable, one can only assume the obvious: with a smaller pool of parent applicants, more children will spend their childhood in underfunded, overcrowded orphanages.

Christof has mixed feelings about the foreign adoption ban. While he acknowledges that it likely limits the number of adoptions overall, he also knows what it’s like to feel and look out of place among his Belgian-born friends. In Belgium, he connected with a group of young adults who were also adopted from Bolivia, and says that while some of them feel completely comfortable in the country, many find themselves caught between their Belgian and Bolivian identities.

The number of abandoned children in Bolivia is unlikely to decrease until the country’s poverty rates decrease and methods of contraception become generally accepted. This would certainly limit the number of mothers choosing between abandoning their children or getting an illegal abortion (which are generally very unsafe for the women). While the government has made it easier for middle class Bolivian families to adopt, many simply don’t have the means to do this.