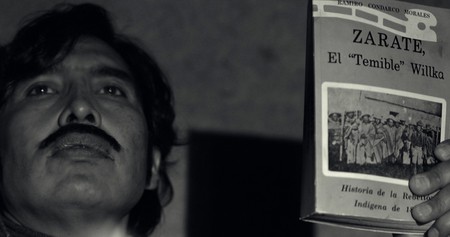 Bolivia celebrates 200 years of independence in literary style. But is the government simply choosing a selection of greatest works or forming a campaign to shape a nation?

Pride and Prejudice, Jane Eyre and Mill on the Floss: Three undeniable classics from the English literary canon. But how do you choose a classic and form a must-read list? That’s what Bolivia’s trying to find out today.

By 2025, two hundred books - 30% human and social sciences, 30% history, 30% literature and 10% miscellaneous - written by Bolivians or about Bolivia, will be selected to form the country’s canon. That’s one book for each year of the country’s independence. “But that’s over ten years away,” you might say, and start to think that this article is more than a little premature. However, the tough decision-making is already well under way.

Thirty-five hand-picked academics, organized by specialization, gender, race, and everything else under the Bolivian sun, have the challenge of electing the golden two hundred classics: No wonder the debates are already flowing.

But how do you go about choosing a timeless work? I talk to José Roberto Arze, head of the editorial committee and a bibliographer in his own right, to get the inside scoop on the private meetings of the editorial committee. To paint the picture a bit more, Arze is seventy two years old. Legend has it, he is able to pick up any book and reel off from memory its exact library reference number.

‘How do we choose two hundred books out of the one hundred thousand that have been published in Bolivia? It’s very difficult,’ Arze admits. ‘The selection has to be broad in terms of era and must include all the regions, different genres and different ideological attitudes.’

Pedro Querejazu, another member of the editorial committee, highlights a further difficulty with the project: ‘By definition, it excludes everything that’s not in written form,’ he says, ‘including the oral tradition.’

And what about books that in their time were influential and paint a picture of historic attitudes, but now seem a horrible anachronism? The iconic yet controversial book Pueblo Enfermo, written by Alcides Arguedas in 1909, is one such example. Here’s what the book has to say about the so-called “mestizo race,” for example, to give you a taste of what I’m talking about:

‘From the sexual activity between the white, dominant race and the Indians, the mestizo is born. By inheritance he brings with him characteristics of both races. From the Iberian, he brings aggressiveness, conceit, pride and vanity, his distinctive self-interest and pompous rhetoric. From the Indian, he brings his submissiveness to those with strength and power, his lack of initiative, passivity in the face of unhappy circumstances, his inclination to lie, trick and practise hypocrisy, his gregariousness and his immense disloyalty.’

So, should a blatantly racist work form part of the spread of Bolivian classics?

‘Only one person (in the committee) had their doubts about books that provoke heated debates, such as this one’ says Arze, as he leans back into his plush, blue-cushioned armchair and folds his hands in contemplation. ‘But yes,’ he concludes, ‘it should be included because it’s one of the facets of Bolivian thinking.’ As Querejazu later adds in our interview, the committee has ‘not defined a criteria for restricting ideology.’

A book that Arze earmarked as being a must-read for Bolivians and one that would make his own personal list of two hundred, no questions asked, is Historia General de Bolivia by Herbert Klein. Following is a snippet from chapter one:

‘To be able to understand the historic evolution of Bolivia, without first understanding the context in which it has been created, would be very difficult. It could be said that the first aspect in its development was its unique geography that kept a well-defined altiplano with dense, advanced populations from Peru. Despite the given limitations of poor soil and both cold and dry climates these areas were able to establish themselves as important regions for livestock...Their inaccessibility and varying seasons meant that these lowland areas were not explored or exploited until very recently.’

It’s not only Bolivia but also Mexico and Uruguay who have experienced a similar “light bulb” moment and have decided to re-publish their great literary works to commemorate the anniversaries of their independence.

In Bolivia’s case, this is also a work of decolonization. The library project’s website declares: ‘We want to decolonise. These works are a demonstration of our very essence’.

The project has an even more ambitious goal then:

‘It’s part of the conception of a nation,’ Querejazu states from behind his wooden desk--He is sitting in his office lined with art history books, some of which I know he authored. Arze, almost as if he were responding to Querejazu’s comment, broadens this concept: ‘I think every country wants to accentuate its personality and we want this in Bolivia too.’

Cultural identity is generally a hot topic in Bolivia, and no less so for this project. Querejazu tells me that ‘it’s not just about choosing the books, but about how to get them out to the general public.’ Let’s remember this is a public that Morales only announced ‘illiteracy free’ in 2008 after a 2001 census revealed nearly 14% of Bolivians were illiterate. ‘There needs to be a mechanism in place,’ Querejazu advises, ‘so that Bolivian people can absorb and incorporate these books into the process of learning what it is to be Bolivian.’