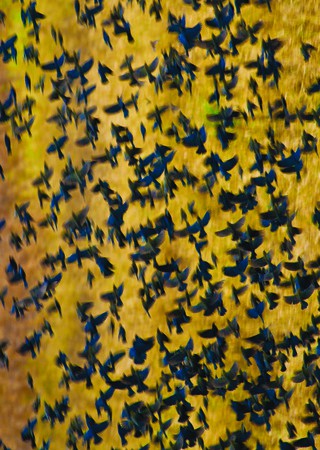 One of the biggest threats to the wildlife of Bolivia, and indeed the rest of South America, lies in the animals' economic value and the worldwide commerce of wildlife trafficking. After the markets for drugs and guns, wildlife trafficking is understood to be the third most valuable illicit commerce in the world, with an estimated value of around $10 billion per annum. Latin America is subject to widespread trafficking because of its extraordinary biodiversity. Birds are the most common contraband, with approximately 4,000 different species being traded worldwide. In Bolivia, and particularly in the cities of Santa Cruz and Cochabamba, the illegal capture and trafficking of parrots is particularly grave. The most frequently sold birds are the Blue-fronted Parrot (Amazona aestival), the Monk Parakeet (Myiopsitta monachus) and the Blue-winged (Parrotlet Forpus xanthopterygius). The critically endangered Blue-throated Macaw (Ara glaucogularis), a species endemic to Bolivia, also attributes its threatened status to dramatic population declines owing to illegal trapping and trade. Along with birds, many turtles, crocodiles, snakes and other reptiles are also trafficked, as well as mammals, most notably monkeys, and even some insects.

Animals ripped from their habitat suffer: they may be destined for a local zoo, or smuggled in such containers as thermoses and nylon stockings, drugged and shipped to the United States, Europe and Japan. Conservationists state that many captured wild animals perish before reaching a buyer; it is estimated that 75% of parrots taken from the wild will die from stress, disease, rough handling, asphyxiation or dehydration during capture and transit, before even getting close to potential consumers.

Despite the notoriety and habitually shocking nature of animal trafficking, habitat loss poses perhaps the greatest threat to species. The world's forests, swamps, plains, lakes and other natural habitats continue to disappear, an issue not uncommon in certain parts of South America, including areas of Bolivia in this ever-enduring destruction of our natural world. The hunger and driving force of human consumption leads to destruction of the environment to make way for agriculture, housing, roads, pipelines and other hallmarks of industrial development. Global forest areas have been under a continuous threat from civilization, with over 50% of the world's original forests having now disappeared. In Latin America, market forces, population pressures and infrastructural advancements continue to pry open the Amazon rainforest, one of the world's leading habitats for wildlife - home to at least 10% of the planet's know biodiversity. The biggest threat to the future of the Amazon comes from the harvest of oil and natural gas in an effort to feed the global demand for fuel. On average, the Amazon suffers a loss of 580 square miles per annum - namely in areas adjacent to urban centers, roads and rivers. 17% of the Amazon has been lost in the last 50 years, although much of this destruction has occurred in the eastern and south-eastern parts of the rainforest in Brazil, nicknamed the Arc of Deforestation. Bolivia has also seen some of its part of the Amazon disappear, and the knock-on effect from deforestation elsewhere means that many animals' natural habitats are disappearing. Gold mining, illegal logging and the overexploitation of aquatic resources also occur in the Amazon although these threats are considered minor in relation to Amazonian deforestation.

Hunting animals without regulation is also a controversial and harmful issue that exists extensively across Latin America. Bolivian law states that indigenous populations can hunt certain animals and use natural resources for traditional reasons such ceremony, dress and decoration. The hunt for feathers and meat from the flamingos at the Poopo Lake is a very current issue, as is the on-going hunt and demand for the Andean deer. Indeed the extinction of the chinchilla seems inevitable due to the demand for its fur. Inside of protected areas such as the REA, plans are being set up to regulate these activities from the local populations and help to ensure the safety and future of endangered species.

The mining and extraction of borax in the salty lagoons in the south of Bolivia represent a potential threat to wildlife but as of yet, many animals remain unaffected by this industry. In comparison the size and scope of mining in Chile has led to the destruction of natural habitats across the country. The smelting and of copper in particular is a hazard as it releases noxious chemicals that seep into the soil.

Tourism in Bolivia is in many areas only a potential threat. Again, looking at the southern areas of Bolivia for an example (the Salt Flats at Uyuni are one of Bolivia's most popular tourist destinations) there is no significant decrease in the population of flamingos and fauna in the touristic areas although the expanding numbers of tourists could prove problematic in the future. However, in Rurrenabaque the Anaconda population have been suffering the consequences of frequent snake hunting tours through the marsh. The insect repellents and sun creams used by tourists are toxic to them and recently around 25 to 30 anacondas in the area have been found dead every year.

A consequence to the business of wildlife trafficking is the necessary foundation of animal refuges dedicated to the defense and rehabilitation of both animals and the environment. In Bolivia the founding of such refuges as La Senda Verde, near Coroico in the Yungas, and Comunidad Inti Wara Yassi, which runs three sanctuaries across the country, don't only provide care for animals that have been taken out of their natural habitat but also raise awareness about the importance of life, conservation, and preservation and restoration of our biodiversity. Find out more about these refuges in our features on their work.