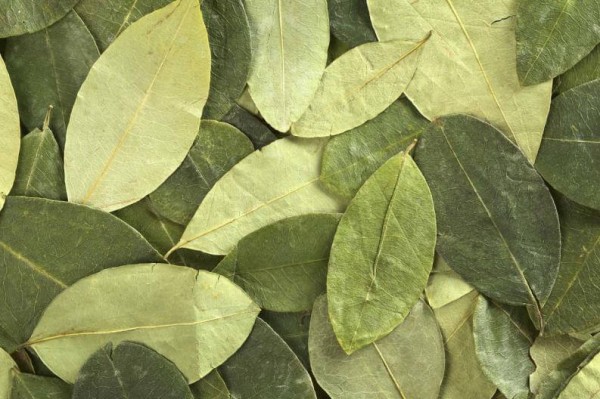 The Duality of the Andean Coca Leaf

A stealthy trip into the jungle. An underground deal. Secret messengers. The transformation of a harmless substance to a deadly one. Border crossings. Overdoses. This is how the story is often told.

Like its neighbouring countries of Peru and Colombia, Bolivia, the third-highest-ranking producer of coca in the world, is all too often labeled as a hopeless narco-state, riddled with poverty and stricken by rampant illegal drug trafficking. The reality, though, is much more complicated.

The cultivation of the coca leaf is a centuries-old practice in the Andes, dating back to the precolonial era of the Inca empire. In Bolivia, the leaf is legal and used primarily for tea and for chewing – which induces a mild stimulating effect – but is also added to products like shampoo, soap and ointments. It’s been shown to be beneficial for one’s health, particularly in terms of boosting energy and alleviating the effects of high altitude.

‘It’s undeniable that the traditional consumption of the coca leaf is part of the Bolivian identity,’ said Jean Paul Benavides Lopez, a sociologist and teacher at the Instituto de Investigaciones Socio-Económicos (IISEC) in La Paz, who did doctoral research on the coca producers of the Chapare region in central Bolivia. ‘It’s a consumption so rooted in Bolivian culture that to think of a complete eradication of the coca leaf is naïve.’

Attempts at complete eradication have failed in the past. In 1988, Bolivia criminalised cultivation of the coca leaf, according to a New York Times report, and a US-funded forced-eradication policy began soon after. The US Drug Enforcement Administration was present in Bolivia until President Evo Morales expelled it in 2008, as its tactics of spraying herbicides and engaging in violent altercations with farmers did little good for alleviating poverty or decreasing cocaine production.

‘Families need diversity to support their crops, not prohibition,’ Sanho Tree, a drug-policy expert for a Washington-based think tank, told Vice News in 2016. ‘You can’t coerce families into not being hungry.’

According to a report by El País in 2014, the crop of a coca grower in the valley of the Apurímac, Ene and Mantaro rivers in south-central Peru supplied him with barely enough money to support his family for the year. The situation is not so different in Bolivia.

‘The people that arrived in the Chapare region to produce coca were people that suffered levels of poverty in other areas,’ Benavides Lopez said. ‘Miners were forced to give up their work by neoliberal politicians, and ended up in the Chapare.’

Predictably, stealing away their livelihood through forced eradication wasn’t the answer. In an interview with El País, Alberto Hart, a representative of Peru’s National Commission for the Development of a Drug-Free Life, said that in order to solve the problem, the answer is to provide ‘infrastructure, health, education [and] security’ rather than stripping away the coca plant without an alternative or any form of stability.

‘The only thing that eradication does is translate the conflict to a different region, fragmenting it and making it more difficult to address,’ Ricardo Sóberon of the Center for Research on Drugs and Human Rights told El País in 2014. ‘The problem is social. Narcotrafficking has become the only way for excluded populations to insert themselves into the global economy.’

In forcing out the DEA, President Morales, a former coca grower himself, implemented the ‘coca sí, cocaína no’ policy, which allows for the cultivation of the coca crop on approximately 20,000 hectares of the Yungas and Chapare regions in order to meet the demand of legal markets. The policy still criminalises the production of cocaine – which is made by treating the coca leaves in gasoline-filled containers and then converting the substance to a base paste.

Morales’s policy also aims to decrease the production of coca by providing alternative options, such as the cultivation of pineapples or bananas. The plan was met with skepticism by foreign powers, but was ultimately funded by the European Union, reported The Times.

According to the United Nations Office on Drugs and Crime, coca production in Bolivia has decreased every year for the past five years, with just over 20,000 hectares now in use for the crop. In 2000, that number was 48,000. And progress can be seen in the increase in hectares of the alternative crops that farmers have been given the support to cultivate, according to Benavides Lopez.

Still, only 14,700 of those hectares of coca are used for legal purposes, reported The Guardian, leaving the remaining third for the illegal market.

‘The economic power and motivations of cocaine production are so rooted in certain parts of the country that, in practical terms, I don’t believe it’s possible to just cultivate coca and really fight against cocaine,’ said Benavides Lopez.

The complexity of the legal cultivation of the plant combined with the inevitability of some of it ending up in the drug market has historically thrust farmers into a tricky position, and has fueled the false assumption that coca is equivalent to cocaine.

‘By identifying a product as an enemy, it renders invisible those who produce and consume it by giving legitimacy to very perverse policies, which tend to concentrate on the weak links of the process: the peasants at one end, and the small traffickers and consumers on the other,’ said Roberto Laserna, a Bolivian economist and writer who authored Twenty (mis)Conceptions on Coca and Cocaine.

‘Not by coincidence, both are very similar socially: young, poor, pressured by aspirations and expectations, facing few opportunities,’ he added.

While farmers are given some freedom under Morales’s policy, they still face limitations and harsh punishment if they produce more than their allotted amount of coca. Essentially, coca is legal, but only to an extent, and those who grow it legally – and often have no connection to the illicit activities that happen once the plant is out of their hands – are the ones who face restrictions.

‘It’s a bit of an unjust relationship,’ said Benavides Lopez, ‘But obviously, what’s easier to control? The consumption of millions of people, or the cultivation by hundreds or thousands of people?’ Having restrictions on the farmers that produce the plant just makes more sense, and is perhaps justified.

In a New York Times article from 2006, before the DEA was kicked out of Bolivia, a regional leader of coca farmers was quoted as saying, ‘What blame do we have when we don't make cocaine? They should chase down the people who make cocaine.’ But as it happens, that wouldn’t bode so well for farmers either.

With approximately 7,000 hectares of coca plant being used for the narcotrafficking industry, farmers partially rely on it for their livelihoods. If the demand for cocaine didn’t exist, a large portion of the crop would have no market – and prices at the legal market would be much lower, explained Benavides Lopez, which would result in significantly lower incomes for farmers.

The argument has been made that if other countries legalised and accepted the coca leaf as a harmless substance, the legal market in Bolivia would prosper.

In 2017, Ricardo Hegedus, manager of operations of the coca-tea producer Windsor, told The Guardian, ‘If we could export legally, coca farmers’ incomes would improve. It wouldn’t eliminate drug trafficking but it would make it harder and more expensive for traffickers to get coca.’ A New York Times article also detailed one man’s hope to one day sell his coca-infused granola in China.

But Laserna wasn’t so quick to accept that assumption, as legalisation of the leaf would also imply the legalisation of its cultivation. ‘If cultivation of the coca leaf were legalised in other countries, competition would increase and prices would fall, which would adversely affect the Bolivian campesinos,’ he said.

While Benavides Lopez thinks there is a possibility of other countries legalising coca, he doesn’t believe they have much incentive to, and he has reservations about the effects it would have on narcotrafficking. ‘You can transform coca leaf into cocaine wherever,’ he said, which would in turn lead to public health problems.

‘You can’t coerce families into not being hungry.’

The question of controlling public health and curbing consumption should perhaps be directed toward the United States and Brazil, the top two consumers of cocaine in the world.

‘We can turn the debate to say that liberalisation of drugs is better,’ said Benavides Lopez. ‘But perhaps it is too much of a cliché to think that individuals can be responsible for themselves, without a state that decides for them.’

Alleviating the narcotrafficking problem whilst also providing support for farmers and de-stigmatising the Andean usage of the coca leaf in other parts of the world is a long process with no clear-cut solutions. But Laserna believes in a progressive future that prioritises liberalisation over control.

‘In the long run,’ Laserna concluded, ‘I think an atmosphere of greater freedom and tolerance will be established, founded on trust in people and especially in their ability to decide what they consume.’