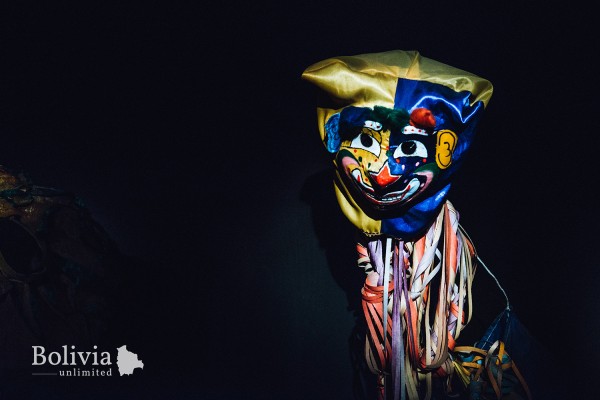 Vibrant colours, masks, sequins and feathers adorn the streets of La Paz during carnival and other traditional celebrations. La Paz, la ciudad maravilla, one of the New 7 Wonders Cities, brings together the work of hundreds of local people to make the carnival processions an unforgettable experience. The design and tailoring of Bolivian folkloric dress is the responsibility of artisan dressmakers, whose creativity and designs have the power to change people’s perceptions. 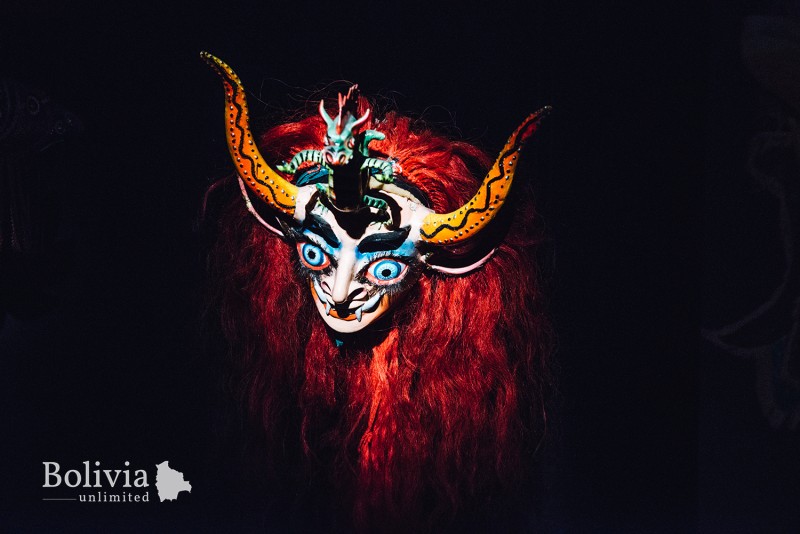 The English architect William John Thoms defined folklore as the traditions, poems, songs, catchphrases, tales, myths, music, beliefs, superstitions and other elements that characterise a culture. He coined this word from ‘folk’ (meaning people) and ‘lore’ (meaning wisdom and ability). Within this idea, he recognised folklore to be one of the purest forms of identity expression, with its ability to preserve and innovate a culture’s traditions.

The artisan costume makers of La Paz each have their own specialty; there are seamstresses, hatters, mask makers, tinsmiths and jewellers. They work in conjunction with one another to design and create hundreds of costumes for the country’s different folkloric dances. Carlos Morales Mamani, who has spent most of his life as an artisan dressmaker, works the entire year leading up to carnival designing new costumes and meeting the demands of the dancers. He is now the manager of a costume-design business that was founded by his parents, he being the only one of his siblings who chose to carry on the family business of artisan dressmaking. Morales creates his own designs and costumes based on the knowledge passed in to him by his parents. 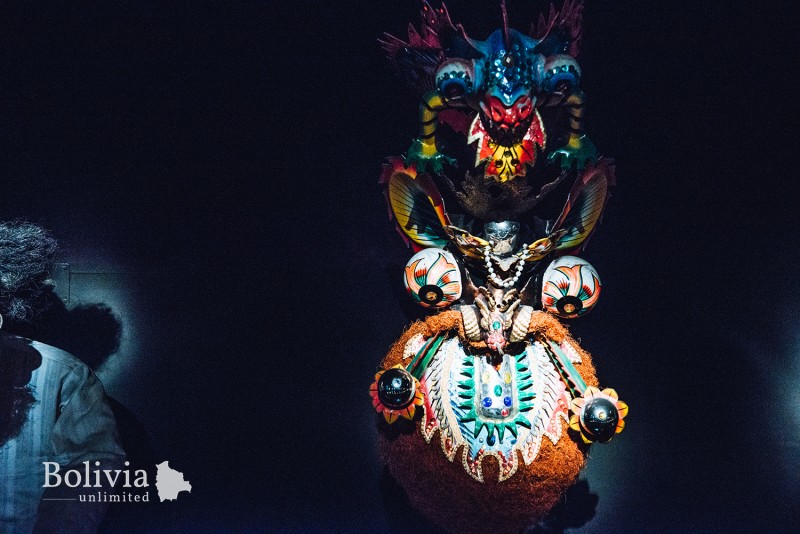 In terms of style, the current range of costumes made by artisan paceños is more influenced by colonial fashion than by rural, indigenous style. Varina Oroz, an anthropologist and a curator at the National Museum of Ethnography and Folklore (MUSEF) in La Paz, says that many of the ‘local artisans’ sewing techniques are based on the embroidery of chasubles worn by saints and priests of the Catholic Church, and now they’re used to make folkloric costumes.’ But modernity is slowly creeping in, and the tradition of donning full traditional carnival apparel, including the use of batons, is no longer practised due to the large number of participants in the processions. Oroz says that fabric from France and Japan and Swarovski crystals were once used to fabricate carnival outfits. Today, though, clothiers use predesigned fabrics and strips of sequins in order to save time. Designs, too, have changed through the years, with baroque styles becoming more common and new shapes and symbols being incorporated, such as the dragons that appear on diablada masks (this was inspired, amazingly, by that creature’s figure on boxes of Hornimans tea!). Indeed, modernity informs new costume designs with the appearance of new characters, such as el Yapuri Galán in the kullawada dance, who is a representative of the LGBT community. 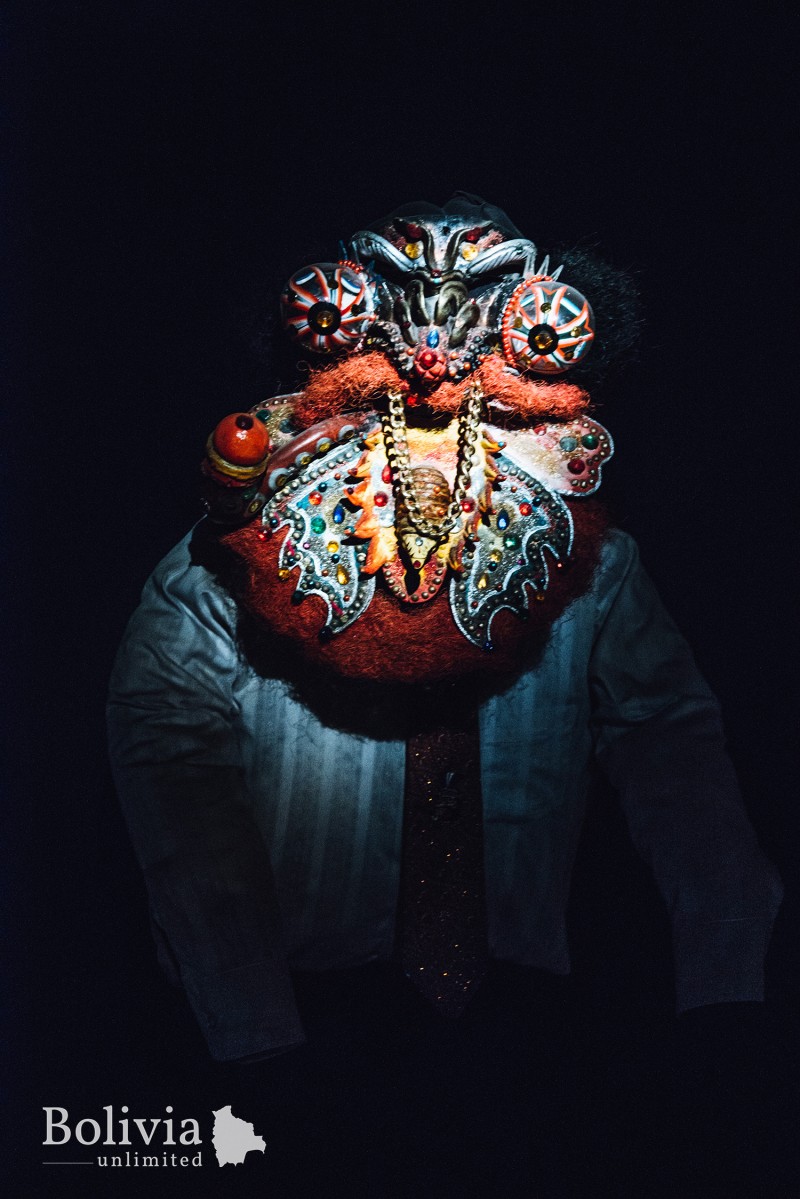 Carnival masks were originally made of plaster, making them very heavy, which was later replaced by tin. From the 1990s onward, tinsmiths and mask makers sourced their own raw material from discarded cans, which were then crafted with specialised tools. They were then nickel-plated to highlight a silver colour. Now, most carnival masks are made from glass fibre, a lightweight material that allows mask makers to fabricate even more extravagant pieces; some masks used in the diablada dance can even emit fire from the mouthpiece. 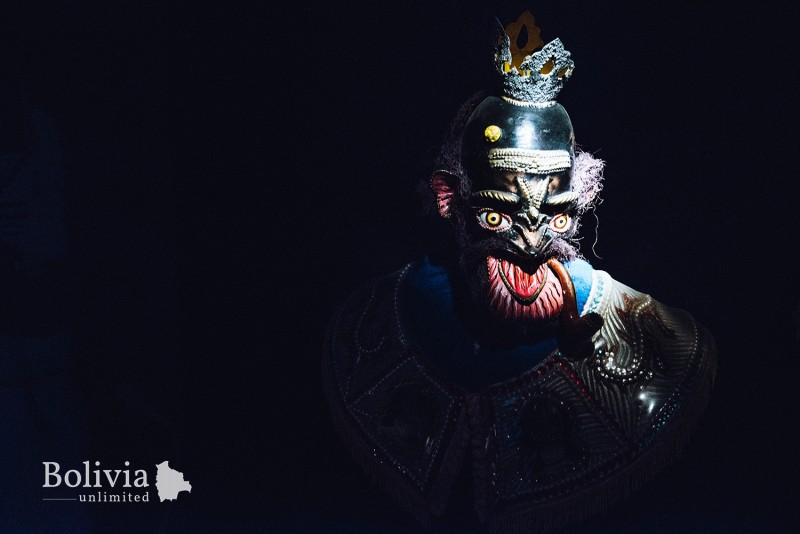 Photos and videos fail to capture the magnificence of these events; they cannot capture the excitement and energy of the exceptionally dressed dancers and the feel of music felt in spectators’ bones. But carnival occurs every year, and the municipal tourism agency La Paz Maravillosa invites you to experience this and other traditional Bolivian festivals in person, and perhaps in a costume of your own! 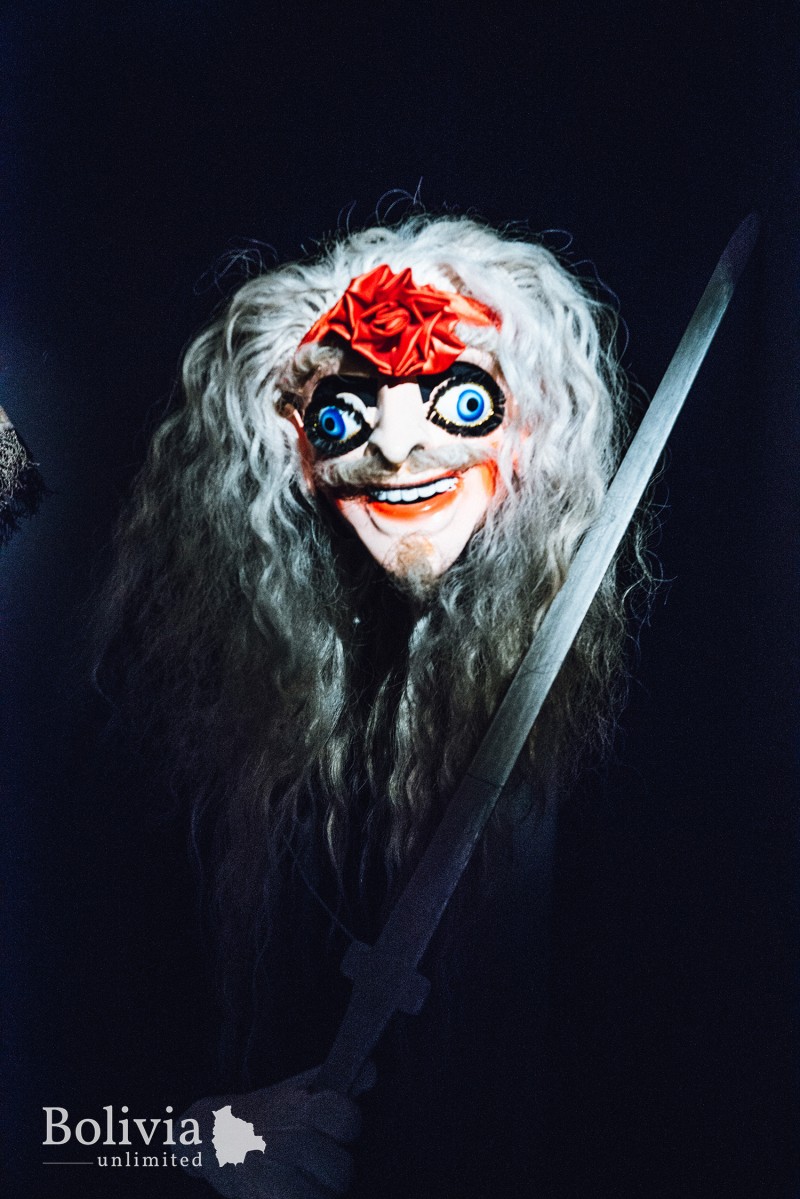