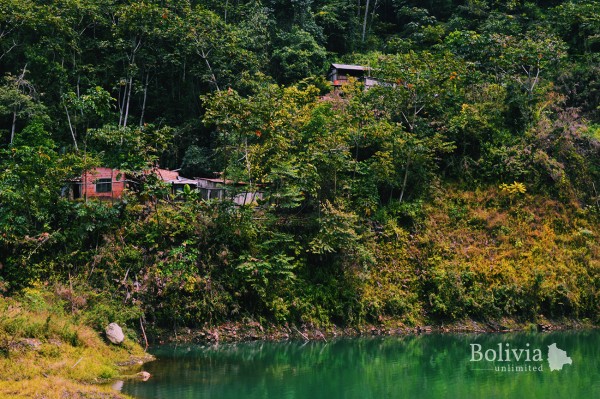 Amongst threats and misconceptions 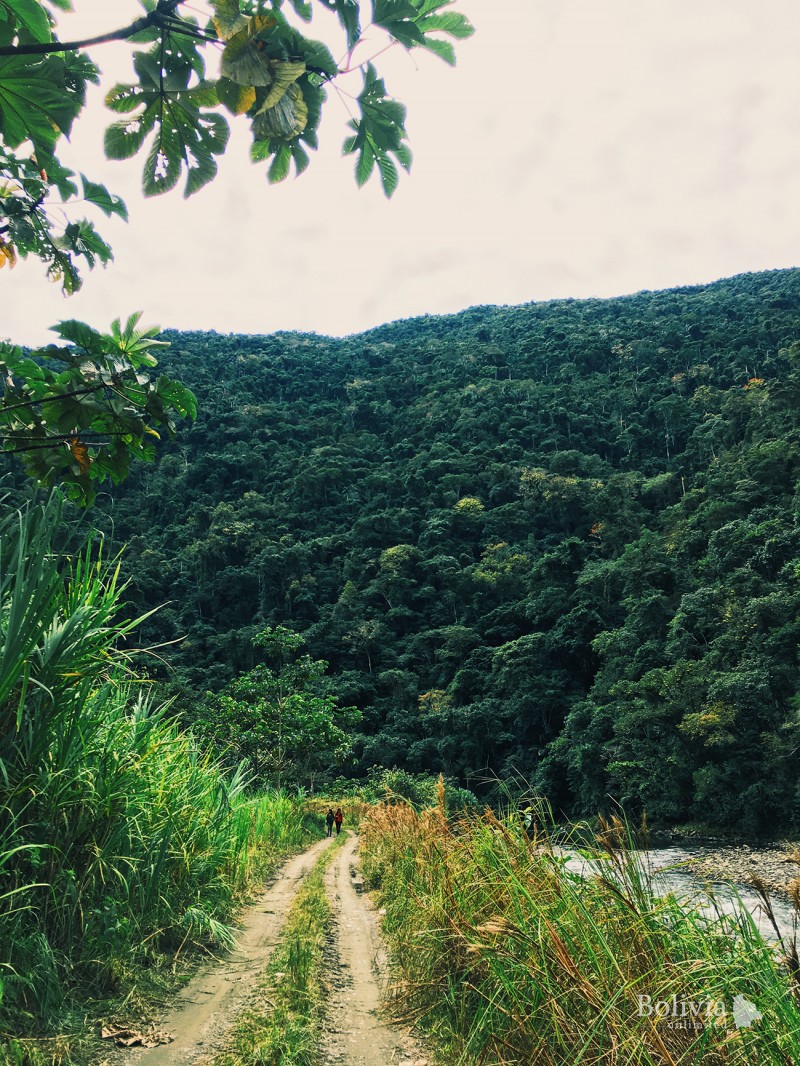 Let’s cite the facts. Bolivia has a total of 182,719.99 km2 of protected natural areas, which is about 18% of the total national territory. Already an astounding set of figures, yet what if I told you that the extension of Natural Areas in the country might be far bigger?

According to the General Law of the Environment No. 1333, a protected area is defined as:

“Natural area, with or without human intervention, declared under State protection through legal provisions, with the purpose of protecting and conserving wild flora and fauna, genetic resources, natural ecosystems, hydrographic basins and other values of scientific interest, aesthetic, historical, economic and social, to conserve and preserve the natural and cultural heritage of the country ”

The definition is ample, and for it to be effectively implemented further classifications have become indispensable. In that sense, Protected Areas have been divided and grouped into six different categories: National Parks, Natural Monuments, Wild Life Reserves, National Sanctuary, Natural Area of Integrated Management and, lastly, the Immobilisation Nature Reserve. Despite the effort to properly differentiate the areas to introduce better and more personalised conservation strategies, the classification has failed to include all the Natural Areas, or alternatively, all the areas that are worth protecting. Thus, Bolivia would arguably foster far more natural territories than what is typically thought.

Not all Natural Areas fall under Protected Areas

Although the definition includes some inhabited areas as Protected Areas, it does not consider all inhabited Natural Areas as protected areas. This is an important element to consider given that the number of ‘Natural Areas’ multiplies exponentially if these latter are taken into account.

Productive Areas, such as those concerned with agriculture and/or cattle raising, are one of the chief features of Bolivia. The country has 800 thousand productive units of which 92% belong to producers of agricultural families whose activities are located in rural communities which existence, in some cases, is centenary. These areas are not protected areas but they do demonstrate to be natural areas given that a balanced ecosystem must, and is, maintained for food production and animal farming. Lake Titicaca is not a protected area but is both a productive and a natural area, likewise, most of the Altiplano, ranging from the Department of La Paz to Potosi, is also a natural, harmonious and important ecosystem. Similarly are the valleys surrounding Cochabamba, Sucre and Tarija and the plains which are found, predominantly, in Santa Cruz.

Not all the natural areas are placed under the ‘Protected Areas’ category. Aside from expanding the natural area surface in the country, this fact also brings about other issues such as those concerning preservation, contamination and sustainable development. One of the biggest concerns regarding this is not necessarily the exhaustion of natural resources but the destruction of the environment which could harm both the animal species that live in them as well as the human population who, if not cautious about how they treat the land, might jeopardise their source of food and economic input.

The good news, however, is that there is still plenty of space for species and animals to reproduce and live peacefully, after all, these are what ‘Protected Areas’ are for. A pertinent question to ask, nonetheless, is how big are these protected areas? The short answer is that they are larger than what one tends to imagine. If we take a look at some of the most popular ones, we will easily come to realise that not everything in these areas is known, even less so documented precisely due to their large size.

I have identified two main reasons for this being; the first one is that the financing allocated to conservation is rather low in comparison to other areas of the economy such as commerce and mining. Whilst FUNDESNAP, a private organisation that administers the main trust funds for the conservation of protected areas, has a portfolio of 14 million US dollars including foreign bilateral, multilateral and private financing. The private investment in mining alone amounted to 252.8 million US dollars in 2017, a year in which a plan of a further 1.5 billion dollars investment towards the mining sector was approved by the state. Moreover, protected areas among Reserve and National Parks are the most vulnerable to economic shocks; the income coming from tourists represents about 35% and 40% of the annual income for the areas.  With fewer resources to conserve and adequately equipped the areas with professionals, little can be done to exhaustively understand them. This, in turn, can eventually bring about further environmental hazards and endemic deforestation

The second reason as to why the size of protected areas is perceptively larger than what is demonstrate comes down to the fact that these areas are still widely inhabited. This just exacerbates the repercussions briefly mentioned. For example, the National Reserve of Andean Fauna Eduardo Avaroa is one of the most important Natural Reserves in the Potosi. However, despite its awe-inspiring beauty, the region is one of the most economically depressed. A significant amount of tourists visit the reserve but because there are neither well-prepared guides nor someone to supervise the conservation of the Natural Reserve damage is done to the landscape due to littering or reckless 4x4 driving. An interesting fact about this park is that despite being a National park it still has 61 mines within its territory.

Another, equally concerning issue, related to the incapacity of properly supervising the National Reserves and Parks due to their extension is the presence of fires, which have consumed a large number of protected and non-protected areas in Bolivia since 2019. The Tunari National Park is said to have lost one hectare to these fires, the natural areas of integrated control San Matias and Otuquis are said to have lost 192,824 hectares and 227,402 hectares respectively, the National Park Carrasco about 4,154 hectares. As I said, the lack of resources allocated to protect the reserves and parks not only lead to the slow deterioration of these areas but also lead to the state unintentionally overlooking issues that lead to illegal poaching, fishing and logging. As these concerns mount up, there are newfound concerns over the lack of control over the ‘colonisation’ of protected areas by coca farmers or other settlers looking for cheap land.

A final issue that is worth treating is the continuous conflicts between indigenous communities and the state concerning autonomy and self-determination. The constitution of Bolivia declares the right for indigenous peoples to self-determine but the state actions and decision seem to hinder these constitutional rights.

Probably one of the most known cases is that of the Indigenous Territory and National Park Isiboro-Sécure or TIPNIS. The TIPNIS was initially founded as a National Park in 1965 and became an Indigenous Territory in 1990 thanks to the relentless crusading of the indigenous population living in the area. The territory hosts three ethnic groups namely; the Moxeños, Yurakarés and Tsimanes all of which amount to approximately 12.388 indigenous inhabitants scattered in 64 communities. Both the flora and the fauna is still widely unknown, the most reliable study on fauna for instance dates back to 2004 and identifies 858 species of vertebrates (Fernández, E. y Altamirano, S., 2004) although the number of species is likely to be higher.

In June 2011 the government inaugurated the construction of a 306km long highway, a project that would cross straight through the middle of the protected area. Despite an arduous defence that managed to halt the project momentarily, in 2017 the ruling party of government enacted Law 969 which repels the special protection for the park and authorises the drafting of a transportation plan for the TIPNIS. Like many journalists, environmental activists and the communities themselves have demonstrated, the construction virtually never stopped and is at the moment in construction notwithstanding the great controversies. Recently, the ex-president Evo Morales announced that if the representative of his party wins the subnational elections the highway will be built.

A Green Pearl in Danger

Bolivia is by far one of the most unspoiled countries in South America. Despite its historical legacy in mining, its reliance on its natural resources for economic development, the human settlements in the many natural areas and decent tourism industry, there is still a great part of Bolivia that is unknown, rather untouched. Blurred and overlapping borders, extensive territories, low investment, and low population density i.e. wide inhabited regions, all mentioned in this article, lead to this conclusion. All these factors, whilst great for adventure-seeking enthusiasts and indigenous communities that value privacy, still pose significant threats both for the conservation of the areas as well as the people that live in them. We ought to truly connect with the land, understand the necessities of mother earth, and learn to appreciate without destroying, just as the butterfly does when gently sipping on the nectar from the flowers. 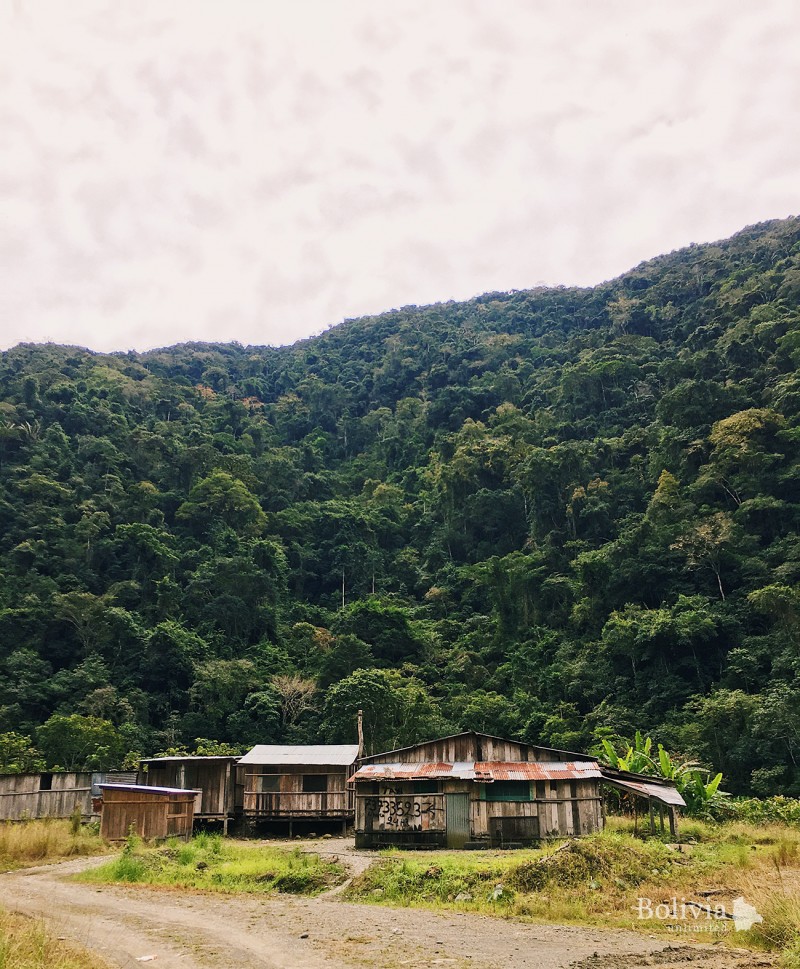