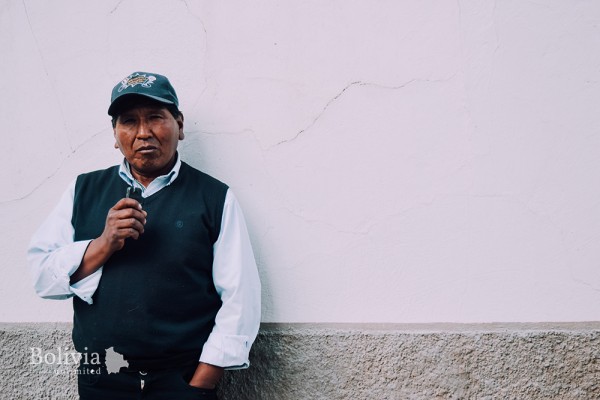 7am–8am: Summary show from the Red de Patria Nueva, whose mission is stated as ‘transmitting messages which contribute to democratic communication and participation for every Bolivian.’

8am–3pm: News, information and entertainment programmes from these two stations.

3pm–7pm: The Ahora el niño show. Children from the local schools come to the station to sing or present poetry.

7pm–9pm: News in both Spanish and Aymara.

This is the reality of the one-man radio-station situation on the Isla del Sol, located in the Ayllu Challa community in the north of the island on Lake Titicaca. There are no Top-40 countdowns or celebrity guests. Instead, the airwaves are filled with local music, news in the local indigenous language and programmes to encourage the role of an ‘active citizen.’ The music changes throughout the day to suit the island’s routine. In the morning there is slower music to accompany daily agricultural tasks, and the playlist becomes more lively as business commences and the day’s pace quickens.

Humble yet full of pride for his station, and fittingly wearing his periodismo radiofónico digital cap, Radio Wilka Pacha’s jack-of-all-trades Esteban Quelima describes the days when he simply ‘didn’t know a thing about speaking on the radio.’ The citizens of the island could only listen to Peruvian stations prior to December 2012, until technicians from the Bolivian Ministry of Communication helped to install a 200-watt radio transmitter in the heart of the northern part of the island. ‘We would like other people to listen, our brothers in Chile and Peru, but our reach isn’t so big,’ explained Quelima. A college graduate with degrees in archeology, journalism and agriculture, he now runs the radio station that connects the island’s residents through music, news and features in their native language.

Running a one-man show brings a number of challenges, Quelima said. He ‘has to be a journalist, investigator, manager, everything,’ as well as deal with frequent electricity and funding shortages. However, his overall aim ‘to strengthen the Aymara language, as the media is one of the only means to teach it,’ clearly overrides the struggles faced and makes each day necessary ‘to educate and strengthen our cultural identity.’

This passionate motivation was evident during our interview. Quelima believes that the Aymara language is disappearing, as well as a culture which ‘once dominated astrology, maths, farming, geography, architecture and more.’ And so it’s his and the radio station’s role to reinforce it daily.

Radio is, above all, a means of communication which transcends visual and literary barriers, and on a community level it can reflect a reality that is not represented in Bolivia’s mainstream media. In 2011, Ley 164 recognised the importance of community radio stations, and the government began to help to equip them in indigenous communities. These so-called Radios de Pueblos Originarios are now an integral part of daily rural living and truly reflect the Estado Plurinacional, sharing a common philosophy of defending indigenous roots and culture through education and community engagement.

CEPRA (Centre for Radio Production of Bolivia) has contributed largely to this goal. It’s an NGO that develops education and communication in the media industry. Juan Ordoñez, CEPRA’s director, reinforced the indispensable role of these community stations and CEPRA’s initiative for ‘generating an active citizen.’ Quelima spoke fondly of CEPRA, calling it a ‘very good institution’ and showing off the small voice recorder the organisation provided him to conduct interviews.

As of 2018, CEPRA has trained 155 people in basic radio-presenting techniques, show creation and news reporting. These lessons, either taught online or by DVD, are presented with specific themes, such as environmental issues or gender equality, to give extra context and ‘combine the local with the global, as the radio must be an actor in local development,’ according to Ordoñez. Those who complete the eight-month course are certified by the Escuela de Gestión Pública Plurinacional.

CEPRA’s work is enhanced by talented tutors such as Jenrry Huanca, whose aptitude for Aymara, Quechua and Spanish allows him to connect easily with the participants. His philosophy – that each station ‘has to think about the listeners’, thereby engaging with the local native language – has resonated with his students, who display their commitment by contacting him in the middle of the night at times to make sure that their programmes have uploaded successfully despite technical issues. This desire to complete the course demonstrates its appeal and value, which not only benefits the individual participant, but also the participant’s entire community through broadening the scope and nature of the information that is circulated.

Bolivia’s community radios are thriving, and with the support of the government and organisations like CEPRA, the passion displayed by Quelima will continue to flourish in communities all over the country. Perhaps Radio Wilka Pacha will develop into a two-person station by next year. Not only does the growth and development of these stations provide new opportunities for citizens to play an active role in the local community, it also allows local and relevant content in native languages to reach the ears that matter most whilst reinforcing the foundations of Bolivia’s indigenous cultures.

Listen to Radio Wilka Pacha and other radios de pueblos originarios at www.rpo.bo 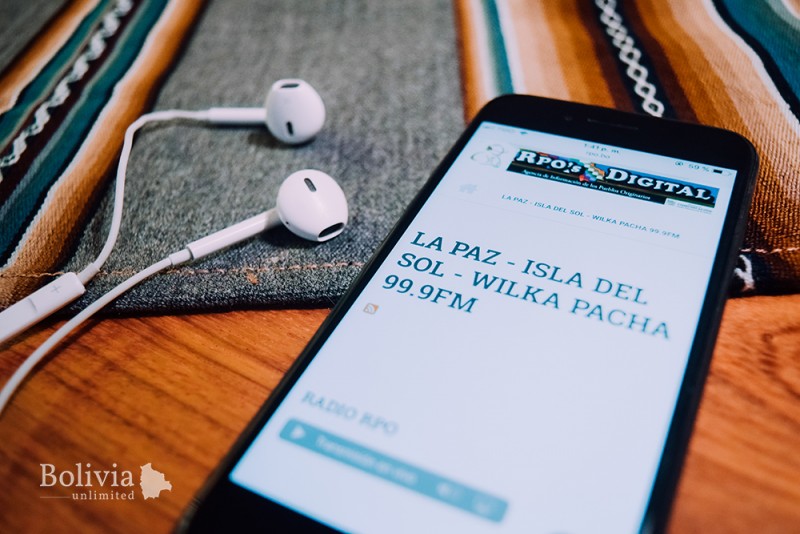