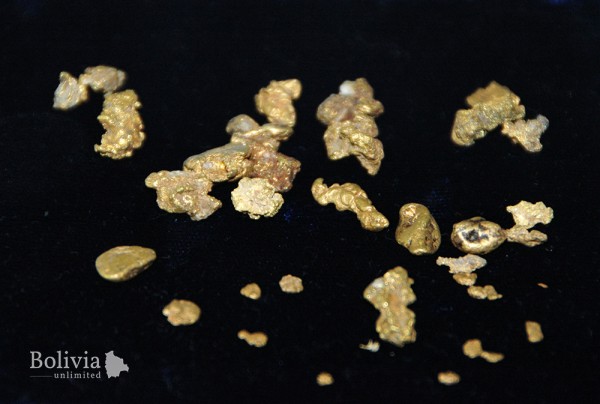 But the country’s mineral riches come with a price – societal, environmental and economic

Gold prices have risen steadily since 2000, increasing nearly fourfold and changing the conditions in which it is extracted and marketed – lamentably including methods that evade mining and financial regulations. The current boom in the illegal extraction of gold is the result of various factors, including profitability driven by demand from emerging markets, notably China and India, and investment pressure, particularly after the financial crisis of 2008. The imbalance between supply and demand resulted in gold prices increasing by an average of 18% per year from 2000 to 2010 alone, for a total increase of 360% over the decade. While prices have fallen significantly since then, they are still relatively high. Simultaneously, pressure from the US ‘War on Drugs’ has cut into the profitability of drug trafficking from Latin American. As a result, criminal networks have diversified into the gold-mining sector, a move that was greatly facilitated by the fragmented nature of an artisanal gold-mining industry.

The Amazon basin in which Bolivian mines are located have facilitated an increase of the illegal exploitation of gold. The Global Initiative against Transnational Organised Crime, a Geneva-based international civil-society organisation, estimates that 30% of the gold mined in Bolivia is obtained illegally. Bolivia has been, and still is, particularly vulnerable to large-scale exploitation of gold and other precious minerals due to the wealth of natural deposits it enjoys. At a local level, informal mining is often socially accepted because of the employment and income opportunities it generates. Furthermore, the reserves themselves are located in regions far from densely populated areas, lacking a strong state presence to monitor conditions and enforce laws. Research conducted in 2016 by the Global Initiative found that since 2006, around 68 tonnes of gold, valued at 3 billion USD, had been illegally extracted from the Amazon and northern border areas and smuggled out of Bolivia.

Illegal gold mining brings with it a plethora of problems. The human cost of the expansion of illegal mining is extensive. An estimated 13,500 children work in the illegal gold-mining sector, and half are unpaid. Despite a lack of official governmental data, human trafficking for the purpose of sexual exploitation of women and adolescents is a growing problem – particularly across the borders of Peru and Brazil. Sexual trafficking is commonly generated whenever there is a large migration of men for the purpose of employment. Peruvian police estimate that up to 4,500 Peruvian and Bolivian girls are trafficked for sex work in bars frequented by miners.

‘The immense social and environmental damage will continue growing, and future generations probably won’t get know the beauty of these idyllic sites.’

There are steep environmental costs associated with illegal gold mining too, including deforestation and illegal trafficking of wood. Without enforced regulations and guidelines, mining contaminates and degrades local ecosystems. In places where alluvial gold is extracted from riverbeds, mercury is often used as a separating agent. Mercury is highly toxic to human health; it can cause developmental and neurological problems, especially to foetuses and small children. Gold reserves are often exploited this way in the departments of Beni and Pando and in the Madre de Dios, Beni and Orthon Amazonian rivers. For every kilogramme of gold that is produced in Bolivia, 36 kilogrammes of mercury are released into the environment, according to the Global Initiative, affecting not just the earth but also local communities. The damage that occurs during the gold-separation process is incalculable and irreversible.

Agustín Cárdenas Revilla, emeritus professor of metallurgy at the Universidad Mayor de San Andrés (UMSA), warns that this type of illegal mining will have adverse consequences for the communities that are involved. What’s more, he says, ‘The immense social and environmental damage, currently unevaluated, will continue growing, and future generations probably won’t get to know the beauty of these idyllic sites, the beautiful rivers or the great biodiversity that very few countries have the privilege of having.’

In May 2014, under President Evo Morales’s government, Bolivian legislation regarding gold mining activity was replaced by Law No. 535. A controversial aspect of the law lies in Article 31, which declares productive mining agents as the state mining industry, the private mining industry and mining cooperativas. It neglects to recognise the work of local communities, many of whom exploit mineral resources in their areas. These communities have legal titles to the mining sites, but no formal permission or contracts. Thus, this law leaves such communities with no choice but to privatise or engage in illegal mining activity. The Sociedad Peruano de Derecho Ambiental (SPDA), in their investigation into illegal gold routes, suggest that the policies in Bolivia encourage the proliferation of informal and illegal mining operations. The contradictions, ambiguities and voids in state policies encourage even legal operators to take advantage of them, often resulting in violations of mining laws.

In the La Paz department, which contains the largest gold deposits in the country, there are more than 50 companies that produce gold, but only five that work legally, according to the Instituto Boliviano de Comercio Exterior. Additionally, there are approximately 1,100 mining cooperatives that extract gold in the department, producing roughly 10 to 12 tonnes per year. Bolivian law requires that all mining actors obtain a mining identification number and register it with the national mining bureau. Of the 1,100 cooperatives working in the department, only 126 are registered.

‘The cooperativas don’t have access to resources; mining requires a lot of capital and machinery,’ explains Carlos Jitton, president of the Chamber of Exports of La Paz. ‘So although it may be prohibited, they have no choice but to work in partnership with rescatadores’ – companies that invest in the cooperatives, many of which are foreign – ‘to enable them to continue working.’ Notably, Chinese and Colombian interests frequently invest in small mining cooperatives.

Drawn to the perceived rewards of mining, workers willingly abandon their traditional livelihoods, but the reality isn’t so fruitful. ‘The cooperative workers live a life of survival,’ Jitton says. ‘One gram of gold may cost around 20-25 USD to produce, and the middle man, let’s say, may only pay them between 25-28 USD. So maybe they’ll make a profit of around 1 USD, potentially nothing. The profit margin is very low.’

‘The life of a gold miner is precarious,’ Jitton continues. ‘They use very old technologies and work in questionable conditions. It would be a huge risk to smuggle gold across borders themselves, so they are left with no choice but to work for or sell to companies that know the appropriate routes across the border.’

Statistics reveal a troubling truth behind the production and exportation of gold in Bolivia.

According to the Bolivian Institute of National Statistics, 6,000 kilogrammes of gold were produced legally in 2014. Meanwhile, 40,000 kilogrammes were exported. A very important difference lies between these two numbers, reflecting the contraband that is smuggled into the country in order to be exported, in addition to the illegal mining of gold. Airing on the side of caution, one must account for a margin of error given the difficulty it is to quantify such data in the informal conditions in which gold is produced. Nevertheless, these statistics reveal a troubling truth behind the production and exportation of gold in Bolivia.