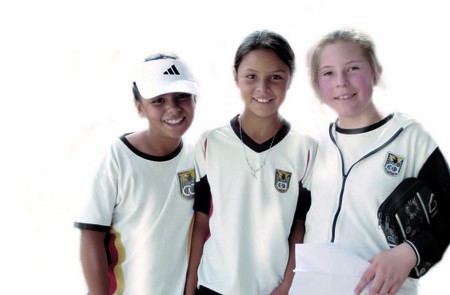 Expats and their offspring

After 5 months of living and working in La Paz, I became increasingly intrigued with the idea of expats who, by moving abroad, end up raising their children in a different culture to their own. I often asked myself what it was like for them. Did they feel Bolivian? How did they feel when assumed to be ‘gringos’?

Considering Bolivia’s first expats were the European colonisers who arrived in the 15th Century, it is safe to say that intermixing has been part and parcel of this country’s history. Comparatively speaking, the presence of white descendants is perhaps less prevalent in Bolivia than in many of its South American neighbours such as Argentina or Uruguay. Nevertheless, by some accounts Caucasians make up as much as 15% of the population*, predominantly constituted by the descendants of families who arrived here decades (and even centuries) ago, as well as expats who’ve only recently moved to the country.

Within my first few weeks in La Paz, I started noticing the numerous European cafes, restaurants and libraries around town - especially in La Paz’s wealthier barrios such as Sopocachi and Zona Sur (Le Bistrot, La Comédie and Kuchen Stube to name but three within walking distance from where I live).

To understand what it means to be blonde in Bolivia I set out to meet the children of these families. Three schools located in Zona Sur appeared to be the indicated places to look for those answers: the German Colegio Alemán “Mariscal Braun”, the French Lycée Franco Bolivien, and the American Cooperative “Calvert”, all of which offer bilingual education programmes, covering all levels from pre-school to graduation. At first sight it seemed there were two entirely different worlds within La Paz. Here in the Zona Sur, a different species of parent drop off their children at the school entrance: it’s not just their conspicuous wealth (evident in their 4x4s and dress sense), there’s a noticeable ethnic difference too. My language skills were tested when I stepped into the Lycée Franco Bolivien and had to switch from Spanish to French - I hadn’t prepared myself for this but after a few minutes of staggered, rusty French, I got into the swing of things. For a moment, I envied those children who had the ability to switch from one language to the other without even thinking, but after looking into it further, I started wondering what it must be like for these blonde-haired, blue-eyed children to grow up in Bolivia with a dual-nationality. Did they have difficulties fitting in? Did they feel Bolivian or did they identify themselves more with their parents’ culture?

During my visit to the Lycée Franco Bolivien, I met Iris, 12, daughter of a Bolivian mother and a Belgian father. Born in Cochabamba, she spent the first nine years of her life in Belgium. “I feel more Belgian than Bolivian because I still speak much more French than Spanish,” she said timidly. “I like it here but it’s very different from home.” Although she admitted that she was happy here in the country where she was born, and she told me she would be sad to leave her friends when her father’s contract ends, it was clear Iris still considers Belgium to be her “home”.

On entering the smart German Mariscal Braun school, encircled by the towering cliffs of the Zona Sur’s Achumani district, I was greeted by a real mixture of blonde and dark-haired Bolivian and German children in the playground.

“I will go to university in Europe because higher education is better there, but I want to return to Bolivia afterwards because of the the higher quality of life that we can have here” 16 year-old Klaus explained. “I want my children to have the same exciting, bilingual upbringing as the one I’ve had.”

Chatting with these children made me realise how important the language issue was when growing up in a country like Bolivia: if you don’t manage to speak the local tongue or if you struggle to express yourself in it, as young Iris does, it affects how easily you settle in and feel part of the Bolivian community. On the other hand, it also highlighted many advantages in growing up in Bolivia with a dual-nationality - the most valuable perhaps being “you have an exit,” as Klaus told me. Having a German, French or any other European passport gives you more opportunities. Besides, “a Bolivian passport is checked over and over again”, Klaus explained.

Later on, as I spoke to 18 year-old Gustavo about his experiences here, I realised how, sometimes, one could be made to feel like an outsider in their own country . His father’s family moved here after the Second World War and, although Gustavo feels very much Bolivian, he told me that he and his family still had many German traditions. When I asked whether he had ever felt like he didn’t fit in here, he replied, “I do sometimes feel like a foreigner in my own country.” He then added that sometimes, as he walked around town, he could tell that people were looking at him thinking he was a gringo; “I hate that”, he said. ‘’I think it’s a form of racism.”

As I was leaving the school, I paused to speak to a blonde-haired, green-eyed mother who was waiting for her daughter outside the school gates. She concluded my visit to these schools by summing up what the children had been trying to convey all day... “Just because I’m blonde doesn’t mean I can’t be Bolivian. I’m proud to be Bolivian” she said.

*This is arguably an overestimation, as it’s entirely possible that well over two thirds of the population have a mixed ethnic heritage (yes, that includes those apparently indigenous as well as those seemingly white). Part of the complication is that many of these figures depend on how people define their own identity in the national census. As an interesting aside, the number of people who self-identify as indigenous has been on the increase. Culture and identity are clearly shifting faster than genes.