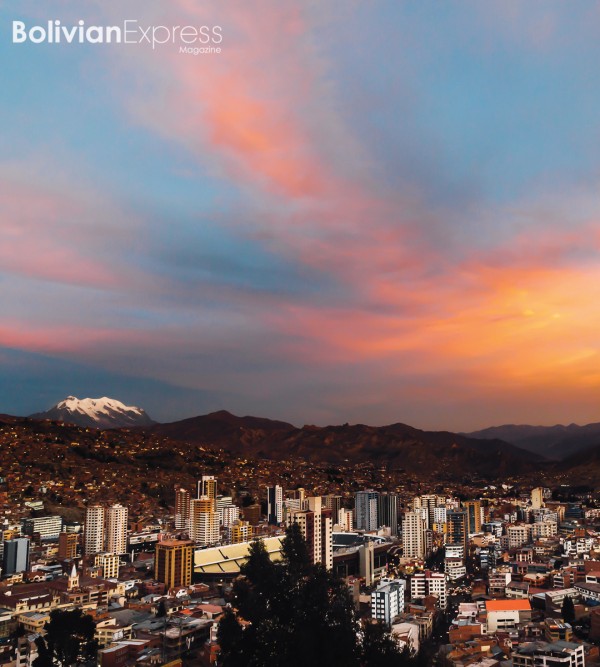 The Campaign that Turned La Paz into a wonderful City

When Raúl Pérez first heard of the New Seven Wonders Cities contest, he figured nominating his city was quite a long shot. ‘I believed La Paz was wonderful and deserved to be named,’ he said, ‘but there were so many cities, I didn’t expect to win.’

With his co-worker Patricia Grossman, who at the time was the Communications Department director of the Municipal Government of La Paz, Pérez presented the idea to the Mayor of the city, Luis Revilla.

‘I thought it was a great opportunity,’ the Mayor said. ‘La Paz has all the necessary conditions to be nominated. Visitors are always fascinated by our topography, the culture, and the way of life of the paceños. Being nominated was the great opportunity that we needed so that La Paz could be known across the world.’

With the Mayor’s approval, Grossman and Pérez began to communicate with the 7 Wonders Foundation in 2012 to go through the nomination process. They formed a team with Revilla, planned a strategy, and fit the new proposal into a budget for two years.  They named the campaign, “La Paz is Maravillosa”.

‘If the people of La Paz didn’t believe, then the world wouldn’t,’ said Grossman. ‘We needed to show them the beautiful things of the city, such as our gastronomy, heritage, unique geography, nature and diversity.’ In order to get from the first stage of 1,200 cities to second stage of 77, the people of La Paz needed to vote in favor of the campaign, a task that was at first quite challenging.

‘It was very hard to convince people,’ said Pérez. ‘People who have lived here their whole life normally don’t see how incredible their city, nature and culture are. People would say, “we have so many problems? How can we be marvelous?”’

According to Mayor Revilla, the Seven Wonders campaign wasn’t about finding the most beautiful or perfect city. ‘There are so many cities, so many aesthetically pleasing places in the world, it is too difficult to compare them,’ he said. ‘That was not the objective of the contest. The point was to find a city that is very special, very different, unique.’

The initial campaign was carried out by the media, mostly local channels and radio programmes. It featured short videos on unique aspects of La Paz, highlighting how these elements made the city marvellous and explaining how to participate in the voting process.  As part of the campaign, a popular Bolivian band, Octavia, released a special song and music video, “La Paz Maravillosa”.

The media campaign worked and La Paz made it to the round of 77 cities. In the next stage, a panel of international experts would choose 28.

Jean-Paul de la Fuente, the director of the New7Wonders Foundation, said that the panel looked for a geographic distribution of famous and not so famous cities and people who were enthusiastic about the campaign. ‘It is extraordinary that such a relatively big city exists in what objectively seems like very difficult terrain,’  de la Fuente said. ‘Then you have the mythical aspect of Illimani and the diverse cultural traditions.’

After La Paz made it to the final 28, Grossman and Pérez communicated with the universities to launch a massive social media campaign. They recruited student volunteers who shared posts, photos, links, emails and even Internet memes to encourage people to vote for La Paz. While this was helpful, a significant portion of the city’s population doesn’t have access to Internet. ‘The most important communication device in La Paz is cell phones,’ said Grossman. ‘So we put together a national campaign to vote by SMS.’

They partnered with the three major cell phone companies of Bolivia and for the first time brought them together to encourage people to vote. And the strategy paid off. La Paz made it all the way down to 21 cities. At this point, the members of the campaign began to think they could make it down to the final 7.

The volunteers began to number in the hundreds. The campaign ran voting stations all over the city so people who didn’t have access to Internet or cell phones could vote. They put stickers on cars and buildings. The local government allowed children to paint certain walls with the motto, “La Paz Maravillosa”.

‘These were unique moments for the city,’ said Mayor Revilla. ‘People joined their interests into a single objective. It was easy to reignite pride in the people and respect for their city, for the opportunity that they had.’

Once La Paz made it down to the last 14 cities, the campaign went national. The strategy had to be subtle to convince people in different cities to vote for the capital.

Revilla went to the national government to convince President Evo Morales to speak out publicly in support of the campaign and Morales agreed.

‘This is quite significant,’ explained Pérez. ‘We were working with the idea that modern day political issues are not important to La Paz Maravillosa. The Mayor is from a different political party than the national government, but that’s not important because the whole country united to reach the goal regardless of political affiliation.’

At this point, the excitement was contagious throughout Bolivia. Local actress Giovanna Chávez became involved, as well as some acclaimed international artists. According to  Adriana Barriga, a public employee who worked on the campaign, ‘It made us feel connected both nationally and internationally. It was quite common to get your relatives who were living in the US, Brazil, or Argentina to vote.’

Despite the huge support, in December 2014 Grossman and her team were shocked to hear that La Paz had been named one of the new 7 wonders. ‘It’s something that had never happened before,’ Pérez said. ‘We’re not used to winning contests, to feel so proud of our city, of our identity.’

As the Mayor of the winning city, Revilla hopes that the spirit of unity fostered by the contest will continue to unite a diverse array of people and organizations. ‘The achievement of the campaign is that La Paz is wonderful and we have made the world know it,’ he said. ‘Now it is the responsibility of everyone to utilise our new advantage.’ Studies have shown that becoming a world wonder means hundreds of millions of dollars in tourism revenue.

‘It’s very easy to say a place is a wonder, you can read any article saying so, but it is something fundamentally different when millions of people vote,’ said de la Fuente. ‘It’s a different kind of impact. You’re not just receiving information. There’s an emotional connection. You want to experience it because you worked to get it there.’ 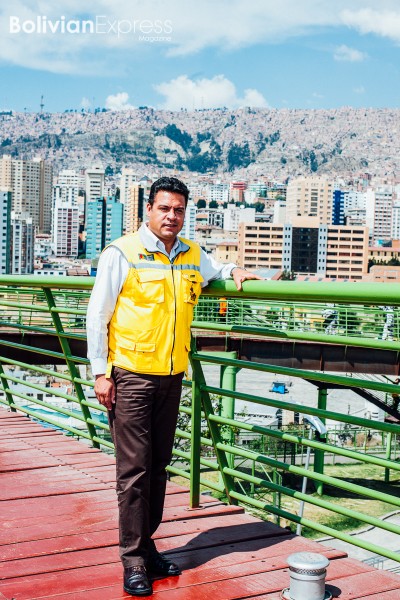