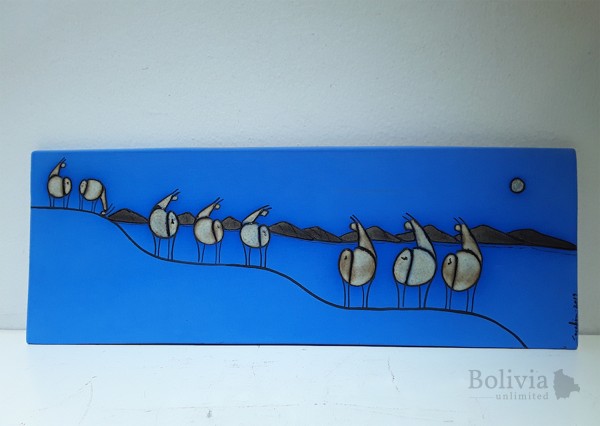 ‘El espíritu de los Andes…Bolivia’ (‘The Spirit of the Andes…Bolivia’), an abstract stone sculpture of an Andean figure, located in the Valle de la Luna, was recently vandalised during the violent political conflicts of this month. Mario Sarabia, the artist who created the sculpture, had gifted it to La Paz, his home and city of birth. He lamented the unjustified and unnecessary destruction of an artwork created on the basis of Andean beauty, cultural fusions and ideas of unity.

The internationally recognised ceramist started his artistic career in the United States and has exhibited his art in Brazil, Mexico, Argentina, England and France. Sarabia has a worldwide reputation and a well-connected international network, but at the end of the day, he prefers to reside and work in Mallasa, a quiet residential neighbourhood in the southern suburbs of La Paz. ‘Mallasa is the place where I have the privilege to live, where I’ve had the privilege to watch my children grow up, where I have the privilege of working and creating, where I’ve had the privilege of sharing my workshop with many artists and ceramics students,’ he says. Sarabia’s workshop is in his back garden. It houses a display of his most classic pieces of pottery: vases, tiles and ceramic plates. His artwork is also displayed and sold in his shop in the San Miguel neighbourhood in La Paz’s Zona Sur district. 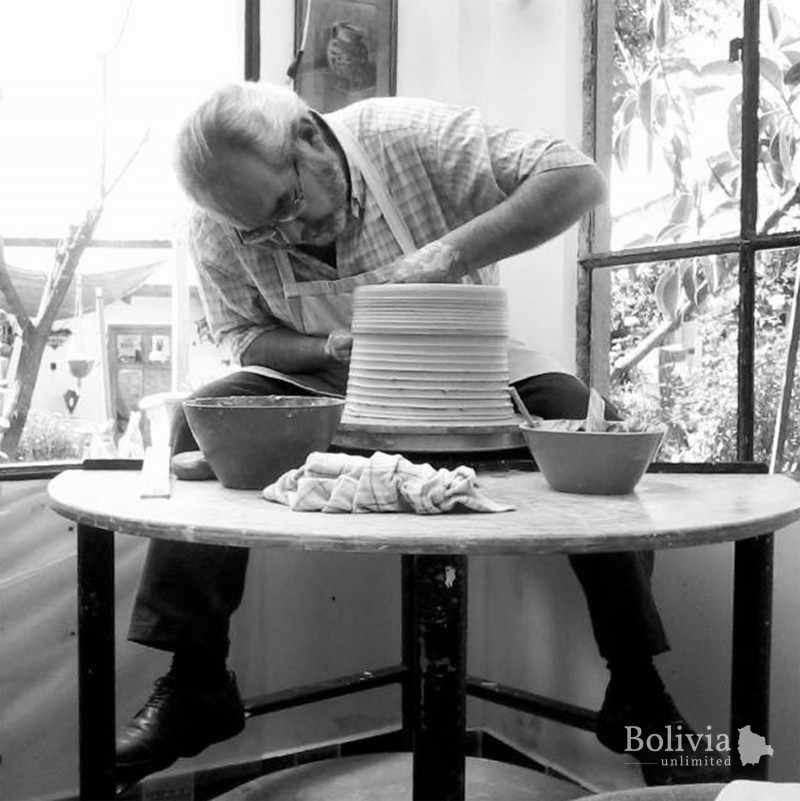 Sarabia was enrolled in a museum-studies degree in the United States, when he was introduced to pottery on one of his courses. He says that ‘from that moment on, I decided that using clay as a form of artistic expression was what I wanted to devote the rest of my life to.’ Sarabia believes that there was no other possible profession for him, aside from maybe being ‘the lead singer in a rock band’. When asked about the inspiration behind his love for ceramics, as opposed to other art forms, he says that pottery encompasses all of the principals of the fine arts. ‘In ceramics you have to mould, paint, sketch, and sculpt,’ Sarabia explains. All of these artistic elements unite to subsequently face what Sarabia refers to as la prueba del fuego – ‘the fire test’. Pottery is an art controlled and formed amidst flames.

The aesthetics of Sarabia’s colourful and intricate artwork is complemented by the meaningful philosophies and inspirations behind the pottery. Sarabia finds beauty in his surroundings. His portfolio lives and breathes the scenic Andean geography and landscape. Quite literally, Sarabia uses a unique form of clay that originates from the valleys and altiplano that surround La Paz to create his ceramics. The Andes are also embodied in his art through his iconography, which depicts Andean animals such as llamas, alpacas, condors, guanacos and vicuñas. ‘These animals existed in this land long before the Bolivian man did,' Sarabia explains. 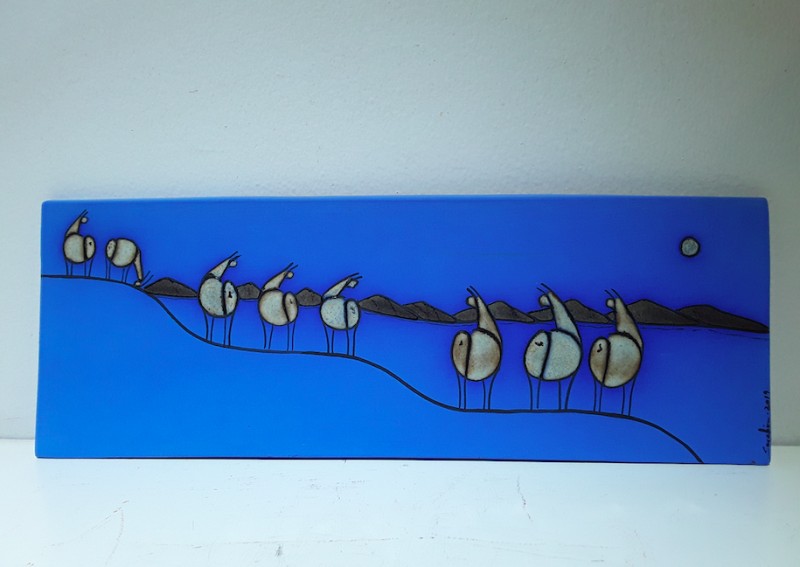 Sarabia believes that no part of Bolivian history should be ignored, and that aspects of Bolivia’s colonial past form an integral part of the nation’s identity. These ideas are reflected in his pottery, which displays the syncretism and fusion of Andean and Spanish culture in both art form and content. Image 1 illustrates the archetypal Andean landscape: llamas grazing before a mountainous backdrop. While the content may be quintessentially Andean, Sarabia explains that the ceramic piece would be described as an azulejo, a decorative tile form deriving from the Iberian Peninsula. ‘Azulejos arrived in South America during the Spanish Conquest [in the sixteenth century],’ says the artist. A more explicit Spanish reference can also be seen in Image 2, an artwork titled ‘Condor-toro’ (‘Condor-bull’). The ceramic form of a Spanish bull is built using smaller and more subtle Andean imagery and symbols: the bull’s horns are outlined by the figure of a flying condor; the bull’s face is a keru (a ceremonial Inca vase); the bull’s tail resembles a serpent, an ancient Andean deity; and the bull’s body is shaped by the Andes mountain range. Elements of Spanish and Bolivian geography and mythology are interwoven in this artwork to illustrate the idea that previously colonised nations have complex cultural identities built on fusions, appropriations and indigeneity. 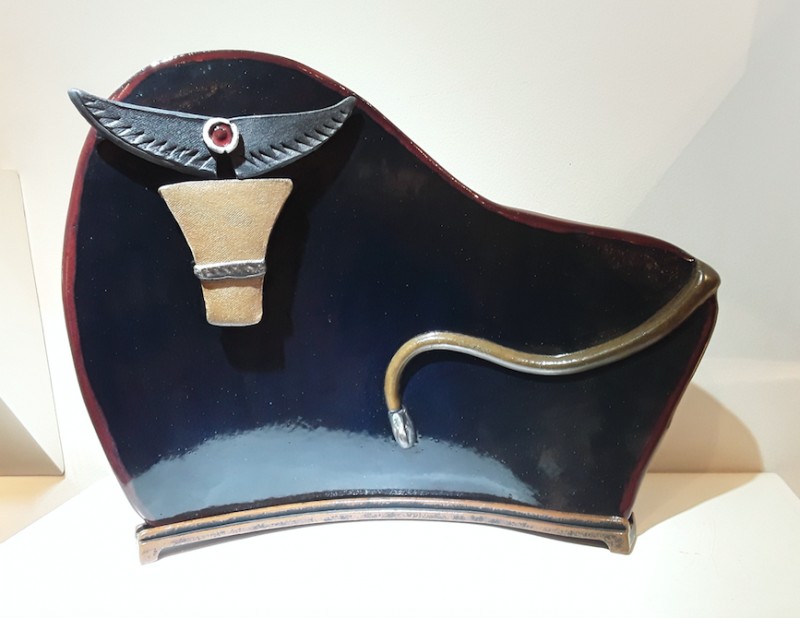 Sarabia believes that the future of his art ‘lies in the hands of art itself. The spirit of art will guide me to where I need to be’. Yet one thing is certain, the Andean landscape has always been and always will be his favourite muse.