ARCHEOLOGY OF A PALM HEART 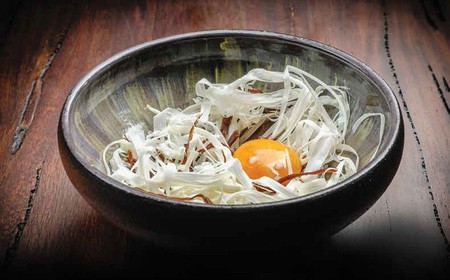 Urban living, Going Out and Food

Since its doors first opened in 2012, Gustu has quickly earned its place as one of the top restaurants in South America, and possibly even the world. Gustu has established itself as one of the most important cultural and gastronomic centres in La Paz’s residential and affluent Calacoto district.

But it is not merely a place for fine dining. Perhaps above all else, Gustu should be seen as a school—in the traditional sense of the word. This might sound strange to some, but considering its position in a world obsessed with university degrees and fuelled by self promotion, we find in this restaurant a highly unusual model of organization based around the formation of young bolivians.

Gustu provides an educational program in collaboration with Melting Pot. This foundation helps among 20 to 30 young students to gain world-class training in gastronomy and entrepreneurship.

The business model behind Gustu is experimental, so it seems especially befitting for it to enclose a cooking lab in its basement. It is here that sophisticated international cuisine, ancient knowledge, and local ingredients come together in a gastronomic alchemy.

The business model behind Gustu is experimental, so it seems especially befitting for it to enclose a cooking lab in its basement. It is here that sophisticated international cuisine, ancient knowledge, and local ingredients come together in a gastronomic alchemy.

Something that stands out about Gustu’s kitchen is its obsessiveness with starting everything from scratch. Trial and error are fundamental parts in this process, as nothing but the very best will do. In fact, it is not enough to simply get the right recipe of ingredients in a dish—each of the latter must themselves be prepared using a unique formula. This goes a long way in explaining why the results they obtain are unique.

The palm hearts they use must travel all the way from Pando (the northernmost province of Bolivia) to La Paz, before reaching the southern side of the city where Gustu is housed. Before entering your mouth this ingredient has travelled from a small producer in the Amazon to the dry and cold plains of the Andes. Gustu’s ‘kilometer 0’ policy strictly restricts the restaurant to work with products sourced inside Bolivia’s borders. In addition, they must only work with micro-producers, adding to the individuality of the experience.

Soon-to-be-Chef Jhon Montoya, shows us the process behind preparing the perfect palm heart. When it arrives in Gustu it’s a medium sized trunk covered with small prickly spines (the mere thought of a tinned product around these parts amounts to heresy). First, Jhon says, you must cut a thin vertical layer from the outside without touching the trunk.

The heart isn’t exactly found underneath. What awaits the chef is another layer (the previous one is kept for some mysterious purpose). The surgeon must cut through it once more before revealing clusters of thin filaments which belong to the heart. He begins to pull them down, patiently and labouriously until the palm heart itself finally disappears.

The idea of taking these filaments off one after another reminds me of the Japanese term muga , which denotes the process whereby which you lose perception of the action being performed through its repetition, combined with high levels of concentration. Jhon indeed appears like a monk while he manipulates the heart palm. The results after all these efforts are plain to see. The palmito is one of the star items in Gustu’s menu.

Watching this process, we could not help but wonder at just how long it takes to prepare a palm heart portion for a single dish -- especially when one serving involves up to three trunks.

In a country such as Bolivia, which is obsessed by tradition, we find a small gem: a space where apprentices are encouraged to experiment continuously and where creativity is prized. Other items to come out of their research facility include dry cured alpaca meat, egg yolks fried in almond oil, as well as an edible clay.

Gustu is not only a restaurant to look out for, but also a cultural movement in itself. The artist Joseph Beuys wisely once said: “My best work of art is teaching”. In a similar spirit, Gustu may continue to provide an ingredient vital in the development of Bolivia’s ancestral and emerging culinary tradition.