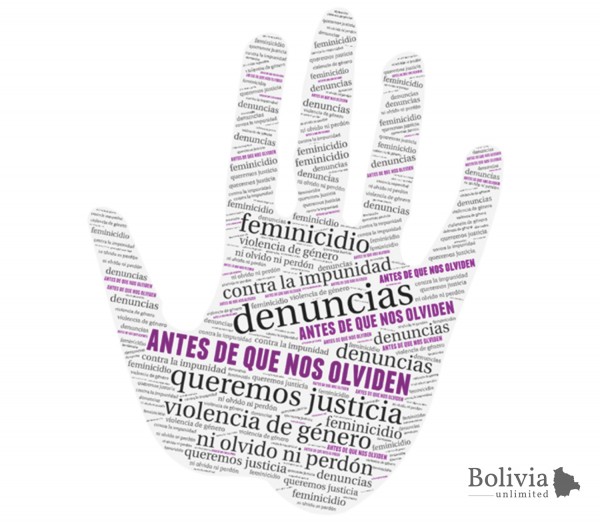 Fighting against a broken system

On the 25th of November every year since 1981, Bolivia participates in the International Day for the Elimination of Violence Against Women. In recent years, Bolivia has progressed towards achieving gender parity in many respects. In the realm of politics, UN Women praised how Bolivian women occupied just over 50 percent of the country’s parliamentary seats in 2018, representing the third-highest percentage across the globe. More generally, the ratification of Law 348 in 2013 promised to protect women from the threat of violence.

However, despite an array of social policies, legislative actions and the inclusion of female voices in politics, the national statistics of gender-related violence remain critically high. Fabiola Alvelais, author of ‘No Justice for Me’: Femicide and Impunity in Bolivia, claims that ‘Bolivia has one of the highest rates of gender-related violence in all of Latin America.’ While citizens are starting to see improvements in gender equality in politics and the workplace, the home remains one of the most dangerous spaces for Bolivian women.

The Harvard Law School’s Human Rights Clinic estimates that seven in ten Bolivian women suffer from some form of physical violence, and that in the majority of these acts the perpetrator is a romantic partner or a man living under the same roof as the victim. Alvelais explains that for women who seek legislative justice for gender-based discrimination and abuse, the success rate is extremely slim. Abusers are rarely prosecuted, and Alvelais estimates that only 4.7 percent of reports of violence against women are brought to Bolivian courts. Furthermore, even when brought to trial, the cases are economically and psychologically taxing, and can be up to 15 to 20 years before a verdict is reached. These statistics of course do not consider any unreported incidents or cases of psychological, sexual or economic abuse. 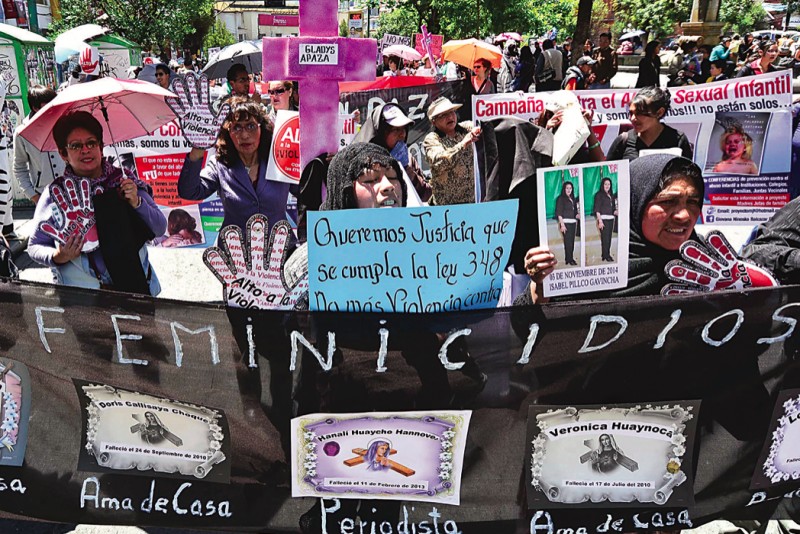 Bolivian feminist organisations – including Aquelarre Subversiva, Mujeres Creando, Warmis en Resistencia, Feminismo Comunitario Abya Yala, Ni Una Menos and many others – have brought attention to and demonstrated against gender-based violence for many years. Several of these organisations have created important spaces for epistemological exchanges among women of all ethnicities, socioeconomic backgrounds, races, religions, sexualities and genders. As many participants of these movements are indigenous women themselves, they understand the complexity of feminism in Bolivia and recognise its inherent intersectionality. Deconstructing social, political and culturally ingrained systems in Bolivian society such as the patriarchy and machismo, as well as combatting the injustices behind the racial and class hierarchies, are included in regional and national feminist agendas. Many of these movements have a powerful online presence. Their Facebook pages and websites are often interactive safe spaces where women can share their stories and discuss the changes they would like to see in Bolivia. Many also use art as a tool to incite discussion and societal transformation, ranging from performance and street to written and (audio-)visual arts.

Bolivian feminist organisations have brought attention to and demonstrated against gender-based violence for many years.

Both men and women are also calling upon the arts to denounce gender-based violence in Bolivia. Since film has been and will continue to be a tool for protesting against injustice and demanding societal changes, Bolivian filmmaker Italo B. Velez decided to stand in solidarity with Bolivian women and write the script for Antes de que nos olviden (Before We Are Forgotten), a medium-length film that will be produced with the support of the internationally acclaimed Fundación Grupo Ukamau – an organisation initiated by the Grupo Ukamau cinema collective – and director Jorge Sanjinés in the hopes of opening spaces for dialogue and reflection about feminicide and the delay of justice in Bolivia.

Antes de que nos olviden tells the story of two sisters, Maurin and Luisa, who after the murder of their mother are forced to live with their uncle, Vicente. Due to their precarious economic situation, Maurin has to work daily at a market in La Paz. Vicente takes advantage of her absence to sexually abuse Luisa, who, unable to bear the assaults any longer, takes her own life. When Maurin learns the reason behind Luisa’s death by suicide, she presses charges against her uncle. However, despite Vicente’s guilt and Maurin’s best efforts, the corrupt justice system ensures that the trial lasts for more than 15 years. Maurin, gravely affected by the turbulent trial that lasts for so long, may have to make a heavy and difficult decision. 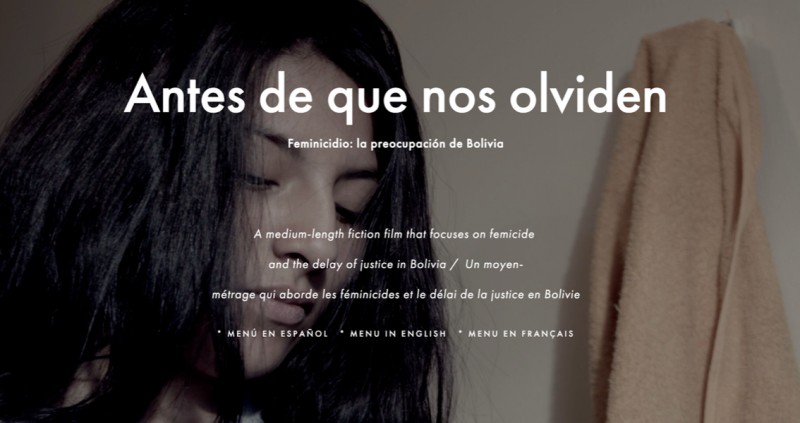 Although Antes de que nos olviden is a fiction film, it unfortunately reflects the sad reality too many Bolivian women still have to face and survive on a daily basis. By November 20th, 2019, the number of women victims of femicides in Bolivia had already reached 103. According to the Observatorio de Género–Coordinadora de la Mujer, a Bolivian digital platform that shares information about women’s rights and the abuses of these rights, 13 women were victims of sexual violence daily in 2018. Maurin and Luisa’s story may be fictional, but it seeks to reflect this reality and spark dialogue about what is required to put an end to gender-based violence in Bolivia.

While Bolivian women have become increasingly empowered over recent decades, respect for women’s rights should be a cause common to both women and men, and men should support the ways in which women are building their autonomy, requesting that their rights be respected and demanding justice. For Italo B. Velez, men need to actively participate in this dialogue, in the destruction of prejudices and the eradication of patriarchal structures and models. To this end, the Antes de que nos olviden team has joined forces with the organisations Feminismo Comunitario Abya Yala – a Bolivian collective that believes in intersectionality, fights for decolonisation and challenges the patriarchy while promoting the Bolivian-Andean ‘Good Living’ way of life that pursues harmony and balance in all things – and the aforementioned Observatorio de Género. As a result, the film Antes de que nos olviden will be used, after its release, as a starting point for community dialogues organised together with these organisations.

The Antes de que nos olviden team is currently raising awareness about about their film, designing their first crowdfunding campaign (due to launch in 2020) and applying for filmmaking grants from Latin America, Europe and the United States. In order to share information about gender-based violence in Bolivia, and to build a community dedicated to eradicating this violence through film, they have created a Facebook page (@AntesdequenosolvidenBolivia) and designed a trilingual site for the film (www.antesdequenosolviden.com), both of which they invite you to visit.