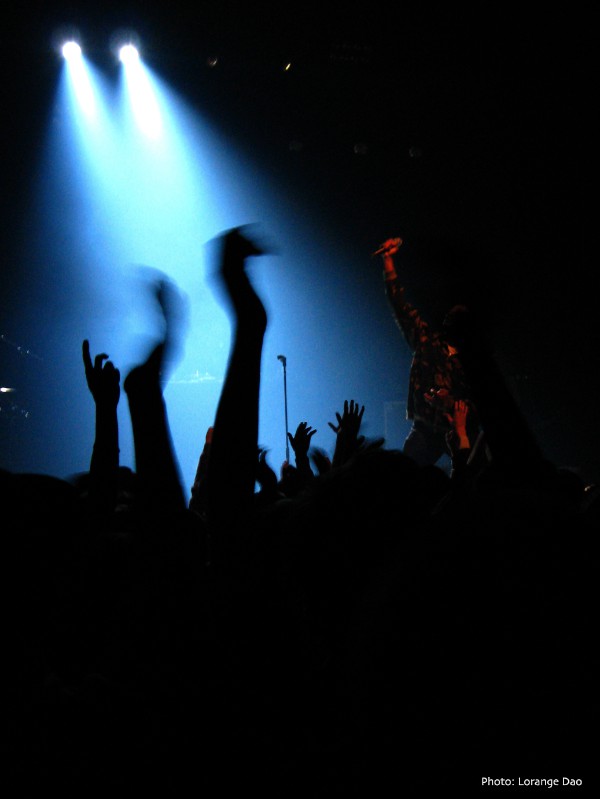 Deep South, also known as Ricardo Prudencio, is a well- known DJ harbouring an obsession for Andean Trance music. Bolivian Express journalist William Barnes-Graham caught up with him in July to quiz another artista paceño about his musical experiences in Bolivia and beyond.

BX: Firstly, is there a club night that you DJ at or go to regularly?

DS: Not really... there are several night clubs in La Paz, but none of them are my style. Traffic, in the Avenida Arce, is the best one, I think. I DJed in Cuzco last week, and in a couple of weeks I’m Djing at a big Andean Trance festival on the Isla del Sol in Lake Titicaca. Lots of international DJs are coming!

BX: Sounds fantastic! So how did you get into trance?

DS: I started when I was 17 years old. I went to Cancun on vacation, and visited an electronic club. That night my life found its purpose: I said, “I should be a DJ!” Since the very first beat I heard I knew that trance was for me and straight away I contacted Erofex and Reika, DJs in the electronic scene, and they introduced me to the party scene. Since 2004 I’ve been a part of Neurotrace. It’s a collective that organises parties, both indoors and outdoors. I have a book with all the flyers of parties I’ve played in it, and since 2004 I’ve collected more than 100 different flyers.

BX: Wow. To have been doing it for so long with such success would suggest that there is a bit of a trance scene in Bolivia; is this so?

DS: Well, the scene is small but strong. There are other trance DJs here, mostly in La Paz, which is the capital of trance. In Cochabamba and Santa Cruz the scene is mostly house music, techno, or minimal. You also get a lot of foreigners in La Paz, who are massive fans of the trance parties we hold, and the paceños themselves are big fans too.

BX: That’s not surprising since trance has remained strong in Europe. So, if I wanted to go to a good trance night, where would you recommend?

DS: There are a few trance nights at Traffic, mostly pro- gressive stuff. On Thursdays you can find progressive trance in La Luna bar. Every couple of weeks we hold a big party a little outside of the city, indoors or outdoors, because there’s a law that lets us go on until after sunrise! In the city you can’t legally party later than 4am. It’s like a festival – you can camp with a few friends, party, and then come back to the city.

BX: Awesome, will look out for that while I’m here. Do you have a particular type of trance that you play or listen to?

DS: My style’s psychedelic trance, but I love to listen to all styles of electronic music – chill out, drum & bass, down tempo, progressive, minimal... All styles have their good music, and I believe that there’s one perfect song for each hour and place and moment.

BX: Do you have a perfect song that you always like to listen to or play?

DS: Yes – I have my favourite artists, and all of these artists make music that invoke different feelings. It’s very sentimental music – it can make you cry on the dancefloor! – but it’s a soul-cleansing experience. You know that a dj is like a shaman of the new generation?

BX: It certainly seems like that when I’m listening to a good one.

DS: When everyone is dancing to the same beat, with this music, you usually dance alone, and everything disappears for that moment, all your concerns, all your worries, all your problems... I love that moment, I live for that moment. Of course, many people think that electronic music is for drugs, but I hate when that environment turns beautiful dancing into shit. There’s no drug like the drug of music one might say. Hell yeah!! BX: Do you feel that drugs in clubs are a big problem? DS: You can always count on the music to take you out of this world. I’m part of a group that’s organising a big music festival in La Paz in October called Samhain festival. It’s going to be 3 days, in a castle in the jungle of La Paz. Here we’re trying to change people’s point of view of partying. We have lots of different workshops and ecological trekking; we teach people to love mother earth, to recycle. Hopefully we will have 1000 people this year and our goal is to show everyone that you can party and have fun without those powerful and some- times really harmful drugs. It’s a very difficult thing to do but we try... And we’re starting with ourselves! Haha! BX: Do you think that trance is surely going to grow in La Paz thanks to initiatives like the Samhain festival, then? DS: Yes. I think that trance culture is growing very fast: there are more and more people at trance parties every time. Hopefully we can set a good example and teach other organisers how to really make a festival – it’s not for money that we do it, it’s for the feeling throughout and at the end. Trance is a lifestyle, and we need to take our lives far away from all dark things, dark people, dark thoughts, and start respecting our body, which is the biggest present we have.

BX: Do you feel that some of the older Bolivian music might be lost because of the new electronic movements that we are witnessing?

DS: Some music is meant to disappear, I think, but the real ancestral music will never be lost. You still get songs from 10 or 15 years ago on the radio. Though electronica might be is the future of music, the roots will always be here, and folk music will always be precious to the people here. Their minds might not yet be reader to make the transition to electronic music, but someday they will be... The younger generations seem to like