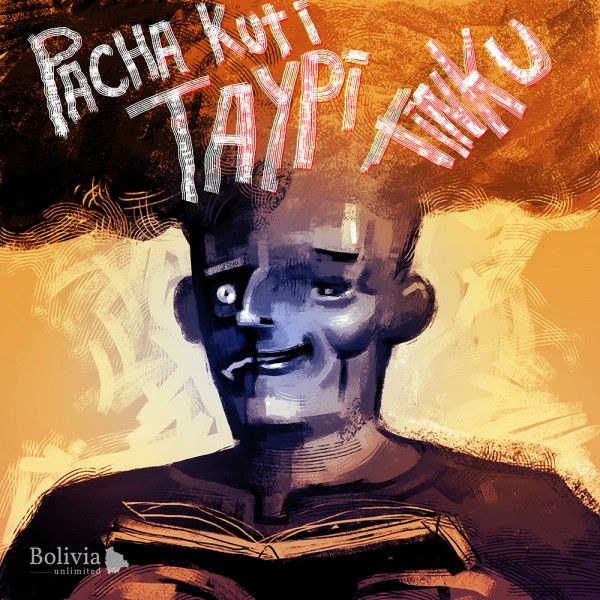 The Quechua and Aymara people of Bolivia and Peru have a cosmological vocabulary that helps to describe the relations between contradictory forces in nature. Below is a selection of indigenous concepts that describe the nature of these contradictions:

Pachakuti: This word can be broken down into the suffixes pacha, which means ‘world’, and kuti meaning ‘upheaval’ or ‘revolution.’ Pacha can be broken down further into pa, meaning ‘dual’, and cha, meaning ‘energy’, describing how the world is defined by duality. Pachakuti is used to describe a general transformation of order or a paradigm shift. According to the pueblos andinos, the last pachakuti occurred with the arrival of the Spanish, around 500 years ago. Some even claim that we are in the midst of another pachakuti right now!

Taypi: This refers to a place where everything unites or reunites, the centre of the universe. For example, some believe that the ancient site of Tiwanaku, near Lake Titicaca, is a taypi. It’s a meeting point of all positive and negative forces where contradictory forces can cohabit, creating equilibrium with their union.

Tinku: Whilst a simple translation into Spanish is un encuentro (‘a meeting’), tinku has a much more profound significance in Andean cosmology. It is a meeting that seeks to resolve tensions that exist between two parts, a point where two forces travelling in distinct directions connect with the intention to achieve taypi (see below). It exists not just conceptually but as a physical ritual performed to consolidate opposing groups. Tinku is the name for ritualistic fights between two communities, and while these might appear to be violent, their function is to unite two opposing factions.

Yanantin: This refers to things that belong together, like a pair of eyes or hands.Yanantin is often used to describe the concept of marriage. By allowing the forces of two halves to meet, the opposing forces are joined together. All social equilibrium depends on the exchange of forces situated in a taypi, in which the different forces meet and ultimately achieve una igualación known as yanantin. On a human scale, in terms of marriage, yanantin is the application of a principle of opposing forces that exist in hierarchical relationships, for example, when a male presides over a female in activities associated with his gender, whereas a woman presides over traditionally female activities.

Masintin: Yanintin is often seen more as ‘yanintin-masintin’ which embodies the concept of complementary opposites. The reciprocity consolidates the unity of the two components making them one. Yanantin and masintin regulate the relations that an individual has with the outside world in a both literal and cosmological sense. Masintin describes the process by which the yanintin pair is paired.