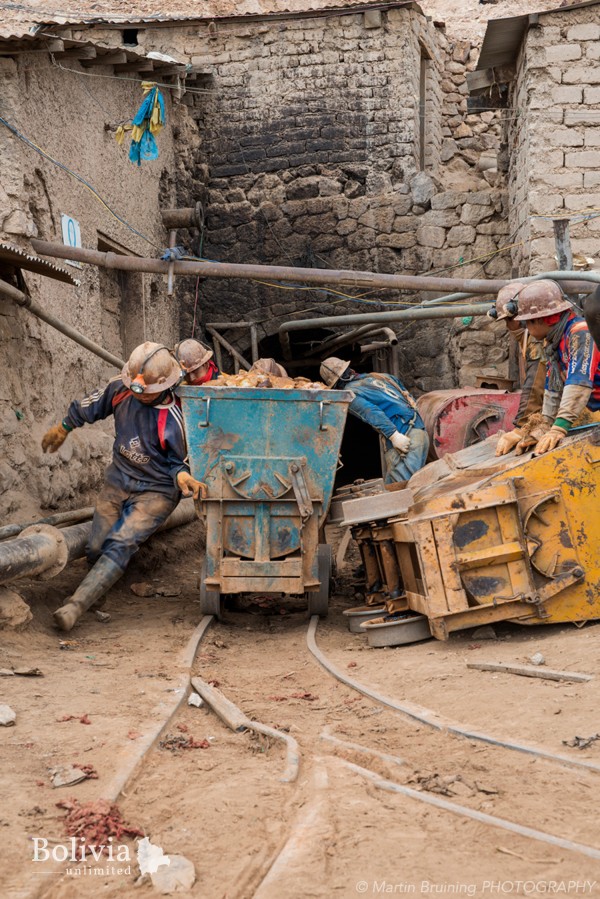 Breaking the cycle of the Cerro Rico

Potosí might lay claim to being one of the highest cities in the world, but it is still dwarfed by the conical height of Cerro Rico. For it is not just the skyline of Potosí that the ‘Rich Mountain’ dominates, it also seems to rule over the lives of its people. The vast amounts of silver inside the Cerro made Potosí one of the Spanish Empire’s most prised possessions, supplying Spain with the majority of its silver during its New World rule.

Although 2018 feels a world away from this time, and even though Bolivia has undergone many changes in recent decades, Enrique Paz, coordinator of the Netherlands-based charity called Amigos de Potosí, says, ‘Virtually nothing has changed in the Cerro.’ The death toll in the mines remains high and the life expectancy of those who make a living inside the mountain is less than 40. The costs are high for working in the mines and the rewards are few and far between.

According to Paz, whose charity has been working the area for 25 years, ‘Miners who achieve success in the mine, who earn good money and enable their family to get out of poverty, are rare. The majority of them end badly. This is the cycle.’

Holding the cycle together is the fact that ‘In Potosí there isn’t another source of work,’ Paz explains. Directly or indirectly, everyone works for the mines, as was evidenced by the scale of unemployment that followed the drop in the price of tin in the 1980s. It was not just the miners but all of the inhabitants of Potosí’s who suffered. The town lost around 60 percent of its population.

In this particular context, the aim of Amigos de Potosí, which is to teach alternative skills in local schools and give people the chance of working outside of the mines, is therefore far from simple. Other organisations with a similar goal have already failed because having a formal degree makes little difference when all of the prospects for employment revolve around the mining business.

‘It’s not enough to just provide an alternative trade to working in the mines; you have to work in supporting the growth and development of personality.’ 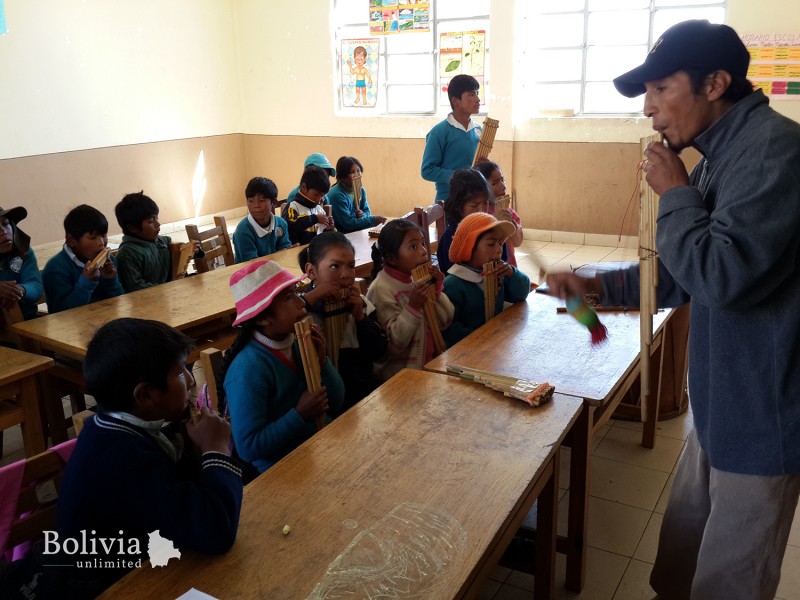 The cycle that one enters just by being born near the Cerro Rico is as complex as it is ‘fateful.’ It isn’t uncommon to see children as young as 12 walking into the bocamina, where it is a matter of minimum strength instead of a minimum age for labour. For these pre-adolescents working underground can put a smartphone or a new pair of trainers within their reach. It seems that more than the Cerro itself, ‘this [material reward] is what traps them,’ Paz says, rendering education less and less attractive for the youth of Potosí. This is perhaps why efforts by charities to support mining communities financially have been frustrated. Their work becomes obsolete once teenagers enter the mine and become productive on their own.

Amigos de Potosí, however, has a unique primary focus. As Paz explains, ‘It’s not sufficient to provide [young people with] an alternative trade to working in the mines. It’s also necessary to work in supporting the development of their personality, to strengthen the growth of their personality.’ The need for this is particularly pertinent for families that migrate from rural areas to Potosí with the hope of improving their quality of living. Such hopes are mercilessly shattered as ‘they find another reality,’ Paz explains. This is not only due to language barriers, since migrants are often of Quechua-speaking regions, but is manifested in other things, such as clothes and customs in general. It is the women and children who follow the men to the Cerro who experience this culture shock most keenly. The children tend to be marginalised in school and become timid and introverted as they struggle to interact socially, which significantly hampers their personal development at a crucial age.

Teaching music is one of the ways in which Amigos de Potosí helps children tackle these challenges. Over the past four years, teaching indigenous music to schoolchildren has given way to the formation of a small band that participates in marches and parades in the city. The opportunity to ‘learn something that is theirs,’ says Paz, and to be applauded for it encourages them to feel pride, rather than shame, in their indigenous roots and their identity. This also allows previously introverted children to gain confidence in expressing themselves, and to mix in with their contemporaries.

‘This type of education, which helps strengthen their personality, opens up the possibility of a different future for them,’ Paz says. ‘They can see a future, they can view life with joyfulness, which is something that is very difficult to teach,’ he continues. Despite the value of intellectual and practical skills, ‘if they don’t see life with happiness, this life is destined for failure,’ he says.

This fundamental outlook, to ‘always see children as people, with distinct possibilities’, is present in all of the initiatives of Amigos de Potosí, from the the Invernadero Escolar pilot project, to taking children to the cinema to see the feature film Coco. Although these initiatives might seem basic, their long-term effects are significant. The greenhouse project not only provides a sustainable source of food for schools but it also teaches students about organic production. One cinema trip helps children begin to develop the confidence to interact with people outside of their community. Even such seemingly minor steps, can make the difference for to these children and set them in far better stead for the future.

The future, however, is a complex concept in these parts of Bolivia. ‘The miner doesn’t see the future,’ says Paz. This not only applies to their daily lives, where the dangers of working in the Cerro Rico make tomorrow an uncertain occurrence, but also in the long-term prospects of fluctuating mineral prices and dwindling natural resources. Nonetheless, the resolve of Amigos de Potosí is clear even in the face of such complications. ‘We encounter resistance,’ says Paz, ‘including from the miners’ cooperativas, but we have to do it, we continue doing it, and we are going to continue doing it. We would like to do more ambitious projects, strengthen personality but also teach manual and intellectual skills, but this will be seen in time… We are treading slowly but firmly,’ he says.

Over the past decade Amigos de Potosí has reached more than 2,000 children with almost 25 projects. It is perhaps its specialised focus that has allowed the organisation to succeed in such a complex environment. Rather than trying to implement sweeping changes, they have worked on a personal, day-by-day level to improve the present for these children and to give them the tools to build a better future.